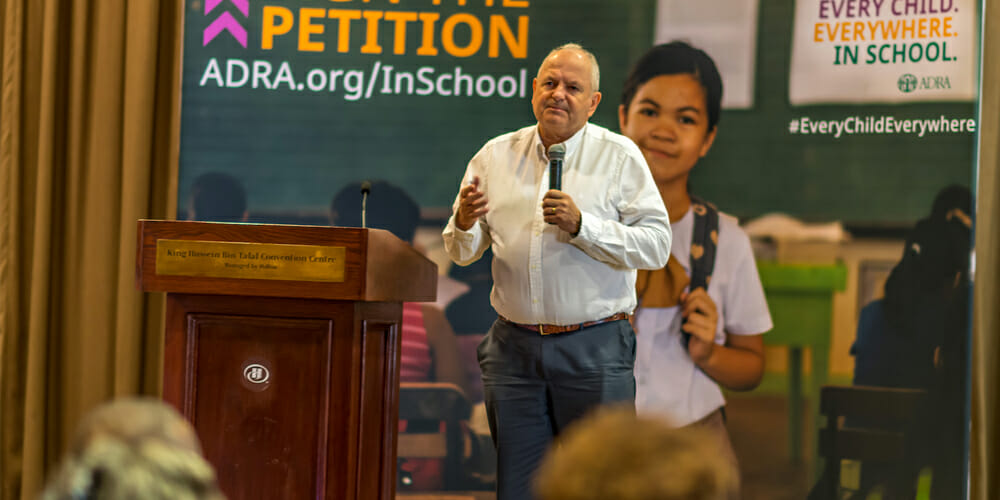 The aid organization is looking for a million signatures for global education advocacy.

The Adventist Development and Relief Agency (ADRA) announced a new global advocacy campaign called “Every Child. Everywhere. In School.” The campaign is an urgent call to leaders around the world that all children, regardless of race, age, nationality, gender, religion, or origin, have a right to earn and complete an education, and that being in school is a recognition of the value and potential of each child.

The campaign aims to collect one million signatures by 2020 through grassroots efforts in collaboration with the Adventist Church, to petition world leaders to take action for children to receive an education and live free from exploitation and the shackles of intergenerational poverty. Already, 131 ADRA offices around the world have pledged support for this global campaign.

“Every child is a child of God — precious, unique, and filled with incredible potential. However, poverty, marriages at young ages, inequality, disability, and many other factors are keeping an unacceptably high number of children out of school,” said ADRA president Jonathan Duffy. “It is the reason we are calling for greater investments in education globally and increased access to quality education for all children. It’s time that we make education a top priority so that every child can fulfill their God-given potential.”

A 2018 UNESCO study reported little improvement in the reduction of the number of out-of-school children, adolescents, and youth since 2012, and that since 2016 more than 263 million children around the world are still out of school. This represents nearly one-fifth of the global population of this age group. Additionally, high poverty levels were reportedly linked to out-of-school rates.

Additional statistics are likewise sobering, as the study reported that around 90 percent of children with disabilities in the developing world are not in school and that refugee children are five times more likely to be out of school than non-refugee children. It is also estimated that 25 million primary school-age children have never attended school, and probably never will if current trends continue.

Experts in the field believe a child who is out of school is more vulnerable to human traffickers and recruitment by militias, and at increased risk of early marriage, teen pregnancy, and child labor. “Without education, disadvantage lingers, and children become trapped in intergenerational poverty,” they emphasized.

“The ‘Every Child. Everywhere. In School.’ campaign builds on the Seventh-day Adventist Church’s long tradition of responding to the needs of all human beings, namely to stand up in favor of human rights, the well-being of children, and the protection and integrity of families,” Duffy said. “It is a call to action for all supporters to stand up with this Adventist-led movement and put into practice those principles we hold true.”

Over the years, ADRA has been a strong advocate on social justice issues, including working with faith-based communities to champion support for refugees, migrants, and displaced persons during World Refugee Day and World Refugee Sabbath, providing assistance to vulnerable families through emergency relief efforts, and giving greater access to children affected by displacement. ADRA has also pushed to end violence against women and girls, having supported the “End It Now” campaign spearheaded by Adventist Women’s Ministries of the General Conference of Seventh-day Adventists.

The original version of this story was posted in the ADRA Press Room. 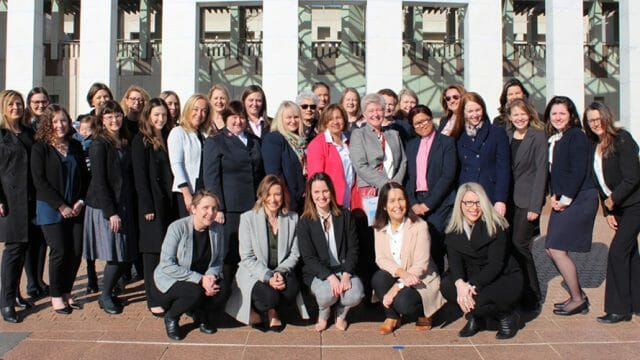 Adventist Women Among Christians Advocating Against Violence in the Pacific 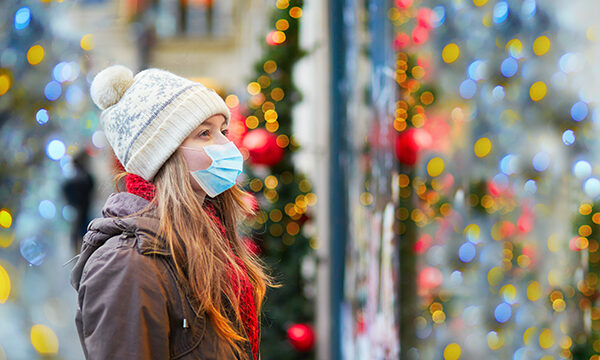 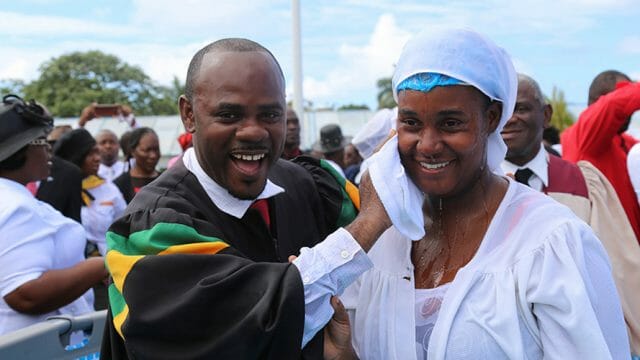 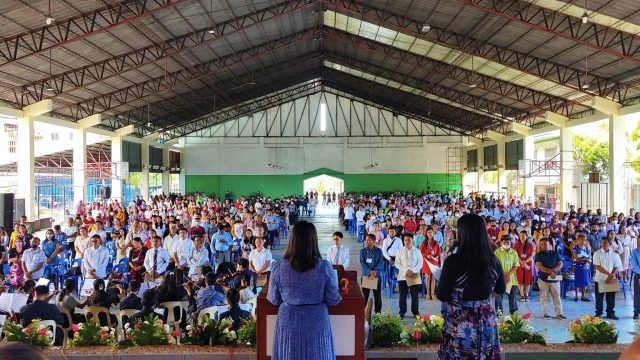 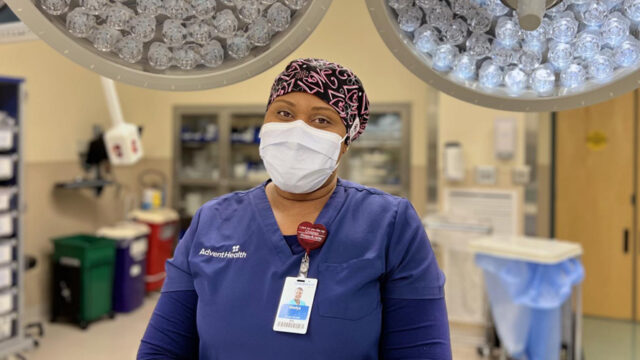