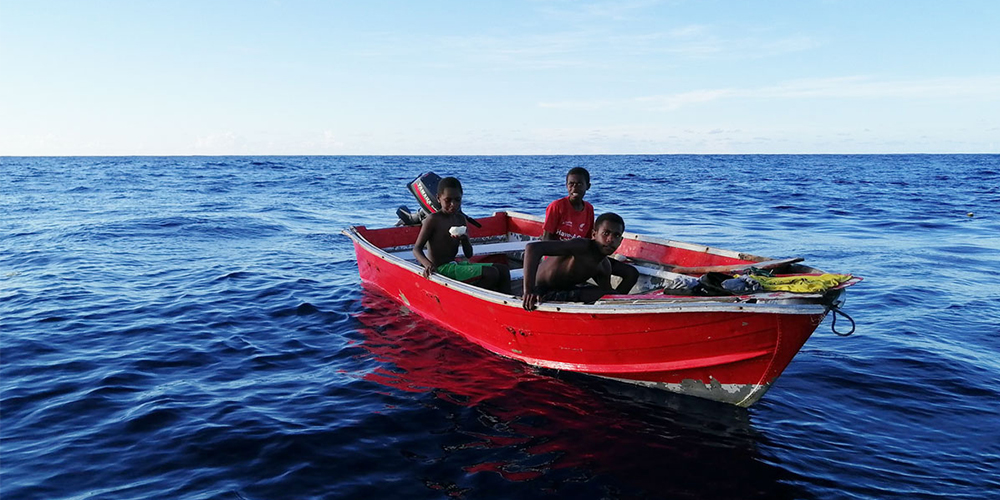 Church leaders in Vanuatu give thanks for prayers and support during the search-and-rescue operation.

After being lost at sea for more than 50 hours, three Adventist boys aged 11, 14, and 16 were located by a flying search-and-rescue team, after they went missing in the waters off Mota Lava island in Vanuatu, Friday, May 14, 2021.

The search began on Friday evening, with the party consisting of multiple boats and Mark Turnbull’s Wings of Hope plane, and continued throughout Saturday (Sabbath) and into Sunday afternoon, when searchers in Turnbull’s plane finally saw the boys in the open ocean.

The three boys were Pathfinders from Mota Lava island in Torba province and had reportedly gone fishing. People across the Pacific islands were praying for the lost boys throughout the weekend.

According to a post on the Mark and Naomi Turnbull Facebook account, the boys were found drifting east, into “a place where copra ships never go, domestic aircraft never fly, and small boats never pass.”

In another Facebook post, Turnbull described how, from the plane, searchers dropped several items to the boys below, including water bottles (half-filled, so they would float), coconuts, bananas, grapefruit, a waterproof flashlight, and a note saying, “A boat is coming.”

The Seventh-day Adventist Church in Vanuatu issued a statement on May 16 to thank all those across the islands who prayed for the boys and their families, including members of other Christian faiths. The Adventist Church also thanked the government of Vanuatu for its support and for the civil servants who contributed to the search-and-rescue mission over the weekend.

“We [had] been praying and crying earnestly, trusting that God [would] intervene through the effort … put in place to do the surveillance survey around the suspected area. We know that it [has] cost a lot and that similarly [was] a risky exercise,” the statement, signed by Vanuatu Mission secretary Kaio Timothy, read. “Let us continue to keep the unity of faith and the support we [can] give [to] our families who probably need it in a time of crises like this one.”

At the time of rescue, police boats that had joined the search were 10 to 15 miles (16 to 24 kilometers) away and heading to the south, away from the boys.

“The solemn realization has now hit us that if we had not gone way out there to the east … (where boats or planes just never fly), most likely these three boys would have been lost … maybe never to be seen again,” Turnbull wrote in his Facebook post. “I feel like saying, ‘Hallelujah! Mission accomplished!’ ”