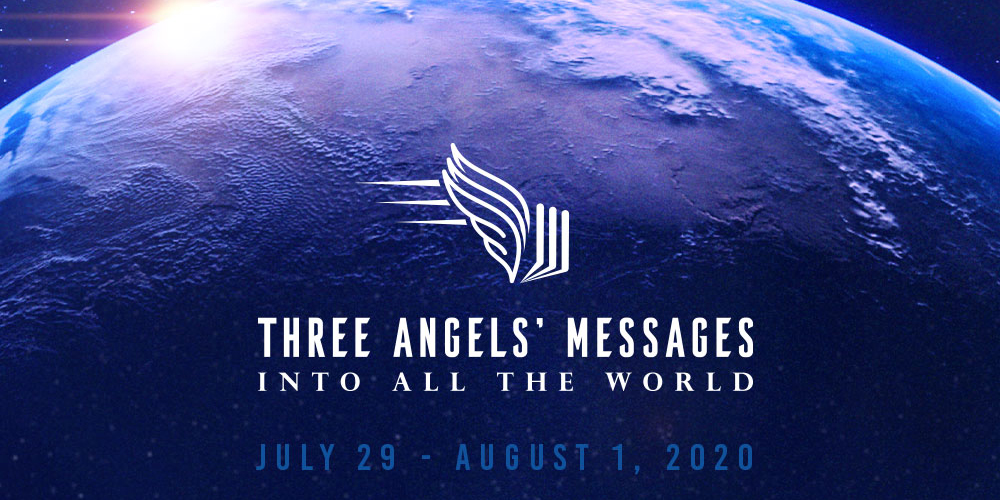 Church members are invited to enlist to share God’s message for the times we live in.

The Adventist-Laymen’s Services and Industries (ASi) 2020 convention opened virtually on the evening of July 29, 2020, with an unambiguous call to share Jesus and the three angels’ messages recorded in Revelation 14 with a world in search of answers.

“More than any other time, at least in my life, we have seen people have an interest as they are looking for an answer,” said North American Division president Alex Bryant, who greeted the thousands who registered for the online-only event. “We can share with them that the only solution is found in Jesus Christ and His three angels’ messages.”

Adventist World Radio (AWR) vice-president Kyle Allen agreed. “God has been using this pandemic time,” he said as he detailed some of the evangelistic initiatives AWR is rolling out around the world. “It has given us wonderful opportunities to reach other people.”

Under the motto “Three Angels’ Messages: Into All the World,” the ASi 2020 event is zeroing in on one of the Seventh-day Adventist Church’s long-standing key messages. “For Seventh-day Adventists, the three angels’ messages in Revelation 14 are a rallying point. They define who we are as a people and describe our mission to the world,” read the description of the opening message by international evangelist and keynote speaker Mark Finley.

Historically, the three angels’ messages have been defined as an interpretation of the messages recorded in Revelation 14:6-12. Seventh-day Adventists teach that the purpose of these messages is to prepare the world for the second coming of Jesus.

During the ASi Convention’s opening program, viewers were able to answer an online poll, which revealed that for many Adventists, the connection between the two is not so clear-cut. Part of the event, leaders said, will try to bridge that gap.

During the two-hour program, several leaders highlighted the role that lay church members — those not employed by the Adventist Church organization — can play in taking God’s message to the people who need it.

For Bryant, it is something personal. “I came to the Seventh-day Adventist Church because a layman got involved, someone who gave Bible studies to my family,” he shared.

But it’s the partnership between lay church members and the organized church that can synergize the potential of both for mission, leaders said. In a recorded welcome message, Adventist Church president Ted N. C. Wilson called this collaboration “wonderful.”

“What a privilege is to share the three angels’ messages,” Wilson said. “We are together in this.”

According to ASi vice-president for evangelism Rodney Bowes, the key is first to understand how the three angels’ messages can impact our lives. Bowes reported on a new website that seeks to activate lay members to be trained and willing to share God’s message with an increasing number of people. The website “The 3AM Call,” which incorporates the three angels’ message name, includes resources to train and help lay members who are willing to get involved.

Bowes explained that people can sign up on the new site to become an online missionary. In partnership with the Center for Online Evangelism, the site will include courses on health evangelism, a completely redesigned edition of the New Beginnings Bible studies, the Grow Your Church initiative, and many others.

Bryant highlighted the importance of an option like this. “I believe hundreds of thousands of people will be drawn to Jesus thanks to this initiative,” he said.

In his keynote speech, Finley celebrated the chance of holding the convention even in the face of the current situation.

“God knew this would happen beforehand, and He has special blessings for us,” Finley said. “God will do more than we can imagine.”

Finley explained that, according to him, there’s life-changing power in the three angels’ messages. It’s all about placing that message within the context of the great controversy between God and Satan, and understanding that Satan has already been defeated.

“God has broken Satan’s code,” Finley said, using a wartime metaphor. “The book of Revelation cracks the code. God is never caught by surprise. And in these last days, He has a special message,” he said.

According to Finley, the message of Revelation 14 is the core of the whole book and is “tailor-made for the time we are living in.”

He traced the beginning of the Adventist movement, during the 1840s, to a time of turmoil and upheaval. “Social and religious revolutions were changing the world as we know it,” Finley said. “But at the same time evolution was developing, God had a message that calls everyone to worship the Creator.”

Finley explained that both evolution and communism put a low value on human life and dismiss the need for a Creator.

“But God raised a divine movement of destiny that would get to the end of the world,” he said.

According to the event organizers, the 2020 convention includes 31 speakers, 143 exhibitors, the presentation of 45 projects, and 38 sessions. The event finishes on the evening of August 1. 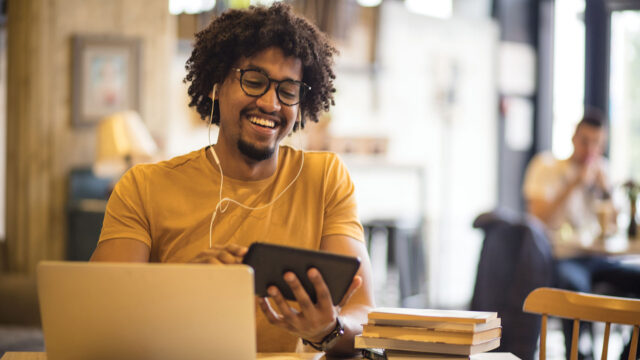