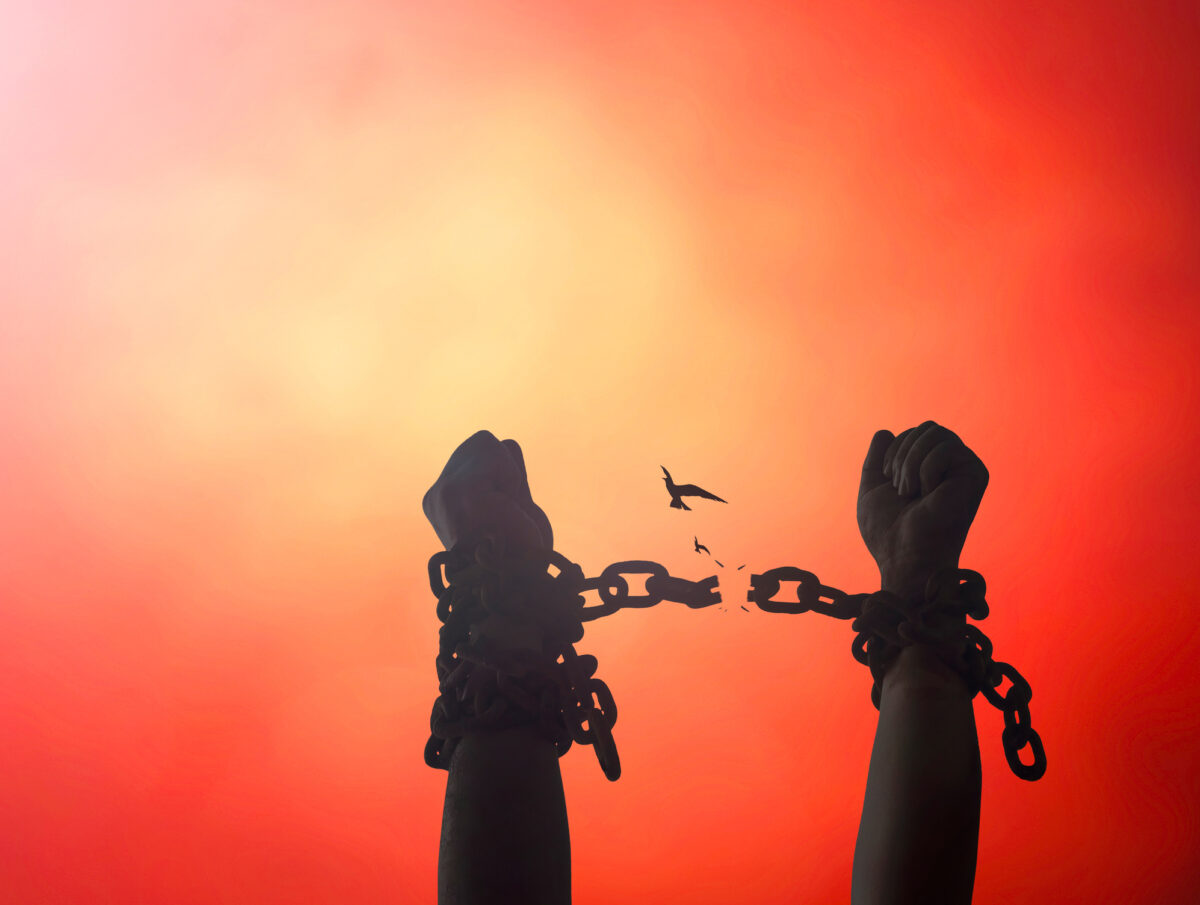 Seventh-day Adventism was racially integrated throughout the first decades of its existence, a fact underlined by the recent discovery of a second African American minister who served the growing movement in the 1850s and 1860s. John W. West was born into slavery in Baltimore, Maryland, on December 25, 1816. He was later sold into the Deep South and lived in New Orleans for several years.1 Early in life he developed kyphosis, a condition usually caused by degenerative disc disease, or osteoporosis, and for much of his life he was known as “a little hunchback slave.”2

When a slave, he converted to Christianity at the age of 23, in September 1840, and joined the Methodist Episcopal Church. According to West, a few weeks after his conversion he “felt it duty to go and call sinners to repentance, and to tell what the Lord had done for [him].” His class meeting soon recommended that he be a class leader (which granted him membership in the Quarterly Conference) and his class leaders’ meeting later advocated that he be granted a license to exhort. “This was granted me,” West explained, “and I increased in faith, and God carried on His work in adding souls to His people.”3 As the slave mission continued to grow and West increased in his ministry, his presiding elder granted him a preaching license in 1851, authorizing him to preach regularly in New Orleans.4

About 1853,5 West attained his freedom and lived the rest of his life in Smithfield/Peterboro, New York. The details of his liberation are unknown, but in the Advent Review and Sabbath Herald he related that “God, through His divine providence, had brought [him] out of the great southern Sodom . . . and landed [him] safe on free soil in the State of New York.”6 In the early twentieth century John N. Woodbury, a longtime resident of Peterboro, stated that Gerrit Smith brought West to Peterboro.7 Smith was a radical abolitionist and well-known philanthropist who “spent tens of thousands of dollars purchasing the liberty of slaves,”8 so it is possible that he purchased West’s freedom. However, Smith was also heavily involved in the Underground Railroad, and additional documentation reveals that West may have escaped from New Orleans. The eminent author and statesman Horace Greeley knew West personally and stated that he was “once a preacher among his enslaved brethren until he became a fugitive.”9 Thus, West possibly escaped from slavery via the Underground Railroad through the direct assistance of Gerrit Smith.

Gerrit Smith was a leading social reformer and three-time U.S. presidential candidate. In the early 1840s, he joined the Millerite movement, and he and his wife, Ann, “faithfully read the Midnight Cry.” In “January 1843 Gerrit wrote to its editor, Joshua Himes, to say that its message ‘has become the uppermost subject of our thoughts.’”10 After experiencing the Great Disappointment, Smith was also led to accept the seventh-day Sabbath. Though he never joined the Sabbatarian Adventist movement, he knew several of its members personally.11

Smith regularly entertained Millerites and Adventists on his estate,12 but West remained the closest to him. West had not been a Millerite, but within less than a year of his liberation he joined the Sabbatarian Adventist movement.13 In November and December 1853, Samuel W. Rhodes and George W. Holt itinerated through Madison County, New York, and were in Peterboro on several occasions.14 Rhodes (and possibly Holt) had known the Smith family for many years, and it was probably through their efforts that West converted.15

Shortly after his conversion, West met James and Ellen White.16 West told them about his ministerial experience and his deliverance from slavery. The Whites were impressed by West, intrigued by his story, and apparently asked him to share his experience in the Review and Herald. West began to correspond with James White after their meeting in mid-February, and his brief autobiographical account eventually appeared in the Review in September 1854.17

Since West had served as a Methodist preacher, he soon joined the ministerial ranks of the Sabbatarian Adventists. Because of his disability, however, he never itinerated, as Adventist ministers typically did. Rather, Gerrit Smith allowed Sabbatarian Adventists to regularly meet in the Free Church that he had built in Peterboro. In November 1854, West explained, “I rejoice through the help and providence of God that a way has been made by which we can have a seventh-day Sabbath meeting in Peterboro. The arrangement has been made to meet in the Free Church in the afternoon of the day at 1 o’clock, every Sabbath.”18

West ministered primarily to White congregants in Peterboro, including the Parmalee and Hostler families. James A. Parmalee was particularly close to West, and the two formed a close friendship. The two men were about the same age, and when Parmalee died unexpectedly on November 15, 1854, West eulogized him in the Review, stating, “Our dear Bro. Parmalee, who was with us at our first meeting, and with whom we have convened so often on the Sabbath, now sleeps in Jesus.” After exhorting his readers to “live the life of the righteous,” as Parmalee had done, he expressed his longing to “keep God’s Sabbath [with his friends] in the New Earth.”19

The Hostlers also deeply respected West. Because of his disability, West remained very poor, and he received the Review through the kind donations of fellow Adventists. Aware of his condition, James White called on Adventists to support West directly, and Benjamin Hostler was among those who did so; it was Hostler who paid for West’s Review subscription during the last years of his life.20

Though not a Seventh-day Adventist, Gerrit Smith regularly listened to West preach and found him to be a powerful orator with a melodious voice. Smith regularly invited him to “lead in singing at the [non-Adventist] class meetings at the Free Church.”21 So deep was Smith’s respect for West’s ministry, in fact, that he referred to West as “the Dominie” (Latin for “the minister”). This epithet endured, and his contemporaries respectfully addressed him as “Dominie West.”22

In addition to his ministerial service, James White and Uriah Smith published several of West’s letters to them in the Review. In his letters, West often exhorted Adventists with a pastoral tone. “Let us all begin to trim our lamps that they may give a clearer light to the world, and let us be more than ever determined to fight against receiving the mark of the beast,” he urged. The signs of the times indicated that the end was near, and this made West’s “heart rejoice to think and know that our redemption draweth nigh.”23 In response to a series of articles in the Review on attaining holiness of the heart, West encouraged his readers, “Suffer me to say to you, dear brethren and sisters, from experience, that keeping the heart with all diligence is the only possible way that we can overcome.”24 Though unable to travel on a preaching circuit, West spoke to thousands of readers through the Review.

Horace Greeley referred to West in the New York Tribune as Gerrit Smith’s “protégé” and stated that those who had “been guests of Gerrit Smith [would] remember” him.25 This statement reveals much about West’s life in Peterboro. After Smith rescued him from slavery, he also provided him with a home and business on his large estate.26 In his small store, West sold groceries, Smith’s abolitionist publications, and other paraphernalia; worked as a cobbler; and mended textiles.27 Since he resided on Smith’s estate, West regularly conversed with Smith’s numerous visitors, which included many of the nation’s leading reformers, such as Greeley, Sojourner Truth, Harriet Tubman, Frederick Douglass, John Brown, Susan B. Anthony, William Lloyd Garrison, and Elizabeth Cady Stanton. Like Greeley, these reformers likely knew West personally and recognized that he was part of Smith’s abolitionist circle.

In 2011, artist Hugh C. Humphreys featured Dominie West in his National Abolition Hall of Fame painting Come Join the Abolitionists. The painting depicts an imagined abolitionist meeting in Peterboro about 1850. Humphreys describes his painting as an imaginary day in Petersboro that begins and ends with West, who is prominently featured in the foreground. West is clothed in ministerial garb, and Humphreys imagines him shouting to the people, “Come join the abolitionists.” Viewers are then drawn to listen to Frederck Douglass, Gerrit Smith, John Brown, and others who denounce the evils of slavery and racism.

Humphrey’s imaginary day ends with West preaching from Psalm 121, reminding his audience that “God protects this holy place, this Peterboro” because its people do not tolerate racism. In this way, West, through Humphreys, reminds the painting’s contemporary viewers of the ongoing need to fight for justice.28

On Christmas morning 1868, on his fifty-second birthday, John “the Dominie” West died (of unknown causes) in his store.29 Horace Greeley wrote his obituary for the New-York Tribune, and because many prominent Americans knew and respected West, it was reprinted in numerous newspapers throughout the country, from Massachusetts to California.30

Gerrit Smith arranged for the burial and marked his grave in the Peterboro Cemetery with a large marble tombstone. Numerous tombstones in this cemetery state that the deceased was born a slave but died a freeperson, and West’s marker is among them. His tombstone, however, stands out for two reasons: First, Smith inscribed the words “the Dominie” below West’s name, indicating his ministerial prominence in the community. Second, near the bottom of the stone, Smith inscribed: “Deformed in body, but beautiful in spirit.” This epitaph honored West by testifying that he overcame the obstacles he faced in life. Not only did he overcome slavery, but he triumphed over the physical limitations of his body by keeping his heart focused on his Lord and Savior.

Kevin M. Burton was pursuing a Ph.D. in American religious history at Florida State University when he wrote this article.

Apologies, but there are no posts to display.