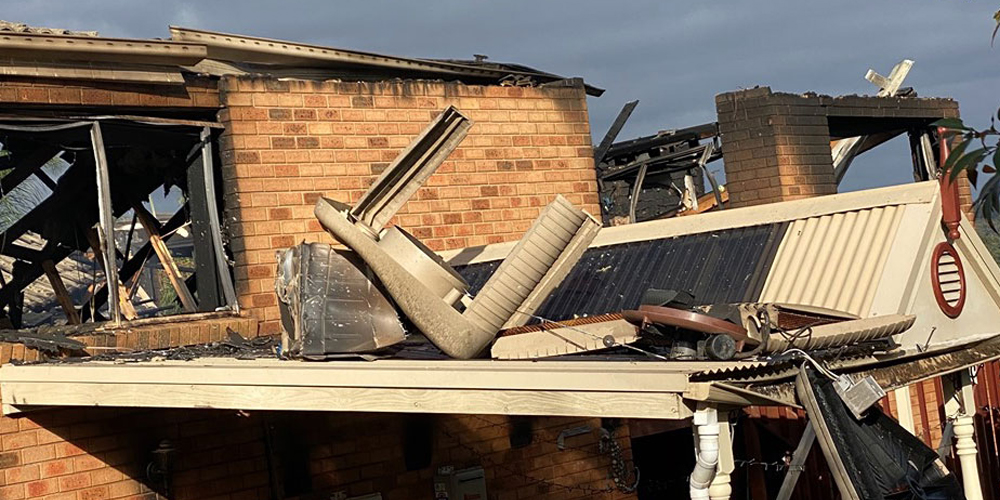 Emergency services were called to the family property at Wandin North, Victoria, on the outskirts of Melbourne, at 12:45 a.m., after a smoke alarm awakened the family.

Brendan said he and his oldest son opened their bedroom doors at the same time to see their house filling with smoke, and flames coming up from the lower level. As they yelled, “Fire!” the family escaped to the front garden. Thinking at first that everyone was out of the house, Brendan realized his youngest son was not with them.

Brendan ran back into the house and entered the boy’s bedroom, which had now filled with smoke. Flames were coming through the heater vents. His son had slept through the commotion, so Brendan quickly woke him and guided him out of the house.

“People say it happens fast, but I didn’t realize how fast,” Brendan said. “By that stage, the fire engines, police, and ambulance had already come.”

Thankfully, the family was unharmed, but they lost their family pets, including a cat and two reptiles. Those who know the Pratt family are aware that they love reptiles, and these animals were very much a part of the family, so the loss has hit them hard.

Since the fire, the family has been busy with insurance claims, bank matters, the work of forensic fire investigators, and trying to make life as normal as possible again. Although it would be easy for Amanda and Brendan to complain in this situation, when speaking with them, they focus on the people supporting them during this difficult time.

“People are really, really kind,” Amanda said. “They have sent nice messages and are really empathetic. We found that when we were in need, people we hardly knew invited us into their house and sat us down at their table in the middle of the night and looked after us.”

The local community have also been very helpful to the family. The school provided the children with uniforms, bags, textbooks, and laptops; friends have provided class notes; and another pastor and his wife have opened their doors to the family so that they can stay close to their school, work, and the children’s friends.

The Pratts have also seen the generosity of strangers, with some paying for their clothes and giving them discounts as they purchase necessities at local shops.

Amanda and Brendan said they are used to providing help and assisting others, so they felt embarrassed when they found that a GoFundMe page had been created to assist them. “As I say, there are beautiful people everywhere, and it inspires me to make more of a contribution to my community, because my community, whether that be school, church, or my actual neighborhood, are just really good people,” Brendan said.

On the Saturday (Sabbath) afternoon before the house fire, the family held a Bible study on joy at their house, a study in which the apostle Paul counts all things as joy, even in suffering. The group had discussed Habakkuk 3:17, 18: “Though the fig tree does not bud and there are no grapes on the vines, though the olive crop fails, and the fields produce no food, though there are no sheep in the pen and no cattle in the stalls, yet I will rejoice in the Lord, I will be joyful in God my Savior” (NIV).

As the family goes through this experience, Brendan said, they are reminded of this Bible study and can testify that although it is easy to say that we should rejoice in God in all situations, at times this is hard to do.

“In Romans 5, Paul says suffering brings strength. I am not sure how that’s working at the moment,” Brendan admitted. “I am always preaching that everything, absolutely everything we own belongs to God, and I need to remember that. In the end, it is just stuff; we liked our stuff, but no one was hurt, and that is the important thing.”

He said that even though it is a difficult time for the family, they remain positive, keep their faith, and are willing to live a life for God. 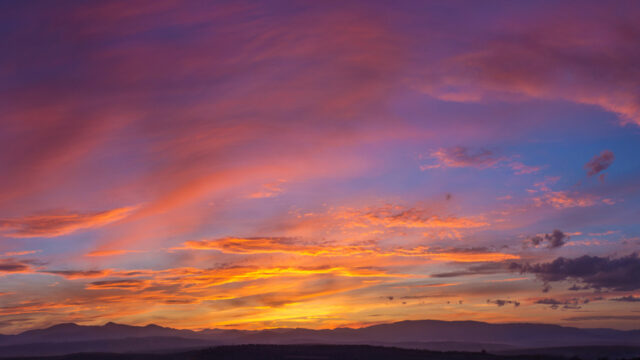 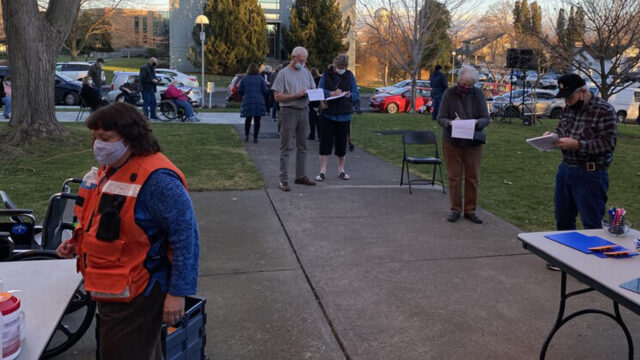 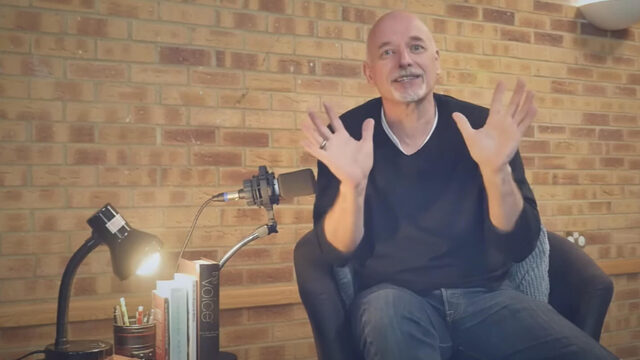