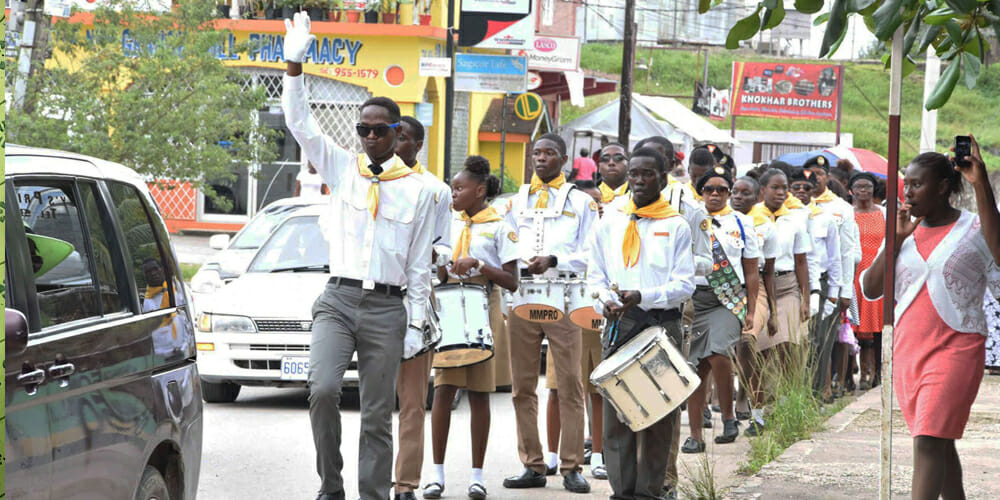 Seventh-day Adventists in the western part of Jamaica organized a community impact program in light of a recent spate of violence in Grange Hill and the surrounding communities, which left seven persons dead, including two children, and another ten persons wounded earlier this month.

Several Adventist churches rallied together on May 5, 2018, to meet, pray and offer counsel to individuals in the community, instead of taking part in the regular Sabbath morning worship services.

Members also took the afternoon to march in the streets and rally at the Marcus White Transport Center, at Morgan’s Bridge, in Grange Hill, accompanied by marching bands from the West Jamaica Conference and the Sandy Bay Adventist Church.

Family Must be a Priority

“This is heart-rending,” said Delgado Black, pastor of the Grange Hill district of churches and one of the organizers of the program. “When I visited the families and areas affected and saw what was happening, it drove me to call for this activity.” He prayed and counseled many persons during the activity.

“I am convinced that we need divine intervention,” he added. Black explained that a lot of people have moved out of the community because of fear.

“We are in full support of a crime-free Grange Hill,” said Black. “We empathize and sympathize with the families and will continue to do what we can to assist in alleviating the pain that they, along with the community, are now facing. We pledge our full support to the community.”

Since the incident, Black said that church leaders have been working with the members of Parliament to organize social intervention program and chart a roadmap to move forward.

Member of Parliament Wykeham McNeill, who was present for the rally said he was thankful to see the Adventist Church there. “I’m thankful to the members of the church, those from Grange Hill who are here, and those from the wider Jamaica, to have come today, to show their support, to show their willingness to work with us to overcome this hurdle.”

“The problem we have here in Grange Hill could happen anywhere in Jamaica, and so we need to work together to build stronger communities, to build more cohesiveness, and a stronger country,” added McNeill.

He also lauded the Adventist Church for the involvement of men and youth in its programs that are involved in church and the community.

Featured in the program was a combined men’s choir of nearly 100 voices from St. James, Hanover, and St. Elizabeth.

Fitz Jackson, opposition spokesman on National Security, lauded the church for caring for the community.

“I’m quite familiar with the Adventists’ community outreach and engagement philosophy and practice, and I want to commend them here and particularly at this time when Grange Hill community has been beset by this savagery,” said Jackson.

Jackson also commended the church for its youth mentorship program and encouraged other community members, who are not even members of the Seventh-day Adventist faith, to join in and give their support. He mentioned the mentorship programs that the church is involved in, and called to strengthen and expand initiatives to shape the minds and inclination of young people in a more positive way.

“It is the preventative steps that are going to determine the long-term achievement of a safe community and a safe Jamaica for all,” Jackson added.

The West Jamaica Conference of Seventh-day Adventists launched a youth mentorship program in March 2017, with the objective of involving 14,000 Adventist young persons each mentoring another young person in their community.

West Jamaica Youth Ministries director Vincent Rose said that he took the activity very personally because he was born in Grange Hill.

“As a church, we have some facilities that we must make available to the community to help with the short-term and long-term solutions because, from all indications, the youth are some of the main perpetrators of crime in our country,” he said.

Rose shared what he thinks could be a way forward.

“We must focus on the youth in our society because the gangs are recruiting them. It is the reason for having responsible adults and youth mentoring them is key,” he said. 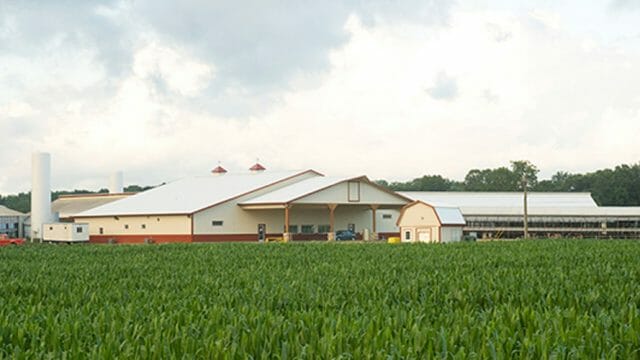 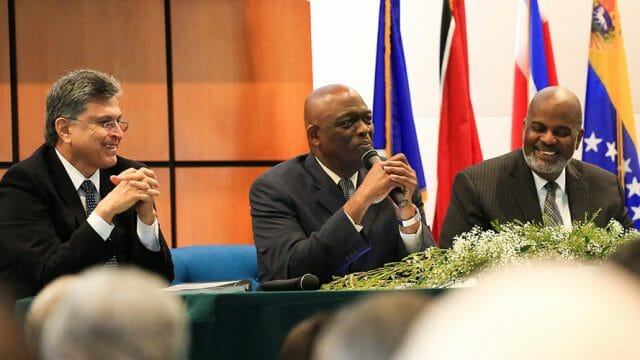