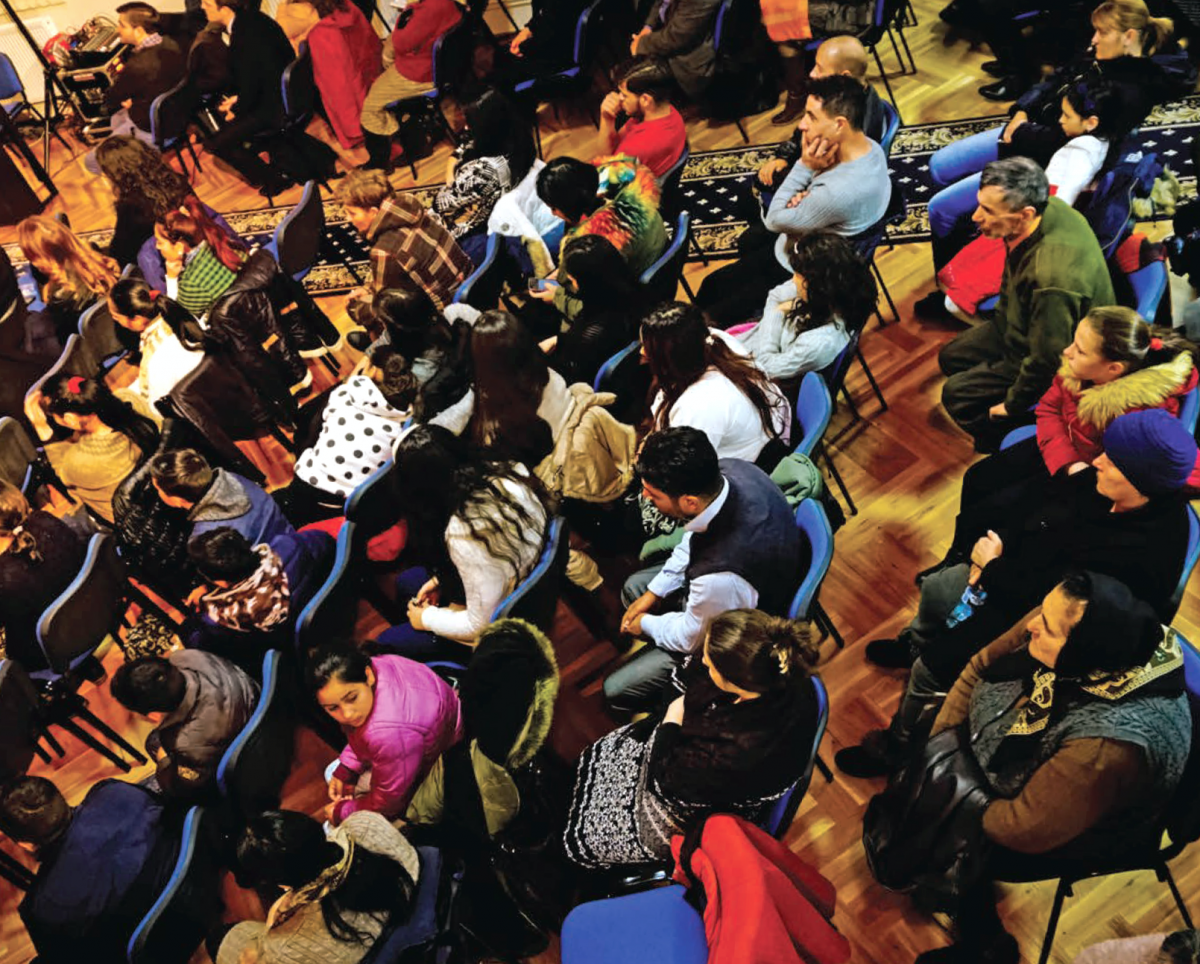 In February and March of this year several European countries engaged in a coordinated large-scale evangelistic effort as part of the global Total Member Involvement (TMI) initiative. TMI aims to inspire as many Seventh-day Adventist believers as possible to participate in mission-oriented outreach activities, including public evangelism.

Initially the meetings were planned only for Romania. But the spirit of the project became contagious, and soon seven additional European nations joined the effort: Armenia, Belarus, Bulgaria, Georgia, Moldova, Russia, and Ukraine.

This month’s cover feature offers a variety of insights on the project itself, and on the experiences of those who participated.—Editors

A groundbreaking evangelistic endeavor surpassed expectations in Romania and will be expanded to other parts of Europe, Seventh-day Adventist leaders said.

Mario Brito, president of the Adventist Church’s Inter-European Division, whose territory stretches from Romania to Spain, expressed delight with a first wave of evangelistic meetings that concluded at more than 1,300 sites in Romania on the last weekend of February 2017.

“This is where we can test evangelism,” Brito said. “It is like what they say about driving in the south of Italy. If you can drive there, you can drive anywhere in Europe.”

The same principle applies to Ro-mania, which has a highly secularized society, like much of Europe, said Brito, who led evangelistic meetings at a site in Romania. The Inter-European Division’s other two top leaders, executive secretary Barna Magyarosi and treasurer Norbert Zens, also led meetings.

“I have a deep conviction that these efforts here can be replicated in other cultures of our division,” Brito said, speaking to a gathering of Romanian and world church leaders as the evangelistic meetings wrapped up in Romania. “This will be the beginning of something bigger.”

Evangelistic meetings were held in February and March at thousands of sites in eight countries of Eastern Europe and the former Soviet Union as part of Total Member Involvement (TMI), a world church initiative that encourages church members to find ways to share Jesus in their communities. The evangelistic meetings represent the culmination of months of prayer, cooking classes, health seminars, literature distribution, and other preparations.

“This experience has profoundly changed the lives of our church members,” said Michael Kaminskiy, president of the Euro-Asia Division, which organized hundreds of meetings in Armenia, Georgia, Moldova, Russia, and Ukraine. “Pastors will now seek to expand their reach in their communities and provide new programs that put church members’ talents to good use.”

Information about the number of people in all eight countries who attended the meetings and requested baptism will be released as they become available, church leaders said. The first major baptisms are expected in June.

“I do not know how many people have come forward for baptism: one or two, five or seven, 15 or 22, 30 or 41, 53 or more,” said Ștefan Tomoiagă, president of the Romanian Union. “But I know that a soul is so valuable that the Father is satisfied with the price paid. Even if only one had come forward, all of this would have been worth it.”

Estimates indicate that thousands of people will be baptized in Romania alone. Duane McKey, who oversees TMI for the world church, said that one Romanian conference president told him that his conference usually baptizes 150 to 200 people a year, but will baptize 1,000 in 2017.

“We never believed that this would happen,” the conference president told McKey. “We are now seeing a revival in Romania that we haven’t seen since the 1990s.”

Romania has about 65,000 church members, the largest Adventist membership of any country in Europe. The key to success has been the Holy Spirit working through lay people and pastors in a united way, said Adventist Church president Ted N. C. Wilson, who preached in Floresti in Giurgiu County, not far from Romania’s capital, Bucharest.

“We have seen God’s Spirit moving in such a marked manner,” said Wilson, whose meetings saw 55 people request baptism. “Church members have become so involved and are so excited to see many people coming to the foot of the cross and asking for baptism.”

He said he was thrilled that the Inter-European Division intends to expand the initiative beyond Romania. “My personal hope is that Romania and other places involved with TMI evangelistic outreach will be catalysts for the rest of Europe’s Seventh-day Adventist laypeople to say, ‘You know, we can do that in our country,’ ” Wilson said. “Certainly, there may need to be some adaptation, but it is simply having everyone doing something for Jesus and sharing the wonderful Advent message in a very active way.”

In Romania the involvement of church members and the engagement of multiple church entities made a significant difference, McKey said.

Adventist World Radio (AWR), for example, featured meetings on its local broadcasts, drawing people to Adventist churches to learn more, said McKey, who was recently appointed AWR president. “We heard about public bus drivers who turned on AWR on their buses, and dozens of passengers came to our meetings and requested baptism as a result,” McKey said.

“I Hugged Every Single One”

Visiting evangelists—both pastors and laypeople—spoke about the meetings with enthusiasm. “My heart is overflowing,” Gina Wahlen, a General Conference employee, said after 41 teens responded to her call for baptism at the Bucharest Adventist Theological Institute, a high school of about 400 students in Bucharest.

“I hugged every single one,” Wahlen said in an e-mail to some of the 130 General Conference employees who preached in Romania.

Six inmates requested baptism in a Romanian prison where meetings were led by Bruce Parrish, a retired prison employee from California in the United States. He said about 50 inmates attended every meeting.

Derek Morris, president of Adventist Church-owned Hope Channel, described a revival at Bucharest’s Invingatori Church, where he preached. Morris told of Stefan, a student from the neighboring country of Moldova who is studying at a university in Bucharest. “His homeland is Moldova, but God had a special blessing for him in Romania,” Morris said. “On Friday evening he requested baptism.”

On the sidelines of the meetings Morris asked Roxana, a violinist who played at many of his meetings, whether she had been baptized. She replied, “No, but God has really touched my heart through these meetings.”

“All I had to do was give her the invitation,” Morris said. “She plans to be baptized this summer.”

An 8-year-old boy, Vlad Gadea, checked a decision card for baptism. “He requested his baptism for March 24, 2024,” Morris said. “Now, that is planning ahead! I affirmed him for his commitment to surrender his life fully to Jesus.”

Morris’ church had 16 requests for baptism and three requests for rebaptism, thrilling the pastor. “Our pastor, Claudiu Goran, openly admitted: ‘I didn’t expect much to happen. This is amazing! Our church is being revived,’ ” Morris said.

God is at work in miraculous ways, and “there is joy when we join Him in His harvest work,” Morris said. “Isn’t that the testimony recorded in Luke 10 after the 70 disciples came back from their first missionary adventure?” he said. “Luke tell us, ‘The disciples returned with joy!’ ”

Morris added: “I’m going back home to the U.S. a changed person. Active involvement in evangelism changes you!”

Andrew McChesney is editor of Mission, the quarterlies for Adventist Mission. 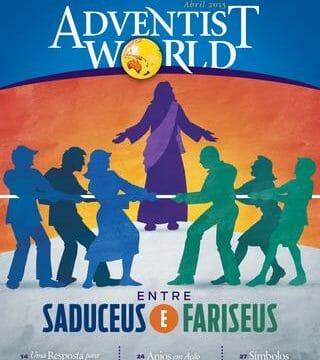 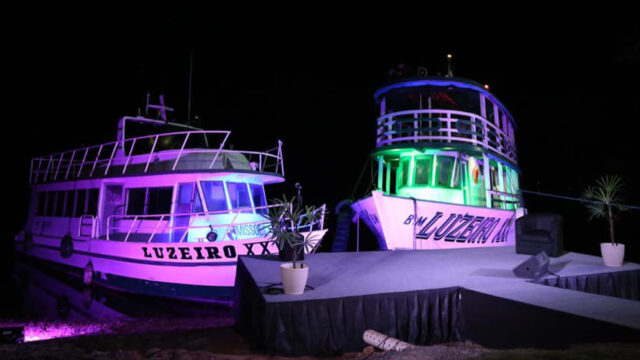 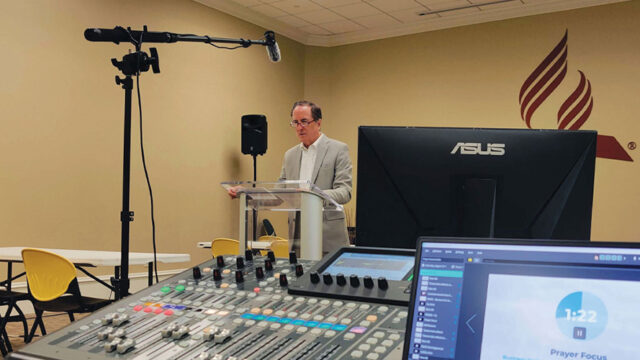 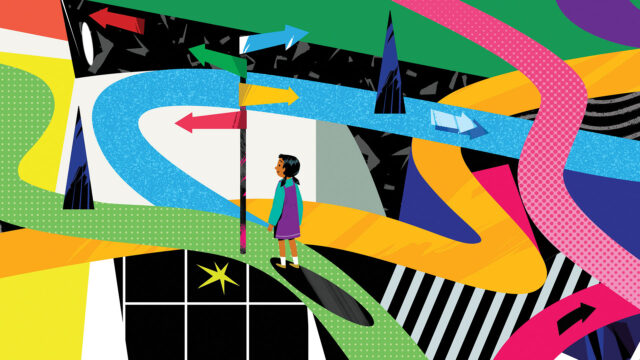 We Are Always Faced With Choices 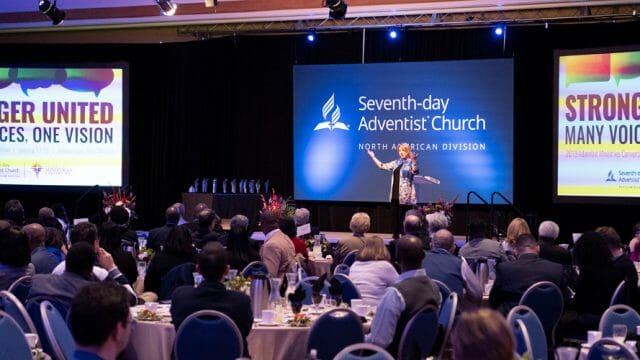