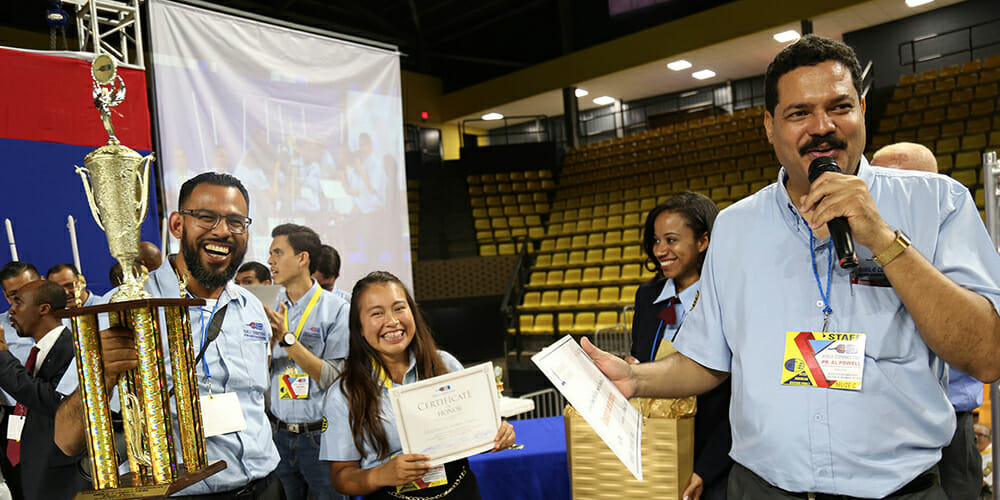 When Edna Ventura Perez heard that the second-place winner had only missed two questions during the final Bible competition program at the Belize City Civic Center, she held back tears and contained her excitement with a smile, because she knew she had only missed one. Moments later, Edna Ventura Perez was declared the winner of this year’s Inter-American Division (IAD) Bible Connection competition in Belize on Sabbath (Saturday), December 1, 2018.

At that moment, Ventura, 27, said she felt the rush of her entire journey through this year, a mix of hard work, tough decisions, and personal sacrifice — yet one that led her to a joyful experience full of blessings and opportunities.

“I’ve been dreaming of getting here and taking part in this event to represent all young people from my church and my union,” Ventura said. She represents the more than 10,000 young people in Chiapas, Mexico, who took part in this year’s study of the Bible books of Matthew and Mark and chapters 6-15 of The Desire of Ages by Ellen G. White, a co-founder of the Seventh-day Adventist Church.

To focus on memorizing and analyzing the Bible study this year, Ventura had to scale back on taking orders in the seamstress business that provides her financial support. She lives at home with her parents and younger sister.

“I decided to focus on encouraging young people at my church to join the Bible competition,” Ventura said. She directs the young people and also leads the Beginner Sabbath School department at the Tuixcum Grande Adventist Church in Motozintla.

For Ventura, focusing on the study of the Bible meant sewing less and making less money but still buying materials for youth activities and Beginner classes at church. “I felt deadlines were stressing my ability to focus on my responsibilities at church and my desire to get deeper into studying the Bible,” Ventura said. She took second place at the union level of the Bible competitions in 2014 and 2015.

Ventura memorized the book of Matthew, wrote out parts of the book of Mark, and read and re-read every paragraph in the assigned chapters in The Desire of Ages. “My prayers were mixed with tears and struggles throughout this experience of making the study of the Bible a priority in my life, and it brought me closer to God every time,” she said.

As the Bible Connection winner, Ventura received a one-year scholarship to Montemorelos University in Mexico, as well as a medal and a trophy. She said she is delighted to be able to go to university and pursue a psychology degree. Ventura had also won a scholarship to Linda Vista University in Chiapas, Mexico, when she won her union’s competition earlier in October.

Studying the Bible has helped Ventura stay faithful to God and encourage family, friends, and young people at home to make Bible study a priority. “It doesn’t matter if you have very little money. If you have the Word of God, you can get to spiritual heights that are so much more valuable, and that communion with God will open up so many more opportunities in your life,” she said.

Communion with God is at the heart of the youth ministries Bible study initiative into which the Seventh-day Adventist Church in IAD has invested so many financial resources, according to Al Powell, IAD youth ministries director and the main organizer of the event in  Belize. This year marks the 15th annual territory-wide Bible initiative, during which thousands of young people in the churches have dug deep into assigned Bible books and readings in an effort to enrich their spiritual life, Powell explained.

“It’s a great blessing to see the impact this initiative is having in the lives of so many young people,” Powell said. “We want young people to walk closer with Jesus, learn about His life, passion, and ministries so that they, in turn, can continue impacting the lives of people in their communities every day and every week.”

Formerly named the Bible Boom, the Bible Connection competition saw all 24 finalists from the 24 unions, or major church regions, in the IAD take part in this year’s competition, a first in 15 years. Because the finalists from Haiti and Cuba had visa challenges to travel to Belize, arrangements were made for them to participate live through the internet and compete with the 22 other finalists in the civic center venue, Powell said.

Finalists answered 60 multiple-choice questions in three 20-question segments that were worth 5, 10, 15, or 20 points during the two-hour finale.

No one was more surprised than Moises Puerta of the Panama Union when he was named the second-place winner. Puerta had trailed behind the first four spots in the first two segments of the competition and said he was shocked to win.

Puerta, who has seven siblings, had not fully committed to competing in the Bible initiative himself, he said, until he decided to encourage a younger brother who is part of the Pathfinder group he leads at church.

At 26, Puerta is a medical doctor finishing his two years of service at the Municipal Hospital back home in Panama. He said he took vacation days in September to memorize Matthew and read and study Mark and The Desire of Ages. “To deeply study everything that Jesus went through leads you to value the sacrifice that He did for each one of us,” he said, adding that he feels the experience has changed him. “There’s something about really studying the Bible this way that takes you to a new level of understanding, and I take back this experience to encourage others in my church to do the same, because it’s life changing.”

Clinging to the Bible

Challenging young people to cling to Bible truths was the main message of Dick Barron, former youth ministries director for the Adventist world church, as he preached during the Sabbath (Saturday) event.

“We are here to remind you about being connected to the Word of God,” Barron said as he spoke to more than 3,000 church members in the audience. “If you want the power of God unto salvation, don’t just read the Bible, don’t just study the Bible — obey the Bible.”

Barron said that every believer should be so in love with Jesus that when they open His Word, they should see His face on every page. “There is power in the book; you cannot unleash that power until you open, study, and obey the Bible.”

Barron’s message resonated with Holman Palacio, a bacteriologist from the North Colombia Union. Palacio grabbed the third-place spot in the Bible Connection competition and said he has felt his life transformed ever since he began taking part in Bible competitions in 2014. This is the second year in a row that Palacio took part in IAD’s Bible competition final. He has won two one-year scholarships from his union and will start his second year as a theology major.

“God has been teaching me so many things as I’ve been studying His Word so in-depth this year,” Palacio said. “While I was riding my motorcycle to deliver a package, I was coming to a traffic light when I heard the verse of Matthew 25:36 in my head: ‘I was naked, and you clothed me,’ and I saw a homeless man and I felt moved to give him my jacket, and so I did,” he added. “It is not just about reading and studying God’s Word, but we need to act upon those principles that Jesus taught us.”

Studying God’s Word has become second nature to Palacio, and that’s the main reason, Powell said, why the initiative is so important to be reinforced all across the IAD to prepare the church of today and the future as the Second Coming is near.

Earlier in the day, the Minister of Immigration in Belize, Beverly Williams, welcomed the youth delegation and applauded the work of the Seventh-day Adventist Church in strengthening education and the community in the country. During that service, dozens of children and young people from several churches across Belize received pins as part of a special investiture ceremony.

IAD’s 2019 Bible Connection competition final is scheduled to take place in Curaçao in late November. Next year’s Bible books for young people ages 16 to 35 to study include Ezra, Nehemiah, and Esther, as well as chapters 45-53 of Ellen G. White’s book, Prophets and Kings.

The Seventh-day Adventist Church in the Belize Union of Churches Mission has nearly 46,000 members worshiping in 132 churches and congregations. 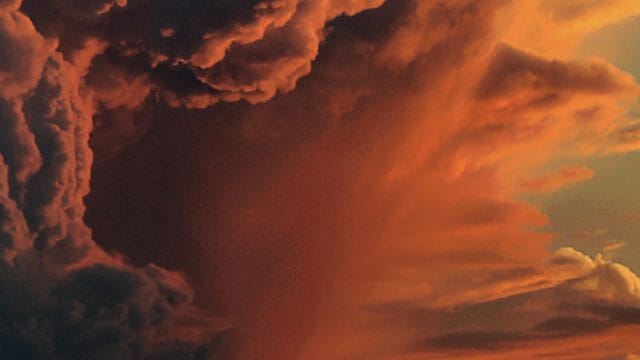 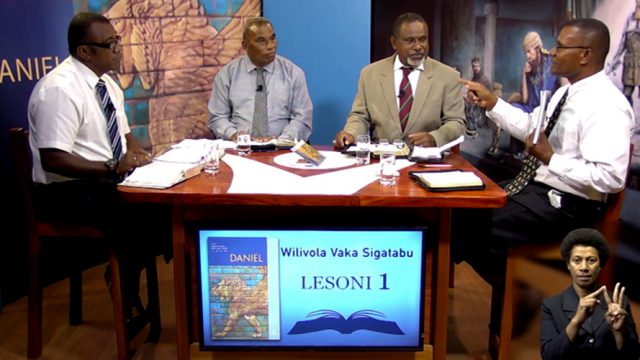 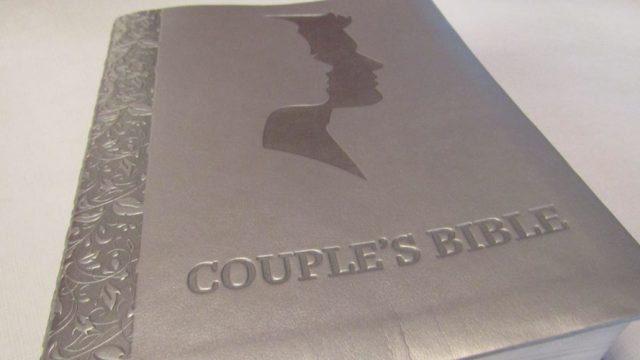