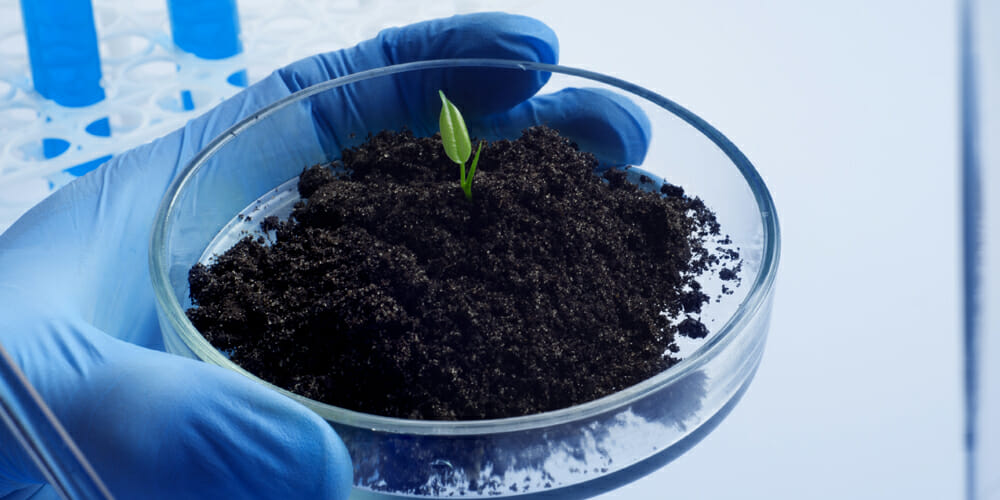 It is reassuring to see how often interpretation of data is consistent with God’s Word.

In Part I of this article, we looked at two lines of evidence from living (and dead) things to see what they suggest about how old life is. Here in Part II, we discuss three additional ones.

A gardener working in the Oxford Botanical Gardens around 1670 AD, noticed some tree saplings coming up that he had never seen before. It turned out that these new trees were the result of hybridization between American sycamore trees, Platanus occidentalis, and oriental plane trees, Platanus orientalis, whose native range extends from the Balkans to Iran.

It may not seem impressive. After all, these are trees in the same genus, and they don’t appear to be very different, but these species normally grow more than 3,000 miles (5,000 km) apart. The continents they are native to are supposed to have separated something more than 50 million years ago. So, these are species that should have been on different paths of evolution for tens of million years. That is the kind of timespan that Darwinists typically invoke to explain the evolution of humans, chimpanzees, old world and new world monkeys from some kind of primitive monkey.

The idea that two organisms could be separated by thousands of kilometers and tens of millions of years, yet still be capable of interbreeding, seems incredible, and it seems even more incredible from a Darwinian perspective than from a Biblical perspective. There are alternative and more reasonable explanations. The most obvious is that these two species are not separated by tens of millions of years. It may be because life isn’t millions of years old, or it may be that what became the American sycamore was transported in the relatively recent past from the Middle East to what is now the United States. Or maybe the American Sycamore was transported to the Middle East. In either case, there is no 50 million years.

Explanations to maintain the idea of millions of years get progressively more heroic as more and more unexpected hybridizations are discovered, and these are not difficult to find. For example, male jaguars from the New World will mate with female lions from the Old World to produce healthy jaglions.

The cells of all organisms are teeming with a wide variety of nanomachines performing all the functions necessary to keep cells alive. Do these molecular machines, which operate with incredible speed and efficiency, look as if they evolved in different kind of organisms over hundreds of millions or billions of years?

A good example is a molecular machine called Signal Recognition Particle (SRP), which plays a vital role in the production of the proteins found in membranes. SRP is made up of a stretch of RNA — a molecule similar to DNA — and several proteins. It turns out that the protein and RNA components of SRP are interchangeable between an extraordinary range of organisms. Human SRP proteins form functional SRPs when combined with the RNA component of Xenopus laevis (frogs) or Drosophila (flies). Replacing one major component of Canis familiaris (dog) SRPs with the single large SRP protein from a bacterium called Escherichia coli, makes an SRP functional in all respects except for binding to the endoplasmic reticulum receptor. The corresponding dog SRP protein can bind to the RNA portion of E. coli SRP.

Data like these are well explained by a model in which a designer uses standard parts to make different machines and these machines have not drifted apart over time. The idea that modern dogs and bacteria separated from a common ancestor a billion or more years ago and went through the extraordinary changes necessary to produce the organisms we observe today, yet retain interchangeable molecular parts seems incredible. By comparison, the recent creation of life seems quite reasonable. Both require miracles but maintaining interchangeable parts over a billion years seems a very long and complex miracle compared to a recent creation.

Radiometric dating is commonly seen as one of the strongest argument that life is millions or billions of years old. In this technique, the concentrations of unstable atomic isotopes and their daughter products produced upon breaking down should indicate the age of a sample. Because these isotopes are thought to break down at a constant rate, a sample with very little of the unstable isotope and an abundance of the daughter products should be old.

When measuring the age of biological things, the most obvious isotope to use is Carbon-14. It is very similar to the regular carbon we find in diamonds, graphite and the chemicals that make up living things, the only difference being that it has two extra neutrons in its nucleus.

Here is where things get interesting. It turns out that Carbon-14 has been measured in coal and other biological samples that are supposed to be tens to hundreds of millions of years old. Most reasonably, these data mean that the plants used to form the coal lived within the past 100,000 years.

What does a Darwinist who believes life is millions or billions of years old to do with these data? Generally, the response is that the Carbon-14 detected is a consequence of contamination, or that it was somehow generated within the samples. Some responses could be made to these responses, but they get progressively more technical. If nothing else, this situation illustrates that it is common for people to reject radiometric dates, like Carbon-14 dates, when they do not agree with their prior ideas about the way things must be.

This is not supposed to be an exhaustive list of all the possible scientific evidence consistent with life’s recent creation. No doubt, there are many other pieces of evidence which could be added, but I find these data to be informative.

When we evaluate scientific theories, it is essential to remember that empirical data are the final word. Time prevents empirical observation of life’s origin, which means we can only interpret the current data. It is important to keep in mind that the further interpretation is from data, the greater the number of necessary assumptions, the greater the number of logical steps, the less certain the conclusion.

In my experience, evidence interpreted within a biblical framework requires an equal number, or fewer, assumptions and logical steps than interpretations requiring long expanses of Darwinian time. Everyone who wishes to know what is true will have to figure this out to some degree for themselves. In doing this, independent thinking is invaluable. Of course, you will think that you are right most of the time, but one should never be so sure of that that they are unwilling to consider the most informative data carefully and, perhaps, change their mind. I know that I have had to do that multiple times and I think I was right to do so.

Living life as a Christian scientist doesn’t mean starting out with all the right answers; it means a humble quest for knowledge in a world that is beautiful, full of wonder, constantly surprising and brimming with mysteries. We may not have all the answers all the time, but it is reassuring to see how often the reasonable interpretation of the data we observe is consistent with the record of history in God’s Word. 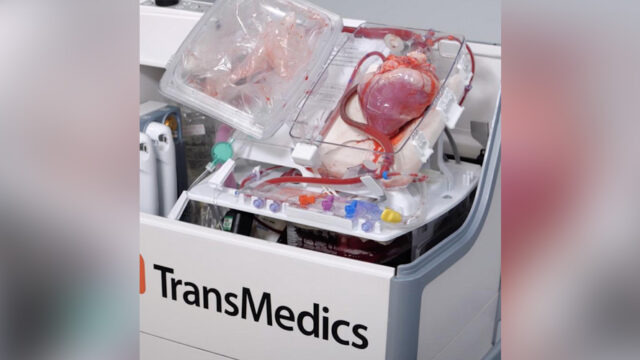 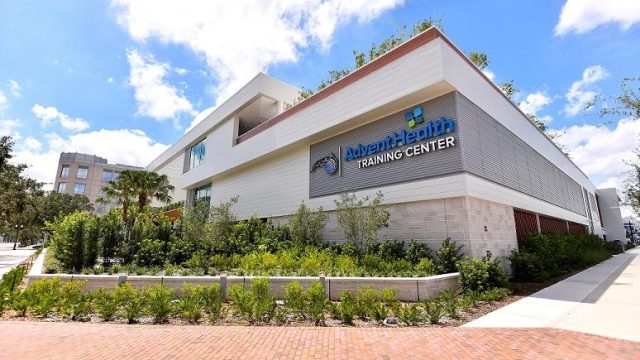 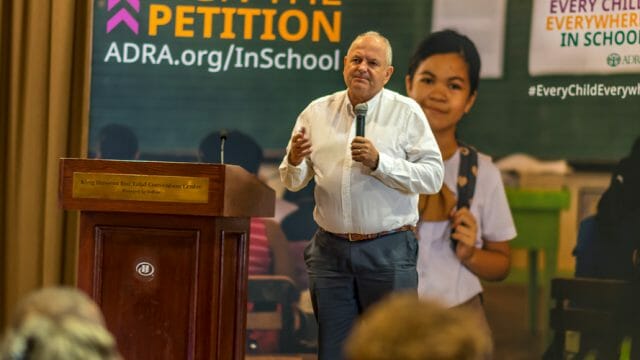 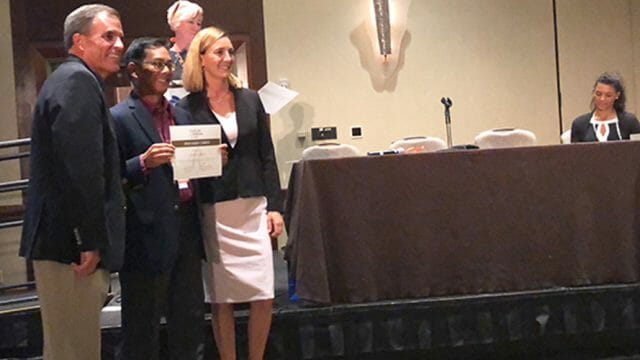 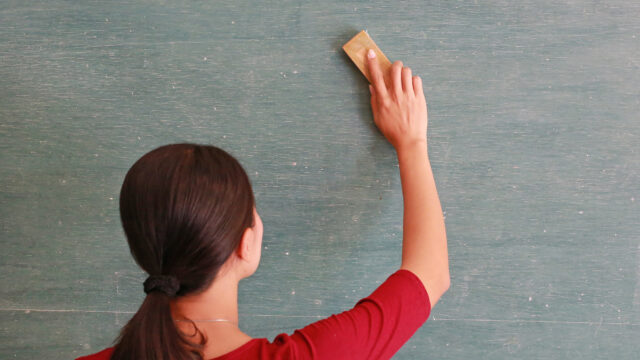 The God of Second Graders