Around the city of Abidjan, Maranatha is building communities through construction.

Solange Touhou, who lives in Abidjan, Côte d’Ivoire, was frustrated with her son. His grades had been sliding for some time. It was clear that he was unmotivated. He wasn’t taking school seriously, and he was hanging out with the wrong crowd. He was even selling his textbooks — books that she had bought with hard-earned money. Touhou knew she had to make a change and set her son on the right path. But how?

Touhou heard about a Christian school near her home. Her neighbor told her that they had also had problems with their child at school. Then they sent him to Marcory Adventist School. Soon after, they noticed a change coming over their child — a positive change. So Touhou visited the school and noticed a difference in the culture.

“All the students, the teachers, the principal, also — everyone here, they pray before they go to class. They pray and tell the kids to do well in school. They say, ‘School is your future.’ They give advice of this nature, and then they go to class. When I saw that, I said, ‘Oh, that’s good,’“ Touhou says.

Touhou wasted no time in enrolling her son at Marcory. At first, he tried to pull the same shenanigans as he did at his other school. But soon, Touhou saw improvement not only in his grades but also in his behavior. A couple of years later, Solange’s son graduated with honors, and today, he is studying economics at a university in Morocco.

“Wherever I go, in my neighborhood and here in the school, I tell everyone that my son used to be mediocre and even delinquent at first. But when he came to Adventist school, he started doing well,” Touhou said. She is sold on Adventist education and tells people that “the best school is the Adventist school.”

Solange’s enthusiasm for Adventist education is common among parents at Marcory. Out of nearly 900 students, only about 30 percent are Seventh-day Adventists. The rest have come because of the positive word-of-mouth marketing from families who are thrilled with the academic program. As a result, the population of the secondary school is diverse in religious backgrounds yet united in the respect for Christian education — even when they aren’t Christian.

“What I like about Seventh-day Adventist school is the way they teach us spirituality and help us. They help us understand life better,” says a 17-year-old student from a non-Christian faith. Her brothers went to Adventist school, and now she and her sister attend Marcory.

Stories like these have long been a part of the Adventist tradition in Côte d’Ivoire, a West African country. Education has long been a way to open doors, build relationships, and serve the community.

Nearly 100 years ago, European traders from Ghana first introduced the Adventist message to Côte d’Ivoire. Initially, there were some baptisms but no sustained effort to grow or strengthen the church. It wasn’t until 1946, when American missionaries arrived and established schools, that the message began to take hold.

“Since right from the beginning — the 1940s and 1950s — those schools have done many things, great things for church growth in this country. Especially our secondary school in Bouake. And this school opened — [it] was opened in 1958 by the missionaries … most of the educated members that we have in the church to date are from that school,” says Paul Baka, former president of the Adventist Church in Côte d’Ivoire.

According to Baka, today there are approximately 9,500 Adventists in Côte d’Ivoire, but thousands more identify as members because of their connection to the schools. The success of Adventist education is the reason why Maranatha Volunteers International has been asked to build multiple classrooms in that country. Currently, there are plans to build at least three schools in neighborhoods surrounding Abidjan, the financial capital of the country, and where approximately 60 percent of the country’s Adventist membership resides.

“School is a powerful factor of evangelism because education and redemption are one and the same. When you have a school with six classrooms, you have six churches. So the more classrooms we have, the more churches we have. And it will boost our missionary work,” says Charles Assandé, education director for the Adventist Church in Côte d’Ivoire.

Additionally, Maranatha will be providing churches for existing congregations that lack a proper place of worship. A strong infrastructure in the schools and churches will help the Adventist community in Côte d’Ivoire to thrive. Many groups are currently meeting in rented or inadequate spaces. They have dreams of owning a church, but the people in most need are also the people who don’t have the funds. They don’t have the expertise to build a structure — but that doesn’t mean they won’t try.

In the town of Grand Bassam, just outside of Abidjan, an Adventist congregation has been praying for a church for quite some time. Currently, they meet in a rented structure. It’s only one room, and there are no restrooms. But that’s not the biggest problem. The issue is that out of 100 people who meet each week, only half can fit inside the building — the other half squeeze under the shade of the narrow patio outside. The building is far too small for the size of the group. They need a real church.

Kwamé Emmanuel, an elder of the church, says, “Having a church here — a nice building — is a factor of evangelism. When you don’t have a church, people don’t consider you a serious church, and we lose credibility.”

So the congregation tried to gain credibility by building their own church. But this group is not wealthy. Many are fishermen, and others make a living selling various things like vegetables and fruit. Despite their financial challenges, the members saved and saved until they were able to collect enough money to buy land.

But that’s where their problems got worse. The property was no good. It was on the lower part of a field that often flooded. Second, since they only had a little bit of money at a time, they could purchase a little bit of material at a time. They built when they could, with what they had, a couple of days a week.

Unfortunately, on the days they weren’t working, people came by and stole materials, even removing tiles that had been installed.It was a losing battle, and soon the congregation gave up. They had sacrificed so much, but they were alone in this process, as the Adventist Church in Côte d’Ivoire — along with many other areas of the world — has no department dedicated to helping congregations build a church.

The story of the Grand Bassam congregation is an example of the need for Maranatha’s mission. People try to find solutions for their construction challenges. Sometimes they succeed, and other times they fail. Maranatha provides guidance and leadership in the complicated process of construction by working with the local church and leadership.

In the coming year, Maranatha will be working in Côte d’Ivoire to build several schools and churches in the greater Abidjan region. It’s a project that Adventist leadership in the country is certain will make a significant impact.

“We are so happy to receive Maranatha in Côte d’Ivoire because we believe that in the next two, three, four, five years, Maranatha is going to change the whole image of evangelism in the church,” says Thio Tigue, president of the Adventist Church in Côte d’Ivoire.

Assandé puts it more simply. “There will be a before and after Maranatha,” he said.

This article originally appeared in the Fall 2019 edition of the Maranatha Volunteers International newsletter The Volunteer. 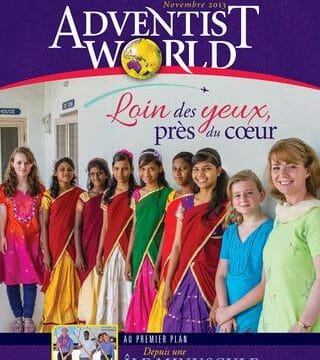 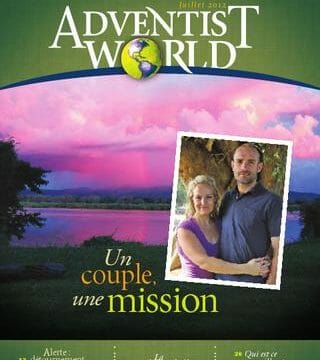 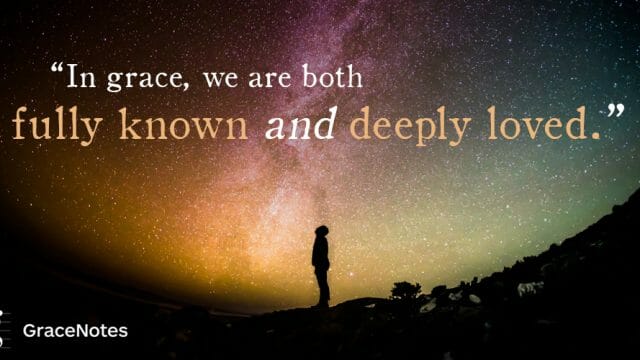 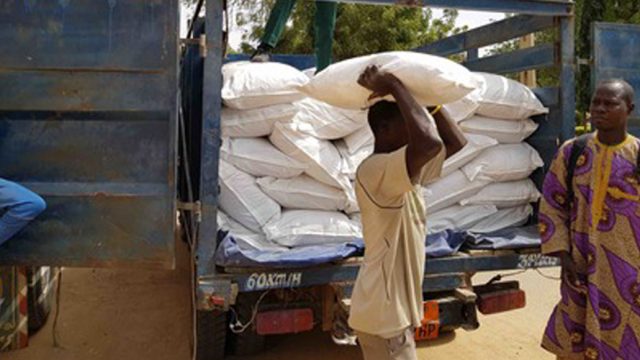 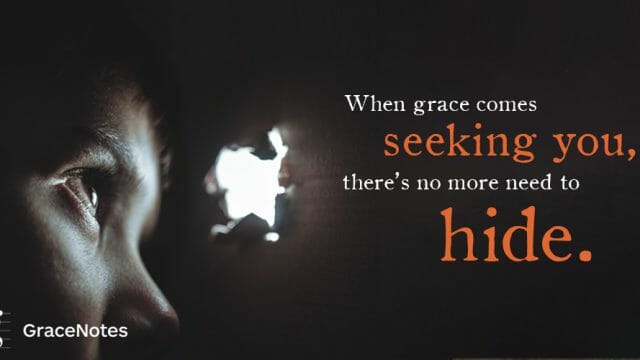 When Grace Finds You