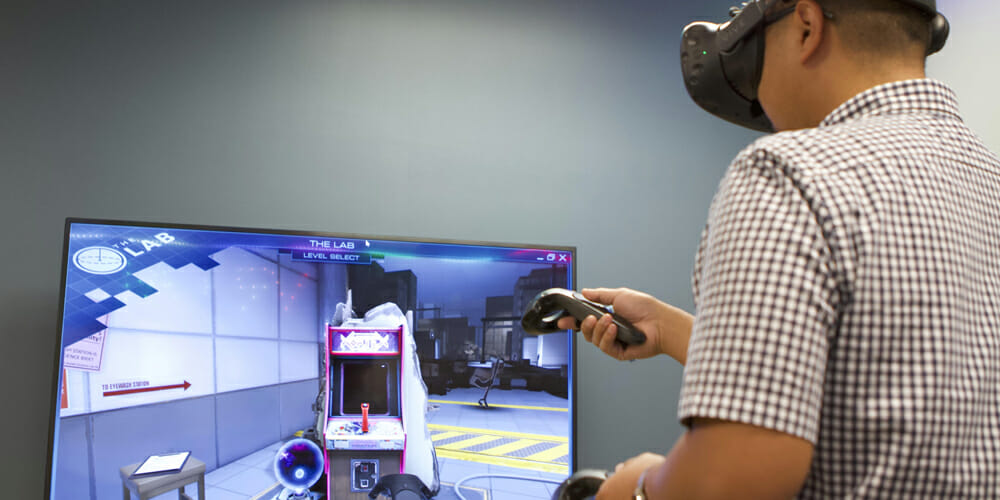 The Department of Computer Science at La Sierra University, a Seventh-day Adventist school in Riverside, California, United States, celebrated the opening of a new virtual reality and artificial intelligence lab on November 8, 2018.

La Sierra computer science majors and other students now have an opportunity to prepare for careers in virtual reality and artificial intelligence that analysts predict will grow exponentially over the next several years.

The new lab will allow students to explore these technologies through virtual game play and research. The VR+AI Lab includes a virtual reality, or VR headset, 15 powerful graphics computers, and a large-screen television. It is outfitted with nearly 1,000 multicolored LED lights that are Wi-Fi-connected and controllable from a mobile phone or computer. The lights, which track around the edge of the room at the ceiling and spell out the lab’s name in letters on a wall, are controlled by a custom-programmed microprocessor. They are designed to activate and produce a colorful show whenever a person enters the lab.

“The lab allows students to have direct experiences in working with the virtual reality environment and to design and build automated-intelligence electronic devices,” said Department of Computer Science chair Enoch Hwang. “These two different skill sets are highly sought for in the job market.”

According to industry forecasts this year from leading international research firms Gartner, Inc. and Transparency Market Research, global business value derived from artificial intelligence is expected to reach US$3.9 trillion by 2022, while the market for virtual and augmented reality products and services is expected to hit US$547 billion by 2024. Health care in particular is expected to be a key consumer of virtual and augmented reality in its quest for better treatments. Significant applications are also anticipated in education, gaming, construction, and 3D media.

“I am delighted that our computer science department offers students opportunities to explore artificial intelligence and build their capacity to create virtual environments,” commented La Sierra University provost Joy Fehr. During the new lab’s grand opening celebration, Fehr donned the virtual reality headset and entered a digital world where she used a handheld controller to play with a digital robot dog.

“While I have heard much about virtual reality, I had not experienced it before my visit to our new lab,” Fehr said. “I am impressed by the immersive experience our students have created; it is a testament to their capacity for creativity and development of expertise that situates them well for future careers in the field.”

The La Sierra VR+AI Lab is the result of two years of brainstorming on the part of computer science faculty and students. Donors covered much of the costs and provided equipment. Hwang spent one summer designing and programming the lab’s Wi-Fi-linked lights display and preparing the lab for the start of school.

Junior computer science majors Cody Johnson and Christopher Friedrichsen are pursuing directed study projects and will delve further into the science of virtual reality during winter quarter through ongoing research with Hwang.

“The most interesting aspect of virtual reality is its potential,” said Friedrichsen, who is interested in game design and development. “Its ability to make a virtual world, a virtual setting, react as the real world reacts in relation to a user distinguishes it from any other medium in existence.”

“While inside VR it does something to your brain, it all feels real,” Johnson said. He added that he is interested in a career in computer networking but is also mulling a future in the virtual reality industry. “When you look over a cliff in VR, you feel like you’re actually looking off a cliff in real life. What interests me most about VR technology is how it’s a new medium to experience the world through a lens where anything is possible, and with the right programming we can make anything possible.”

The lab’s virtual reality capabilities are set up to pique the interests of young people, many of whom are interested in video games, Hwang said. “This VR lab is not only a showpiece to attract these young people, but also provides the equipment and tools for our computer science students to learn how to write programs for the virtual reality environment,” he said.

The lab’s artificial intelligence component ties in with the robotics work Hwang has engaged in over the past five years. That effort has involved yearly summer robotics camps for youth and robotics education opportunities for students. “But with this new lab, the students will be able to work on more advanced robotic research,” he said.

The original version of this story was posted on La Sierra University’s news page. 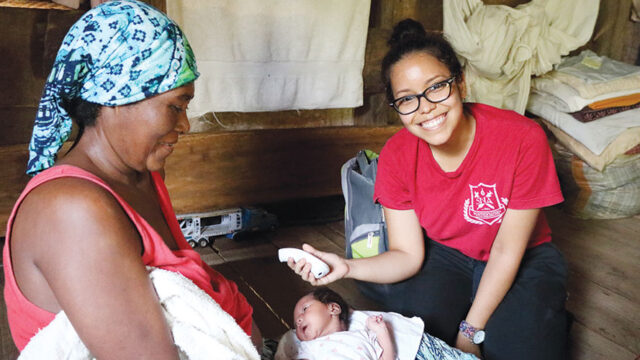 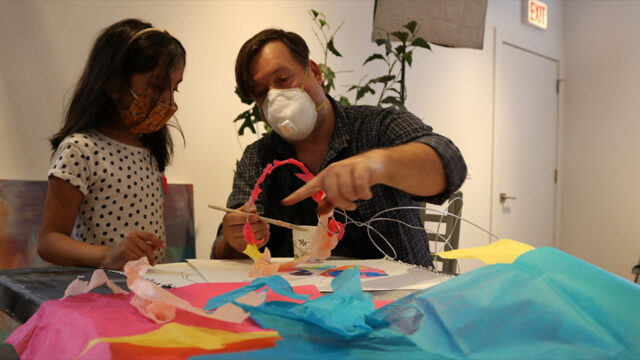 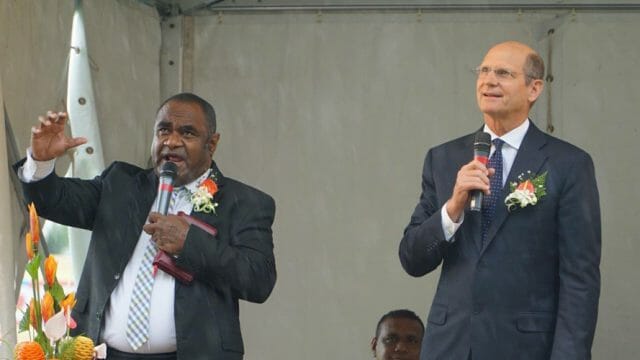 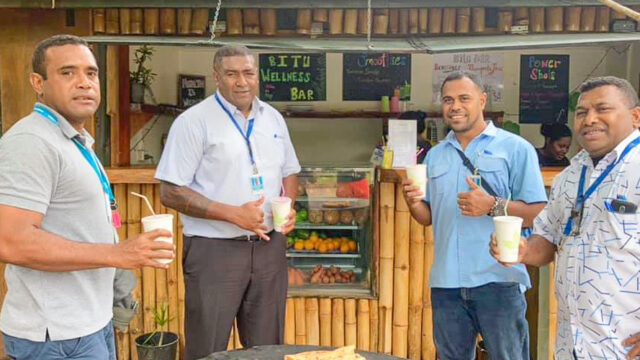