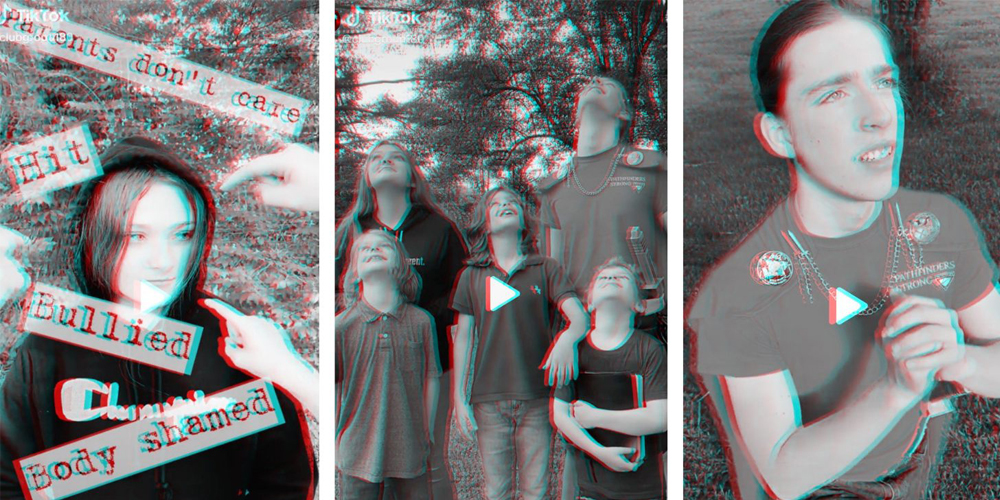 A young girl sits alone and finds her world crashing down around her with belittlement, bullying, body shaming, and the ever-pressing feeling of being alone. But suddenly, a hand falls on her shoulder, and the world around her starts to become a little brighter as she starts to find hope in God with people who care for and value her. This describes the scene from a TikTok video of one Indiana, United States, Pathfinder club that is making a difference in spreading God’s love.

The culture of TikTok, a social media platform used to make a variety of short-form videos, took the world by storm at the end of 2017 and has become increasingly popular among teenagers. According to Statista, users between the ages of 10 and 19 accounted for 25 percent of TikTok’s active user accounts in the United States as of March 2021. Many of them joined during the pandemic.

With COVID creating a variety of challenges for ministries, the Jasper Seventh-day Adventist Church Adventurer and Pathfinder clubs were trying to find a way to reach more youth in their community and beyond. In southern Indiana, the Lake Region Conference club Group 180° found that TikTok was just the key to sharing the gospel.

When the group began in March 2021, it had 55 followers. After they posted a story called The Widow’s Gift, the video went viral with 85,000 views and more than 32,000 likes. The group also hosts a live Bible trivia show with up to 70-80 live viewers at a time. The club’s media ministry now has 7,370 followers.

The group also posts to their YouTube channel because they have had a number of people say they want to see their videos but aren’t on TikTok. Cumulatively, the account had 3,500 views and 85 hours of watch time on YouTube over a period of 28 days. According to a TechCrunch article, TikTok videos attracting between 1,000 and 3,000 views indicate a mid-tier account.

The move to TikTok happened naturally. “All the kids were on TikTok,” Sabra Johnson, Adventurer director, said. “My husband, Nick, and I looked into TikTok and found that it wasn’t filled with good content. We were trying to figure out what to do with the kids, so I told Nick we should do Bible TikToks.”

The following weekend they created their first biblical TikTok to create wholesome content on the social platform, “while teaching the kids the Bible stories, and showing them how to curate their TikTok feed to better content,” she said.

Johnson, who homeschools their three children, notes that most community kids do not know any of the stories in the Bible, “not even the popular ones like David and Goliath or Noah’s Ark,” and this presents an easy entry point to sharing about Jesus.

Yet, going on social media does have its drawbacks. “We have found that TikTok is frowned upon, especially amongst the more conservative minded,” Pathfinder director Nick Johnson said. “We were reluctant about allowing it but saw so many kids using it that we felt that we needed to be in this space ministering. In the process, we have met some other great Christian content creators.”

There’s also criticism from people who don’t know them personally and are quick to cast aspersions. One commenter called them “phony and white supremacist, because the gospel is only for one race,” due to their group’s lack of ethnic diversity. Their club happens to not have any African American members, but Sabra Johnson said, “It’s not a good reason to call someone racist.”

However, most commenters have expressed their delight in this new social media ministry.

“This is the kind of youth group I’ve always wanted,” one TikTok user said.

Another said, “This is a wonderful ministry … love all your skits. Keep up the great work of spreading His word.”

Through a mutual friend on social media, Noah, the Johnsons’ oldest, was introduced to a child who goes to the same public school their two foster girls attend. Noah invited her to join his family for one of their meetings on the weekend and shared their TikTok account with her. Her interest was piqued.

The friend had been dealing with depression after the loss of her father three years earlier. Although she was anxious about meeting the other Adventurers and Pathfinders, she arrived one Sunday in August and fit right in.

Afterward, she excitedly posted about her visit on social media: “I went from having a terrible week at school to having an amazing weekend. I got things off my chest talking to Nick Johnson and his family. I met so many wonderful people. Learning about Jesus more is something I want to do for the rest of my life. Just in the short amount of time I was there, I could feel myself get closer to the Lord.”

Nick Johnson said comments such as these and from other people who have asked how to join the club make it all worthwhile. “We have connected them with Pathfinder clubs in their area. Not sure of the end result, but seeds for the ministry have been planted,” he said.

Sabra Johnson said they must keep going despite the challenges they may find. “No matter what blowback a Christian social media account gets, it should still move forward in its ministry, in what God called us to do, share the gospel, shake the dust off, and move forward in Christ (Acts 13:51),” she said. 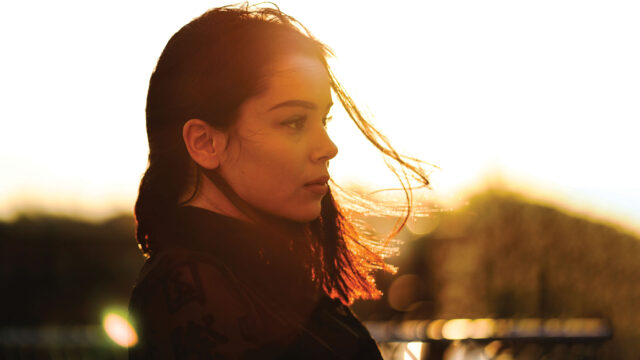 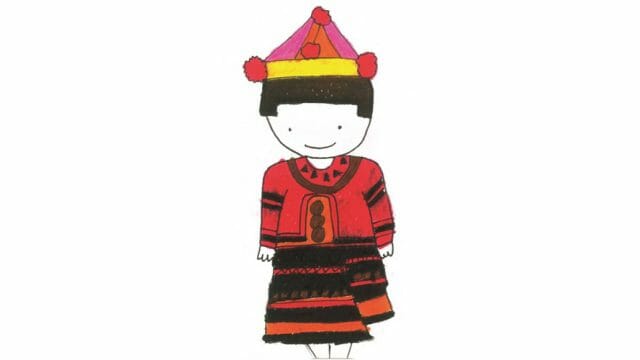 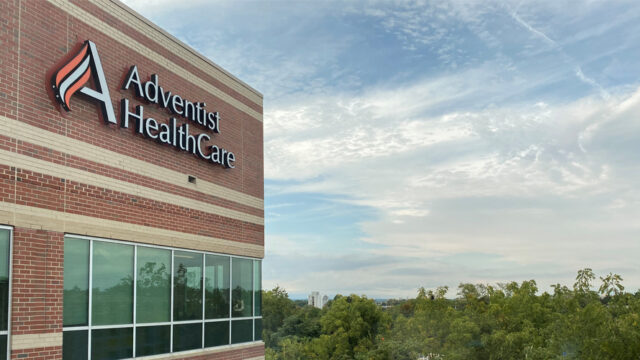 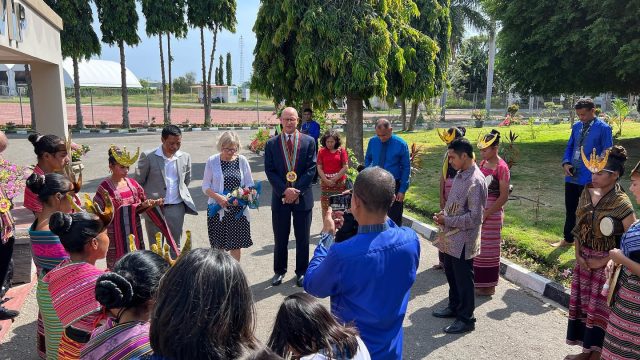 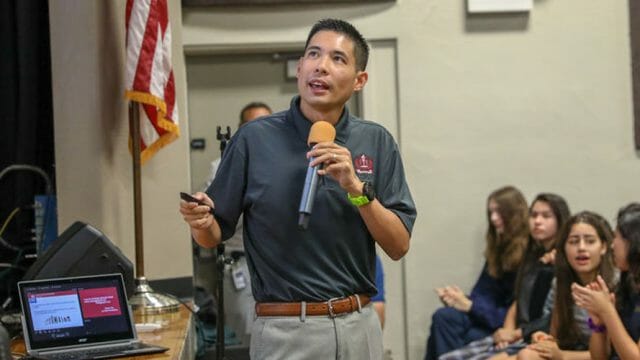 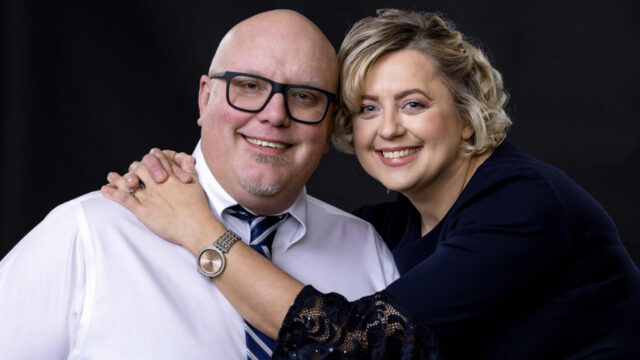 Confessions of a COVID Meme Lord