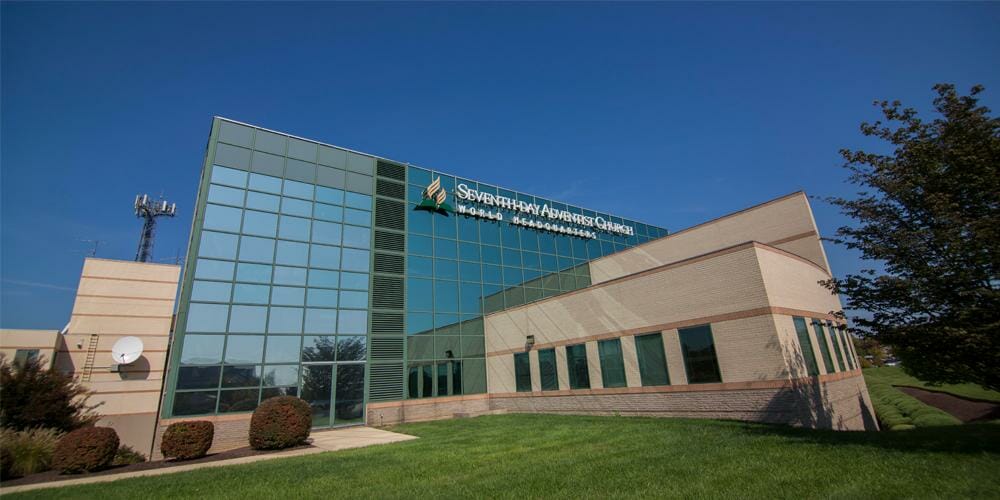 The following question and answer article was provided by the General Conference Communication Department. ~ Editors The Seventh-day Adventist Church is an international […]

The following question and answer article was provided by the General Conference Communication Department. ~ Editors

The Seventh-day Adventist Church is an international spiritual community of 21 million members bound together by the Holy Spirit in its commitment to Christ, His message and mission. Our worldwide church organization strengthens the unity of the church, safeguards its doctrinal integrity and fosters its mission.

Over the past few months some questions have been raised regarding the Seventh-day Adventist Church and its leadership. We invite you to consider the following:

In an effort to unite the church over difficult issues, has the General Conference (GC) leadership become a persecuting power as identified in Revelation 13?

Suggesting the Seventh-day Adventist Church or its leadership are fulfilling the prophecy of Revelation 13:7 is virtually identifying the church as Babylon. The context of this passage clearly points to Daniel 7 where a power would intend to change times and laws. The one and only power that makes this claim and matches the prophetic description is the Roman papacy, which exercised both religious and political power throughout its history and especially during the Middle Ages from AD 538-1798.

By encouraging the church to follow what has been voted by the General Conference in Session and its Executive Committee, church leaders are fulfilling their obligation of upholding the decisions of the world church.

The charge that the General Conference or its leadership are exercising “kingly power” akin to papal authority misunderstands the vast difference between the decision-making processes in the Roman Catholic Church in comparison to the Seventh-day Adventist Church.

The papacy is a system of centralized, top-down authority centered in an infallible pope and his cardinals. But in the Adventist Church authority flows in both directions, from the bottom-up and the top-down, through representatives who include at all committee levels women as well as men, and lay members as well as pastors.

In the Catholic Church, decisions on doctrine are decreed by the pope and the top theologians of the church. In contrast, within the Adventist Church, the statement of 28 Fundamental Beliefs simply summarizes what members, based on their own Bible study, already believe. Only the largest and most representative gathering of leaders and lay members at the General Conference Session held every five years can modify this statement of beliefs, the Church Manual, and certain GC policies, because they affect every level of the church. The Seventh-day Adventist Church, on all levels, operates on a representative form of church governance. Church leaders are elected officials who are duty bound to carry out the voted actions of the General Conference Session and the General Conference Executive Committee.

The fact that non-compliance in various areas of church life take time to resolve is a clear testimony to the fact that the Adventist Church has a distributed, rather than a top-down, system of authority, with appropriate checks and balances. It is also possible to resolve matters by higher levels of church governance, such as the General Conference Executive Committee or the world gathering of leaders and lay members at the General Conference Session.

The process for the study of ordination was careful, thorough, and transparent in every way. In addition to the church’s Theology of Ordination Study Committee (TOSC), encouragement was also given for the study to be pursued at other levels. Division committees reported their findings to TOSC and vice versa, which enabled extensive dialogue on these issues worldwide.

The papers presented at TOSC were made publicly available online soon after each committee meeting on the ASTR website (www.adventistarchives.org/gc-tosc).

Three weeks before the 2014 Annual Council, the Adventist Review and Adventist News Network published an appeal for church members — and especially Executive Committee members and 2015 General Council delegates — to prayerfully study the Bible and the materials on the ASTR website. The appeal (bit.ly/ARappeal and bit.ly/ANNappeal) included numerous weblinks to the related materials.

At the 2014 Annual Council, members of the GC Executive Committee received 30-minute reports representing each of the three positions generated by TOSC. They also received a 125-page report, published in June 2014, containing detailed summaries of these three positions and their respective recommendations regarding the way forward.

On March 4, 2015, a letter was sent to every GC Session delegate with a link to session materials, including this full TOSC report with a link for requesting a printed copy.

At the GC Session itself, summaries of each of the three positions were read, allowing more time for discussion, and printed copies of the TOSC report were made available.

It should be remembered that TOSC was a study committee only, with no administrative authority, nor was it representative of the world field. Its purpose was to study the topic of ordination and to make its findings known to the larger church. As a study committee, they were tasked to research and submit reports only.

As such, the straw poll taken by the chair did not constitute any official vote. The results indicated the committee was quite evenly divided among the three positions. While some have tried to read that “vote” as favoring the ordination of women, others point out that a similarly sizeable majority recognized male leadership as the ideal biblical model for God’s people.

Is the Church suppressing freedom of conscience by asking elected leaders to comply with General Conference Session and Executive Committee voted actions?

Church leaders have a special responsibility to set an example of faithfulness to Christ. They do this by drawing the church into closer bonds of unity based on our voted beliefs and practices. One of the causes of disunity is a failure to abide by the agreed upon policies of the church. Individuals are not forced to accept these policies. Coercion is not part of heaven’s plan. If a church leader found themselves in complete opposition to the church’s policies and could not live with their conscience they always have the option of resigning their leadership position. Every individual is left free to follow God’s leading as he or she understands it but each leader has a responsibility to uphold the voted actions of the General Conference in Session and the actions of the General Conference Executive Committee. Freedom of conscience on the one hand and leadership accountability to the global church on the other are precious values that should always be guarded and respected among us.

When someone does not agree with church leadership, what is the appropriate way to question its actions and decisions?

When there is disagreement, one should try to follow the principles of Matthew 18. Personal and public attacks are against our biblical mandate as Christians. Jesus was clear: we should treat each other as we wish to be treated.

The same is also true for how we treat leaders. Even the apostle Paul, when rebuked for speaking disrespectfully of the Jewish high priest, said “I did not know, brethren, that he was the high priest; for it is written, ‘You shall not speak evil of a ruler of your people’” (Acts 23:5). As one hears or reads the strong rhetoric being used today against church leadership, one wonders if those making the accusations know the person whom they are attacking.

The Bible encourages us to speak respectfully about each other and our leaders. Let’s allow the Holy Spirit to control our words and actions.

Why is unity so important?

The church is the object of God’s supreme regard. Jesus prayed specifically for His church as He faced the shame of the cross, recognizing that their unity was a necessary pre-requisite for the successful accomplishment of the mission He was entrusting to them.

Only as we unite in faith, practice, and mission can the work God has given us be successfully accomplished. A dying world awaits the proclamation of the unique last day Christ-centered biblical message that has been entrusted to the Seventh-day Adventist Church. Heaven’s imperative is to “go into all the world and preach the gospel” (Mark 16:16). Only a church united in love and doctrine, committed to mission, and filled with the power of the Holy Spirit will accomplish Christ’s purpose in preparing the people for the coming of our Lord.

If compliance is so difficult to achieve and this issue is so divisive, wouldn’t it be better to just forget about this and focus on mission?

The world church would love to leave these contentions behind us. We believe we must focus on mission and God’s mandate to spread His gospel of love to the world as a united church. However, we simply cannot ignore decisions that we make as a global body.

Every family struggles from time to time to resolve difficult issues. Families that ignore the issues continue to suffer, but those who work through their issues come out stronger.

We believe we will emerge from this struggle stronger and united as a global church family. We call upon every member and leader to pray for the power of the Holy Spirit to lead us.

This article derives from a larger document that addresses these specific issues in greater depth, available at https://executivecommittee.adventist.org/newsletter/. 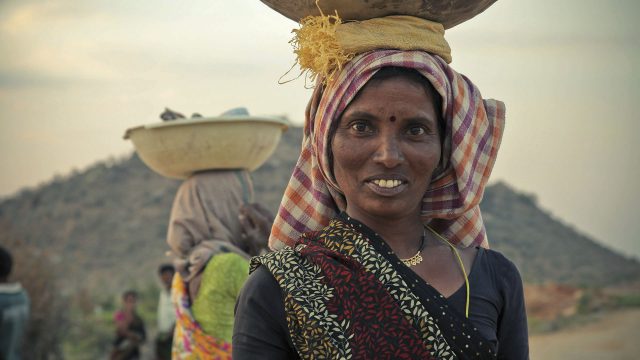 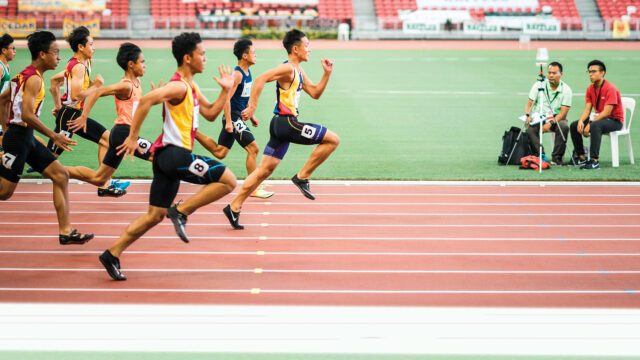 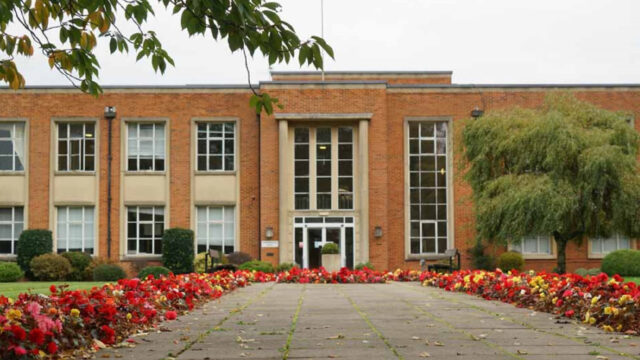