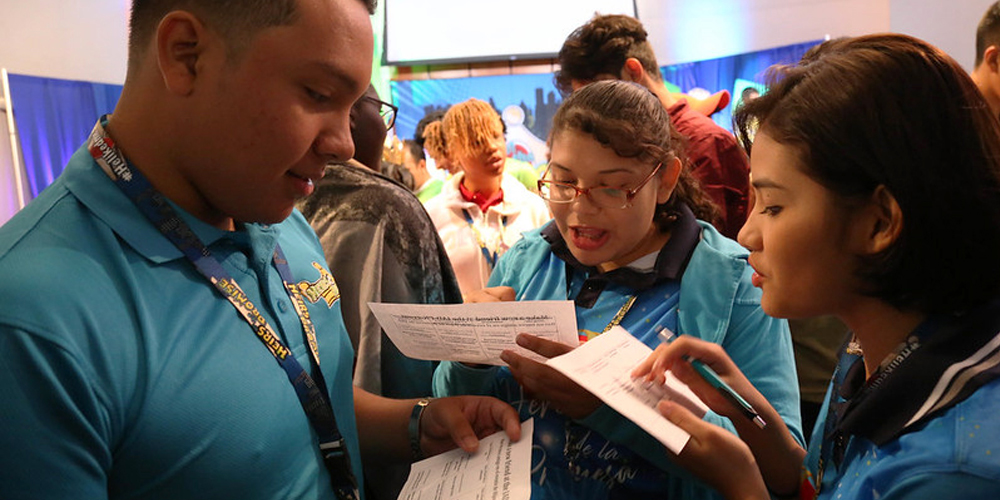 Dozens of pastors’ kids (PKs) from throughout the Inter-American Division (IAD) church region of the Seventh-day Adventist Church gathered for a special, first-ever, territory-wide retreat to affirm their purpose and honor their contribution in the mission of the church.

“Today you are a representation of so many PKs across the division,” said Cecilia Iglesias, Shepherdess Ministries director for IAD and main organizer of the event. “We want to let you know that the church is thinking about you, values you, believes in your future, and loves you. God is going to remind you how important you are in His plan to fulfill His great purposes on earth and in His church.”

Iglesias was joined by Josney Rodríguez, Ministerial Association secretary for IAD, as they welcomed young people who are part of more than 3,200 pastoral families across IAD, ministering in 23,000 churches and congregations every week.

Themed “Heirs of the Promise,” the event featured talks on leadership, health, social media, how to deal with criticism, mental health, and more.

“We love you and know how you feel and think about your challenges and fears,” Rodríguez said. “God has called you and is speaking to you, letting you know how much He loves you and has a wonderful dream for your life.”

Understanding that purpose and interacting with other PKs representing the 24 unions, or major church regions, across IAD was meant to encourage and motivate them to continue engaging and making a difference in their churches and communities, Iglesias said.

“We know of many PKs who are leaving the church and are feeling that they are not important, so it’s key that the church gathers them, lets them be part of creative ideas to reach others, and help them understand all the opportunities available to impact others with their gifts and skills wherever they are,” Iglesias said.

IAD president Elie Henry spoke to the more than 250 congregants on Saturday (Sabbath), assuring them that they are all sons and daughters of Abraham, God’s chosen people, who were told of their lineage with a particular purpose.

As a PK himself, Henry reminded the delegates that they were chosen for a special purpose.

“God calls and puts us in a situation that perhaps we did not choose ourselves,” Henry said. “You didn’t choose to be a pastor’s kid, but God placed you where you were to be born, opens opportunities before you, and pours out many blessings every day in this ministry.”

“God can do extraordinary things through you, and He will fulfill many promises as you trust and have faith in Him, just like He did with Abraham,” Henry said.

Many of the young people attending the retreat, who ranged in age from 12 to 23, were selected in their respective church regions for standing out in leadership and evangelism and serving the community in a variety of activities and initiatives every week in their local churches, Iglesias explained.

Kelvin J. Caballero, 15, was among six PKs who traveled as delegates from Panama. He is from the Colon province and has been leading his own puppet ministry with his sister in the churches where their father is a pastor. Caballero donates his vacation time, up to two months each year, to assist in the planting of new churches — an initiative that engages young people in evangelism during off-school months across Adventist churches in Panama.

“We team up in twos to knock on doors, give Bible studies, clean up the community, and arrange with community leaders to paint beautiful scenes on walls across the community,” Caballero said.

Although it’s difficult to hold a position at a local church because his family travels every Saturday (Sabbath) to a different church, Caballero said moving among churches has allowed him to make many friends and helped him minister to more people. He has canvassed too, selling books as a literature evangelist, and is clear about his purpose once he graduates from high school.

“My experience in impacting others has led me to feel the call to study theology and become a pastor,” Caballero said. “Coming here and meeting so many other PKs has reassured me of that.”

At just 12 years of age, Nicoll Quintero has been clear about her passion for reaching other children. She has gone from church to church with her parents in the five churches and two small groups where her father is the minister. And now she has organized a small group of 15 kids in her neighborhood.

“We sing praise songs, share about our week, pray for requests, study a Bible character, eat snacks, and play fun activities together,” Quintero said. She also gives out specially marked bills for kids who come early, or bring their Bibles or bring a friend, and at the end of the month, they can use those bills to buy pencils, erasers, and other knick-knacks as a reward. Quintero also leads a baptismal class every Sabbath. As a result of her ministry, eight persons have been baptized.

For the first time in his life, Pablo Hernández, 13, of northern Colombia began his school year at a military school in Caucasia. There are no Adventist schools nearby, something he was used to, but he soon found a way to connect with others at his school.

“I feel like I’m a missionary reaching others who do not know about Jesus there,” Hernández said. He has already distributed literature to students and teachers and has organized lessons on some of the honors that Pathfinder clubs offer, like camping, swimming, sports, knot-tying, and more. So far, he has two other students who have joined and wants to get a small group going as more students join.

Being part of the group attending the PKs retreat has taught Hernandez to appreciate the blessing in having opportunities to witness to others and continue impacting the community around him, he said.

“As PKs, we feel bad sometimes because we get criticized a lot, because we are supposed to behave a certain way or feel like we are being watched all the time. But I’ve learned that we need not let that upset us or stop us from sharing with others,” Hernandez said.

Adrienne Johnson, 20, from Jamaica, said she had tears in her eyes after listening to a seminar on how to deal with criticism presented by Guenther García, president of the Adventist Church in Guatemala, who also experienced life as a PK.

“I just cried after the presentation because I didn’t feel alone and felt understood, with all the circumstances that I have been through,” Johnson said. “It was such a ‘wow’ moment that all of us in our group really understood, and we gained a better appreciation for our parents and how much they have sacrificed for the church and us.”

Maricris Solano, 22, from Puerto Rico, felt comfortable taking the stage during the event. She shared how, for many years, she has been able to tell children and young people how to treasure the stories in the Bible in their daily life. Solano has a special study Bible in which she marks and scribbles and cross-references in her daily devotions and as she prepares to share what she has learned. The Bible was a gift she received when she turned 15, and she said it has changed her life completely.

“I used to think that the Bible was the most important instrument that my dad uses,” Solano said. “But I realized that it becomes more important in your life when it’s personal, when you find your identity in God’s Word, and you see it as a beautiful instrument that can be a part of your whole life.”

Solano has discovered that her gifts have multiplied as she has grown in the church and been involved in youth, music, witnessing ministries, and mission trips to several countries. She is studying to be an English teacher at Antillean Adventist University in Mayaguez, Puerto Rico, and is anxious to make a difference wherever she goes.

“We, too, can leave a mark in the ministry, in the community. It’s not our parents’ church; it is ours too, to be part of personally, to impact those around us with Jesus’ love,” Solano said.

Many of the PKs shared the creative ministries and evangelism programs they are involved in back home and were able to get to know each other through special activities, praise and worship, and prayer sessions.

“There will be thousands who will be blessed by your dedication and commitment to the mission of the church in this, your generation, and more to come,” Iglesias said. “You have an important role to play in expanding the gospel right where you are.” 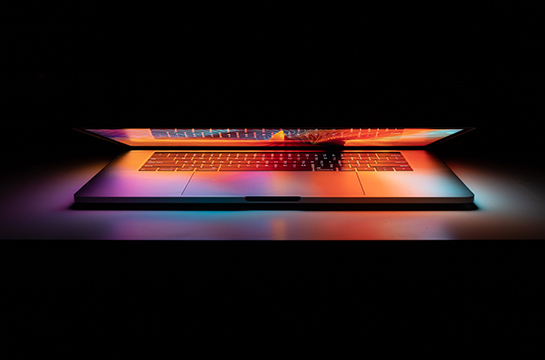 Using the Internet and Mobile Devices for Spiritual Growth 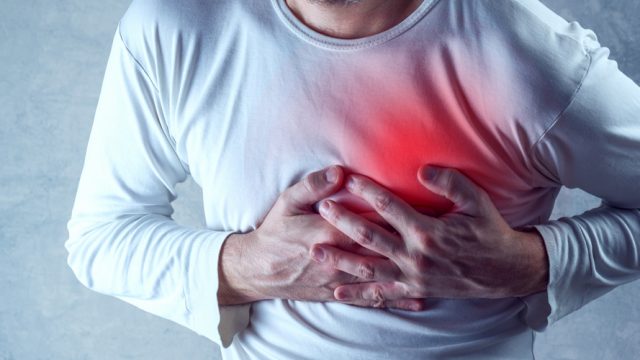 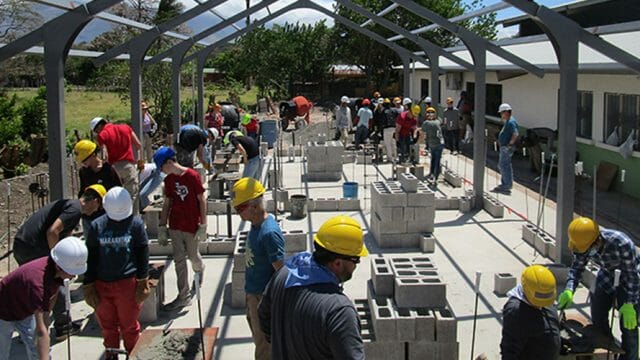 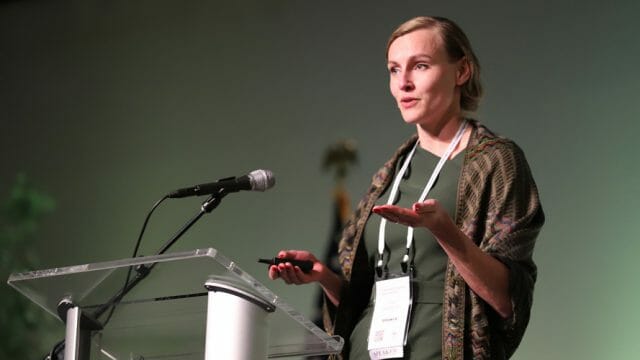 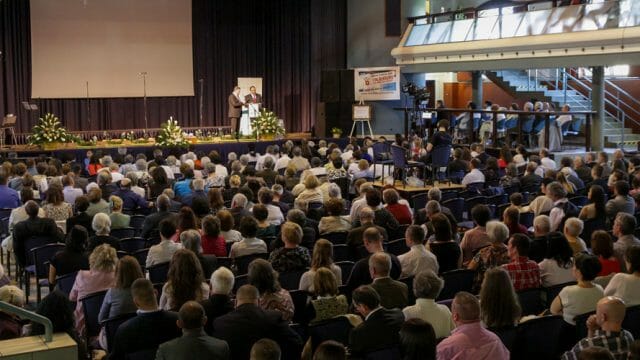 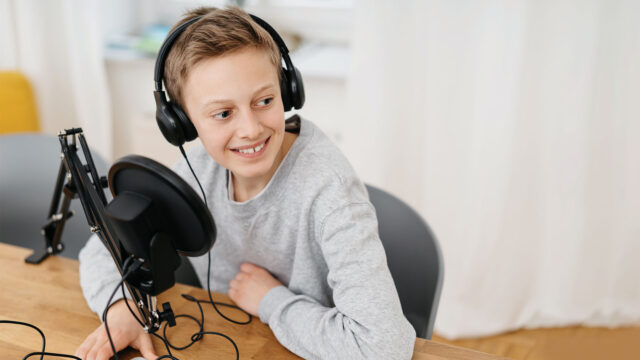