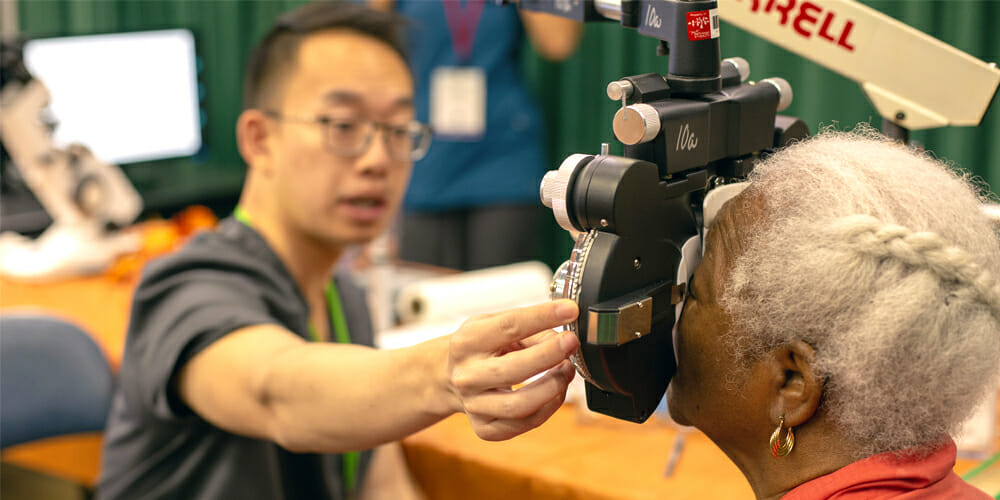 More than 6,800 receive free medical care at an Adventist mega-clinic in Texas.

“Tremendous!” “Impressive!” “Amazing!” This is how volunteers, patients, and community members alike described the most recent Your Best Pathway to Health event, a three-day mega-clinic held in Fort Worth, Texas, United States, September 19-21, 2018. The eighth in a series of Pathway to Health community health clinics held in cities around the U.S. over the past five years, the Fort Worth event stands out as unique.

“We had 2,200 volunteers, and approximately 50 to 75 percent of them were new,” said Kim Goodge, who manages volunteer registration for Pathway to Health. “We also had a large number of volunteers who are not members of our church — probably the largest ever,” she added.

Also noteworthy is the large number of school groups — more than in any previous event, with the exception of the Los Angeles, California clinic — that came to volunteer. These numbers are indicative of a growing trend in both the Seventh-day Adventist Church and the community: many people have the desire to serve and to make a difference in the lives of others — to be the “hands and feet” of Jesus. The volunteers in Fort Worth did just that, with more than 6,800 patients receiving about US$25 million’ worth of free services provided.

‘It Gets in Your Blood’

When asked, “Why do you do this?” Carol Schaefer, who worked in patient registration at the Fort Worth clinic and at three previous events, responded, “It’s what Jesus did when He was on the earth — helping people in their daily needs.”

Debra Dehning, general manager of the cardiology department, who, along with her physician husband, has volunteered in six clinics, beginning with Pathway to Health San Antonio, Texas, in 2015, agrees with Schaefer. “It gets in your blood,” she says, “and you can’t quit!”

Linda Crosier, who volunteered in the triage area, finds her involvement as a Pathway volunteer to be a fulfillment of her childhood dream to become a missionary nurse. A lifestyle department volunteer who recently lost her job, Crosier is passionate about Pathway to Health and plans to make the clinics her ministry. “[At Pathway] I can share my passion about living a healthy lifestyle without being afraid to mention God’s name,” she said. Regardless of what motivates volunteers to become involved, each one finds the experience rewarding — especially when they interact with the patients.

Dave Fiedler, who volunteered in the spiritual care department, encountered patients in a way that no previous Pathway volunteer has ever done. He got the idea that, in addition to serving as a chaplain during regular clinic hours, he would sleep outside and mingle with the patients as they waited in line overnight — passing out water, chatting with people he met, easing their tensions, and praying with them. When a woman who was waiting in line had a seizure and was taken to the hospital, Fiedler was able to organize a group of waiting patients to pray for her. He found them responsive to his suggestion.

“This [staying outside with people waiting for services] provided a tremendous opportunity to put a positive face on the organization before the people ever came through the door,” he said. Fiedler, like many of the volunteers, saw that the people he encountered were amazed when they learned that the clinic is run by volunteers who aren’t paid for their services — in fact, they actually pay their expenses to travel great distances! Those with whom he mingled outside overnight, as he used an inflatable float to sleep on the ground, were especially heartened by his selfless act.

Another first for the Pathway Fort Worth clinic is the impressive number of patients served on day one of the clinic: 3,211. “This is the most we’ve ever seen in one day,” said Lela Lewis, president and co-founder of Pathway to Health.  “We have not had that kind of response, even in Los Angeles,” she says. “I can’t explain why; I just know there is a great need, and we’re trying to fill that need in a small way.”

Perhaps the overwhelming influx of patients can be attributed in part to the tremendous media coverage that was given to Pathway Fort Worth. “Every media outlet in the city came out to do coverage, wanting to tell the story of what happened here,” said Costin Jordache, who serves as head of the communication/media department for Pathway to Health.

Indeed, Pathway Fort Worth met many needs, some of which came as an unexpected blessing. “We witnessed a miracle today!” exclaimed Jon Washington, a licensed massage therapist who worked in the active manual relaxation and hydrotherapy department. He told the story of a woman named Linda who had come to the mega-clinic for dental work but found herself seeking massage therapy when she was unable to receive dental services due to a maximum capacity of patients. Three years earlier, Linda had surgery, during which six screws were placed in her back. But after the surgery, she was worse off than before, and she was in constant pain, despite the medications that had been prescribed.

Washington listened to Linda’s story and then prayed with her. “I’m not the healer. Jesus is the healer,” he assured her.

After a 20-minute massage therapy session, Linda was miraculously able to walk under her own power without a cane. Rejoicing that her original plans had been thwarted, Linda said, “This is the best thing that could have ever happened!”

Healing in Every Dimension

Operating on the principle of whole-person health, Your Best Pathway to Health seeks to bring healing in every dimension — physical, mental, emotional, and spiritual. Music therapy is a vital aspect of that healing process. Claire Diaz, director of the music department at Pathway Fort Worth, related that a man was standing in line listening intently to the instrumental music that one of the volunteers was playing. “What is it about your music that makes me feel like God is talking to me?” he asked the musician.

“Are you a Christian?” she asked.

“I used to be,” he told her, “but I feel like something is tugging at my heart.”

Thoughtfully she responded, “Maybe God is calling you.”

When the man asked her how we can know the will of God, the musician offered to give him a Bible study on the topic right then and there. They finished the study and prayed together, and then he exclaimed, “I thought I was coming here for physical healing, but actually, I think I came for spiritual healing!”

Planning and executing a mega-clinic such as Pathway to Health is a massive undertaking that requires the collaboration of many people, including church organizations and their leaders, community agencies and civic leaders, along with a dedicated team of volunteer department heads and others who work tirelessly to pull it all together. Southwestern Adventist University, Texas Health Huguley Hospital (which provided all lab services at no charge, in addition to operating suites for major surgeries and sending volunteers), several local academies and elementary schools, and many others too numerous to mention, all contributed in their own way to make the event a success.

Providentially, two well-known and influential pastors from the community, Kenneth Jones Jr., pastor of the Como First Missionary Baptist Church, and K. P. Tatum, pastor of the New Mount Rose Missionary Baptist Church, were instrumental in paving the way for Pathway Fort Worth. Through the efforts of their church members, who delivered flyers by hand all over the city, they saved the organization thousands of dollars in additional advertising expense.

“We had pastors from Baptist and Assembly of God churches, the Texas Conference, and the Southwest Region Conference all working together to impact the city in a marvelous way,” said Elton DeMoraes, vice-president for ministries at the Southwestern Union Conference of Seventh-day Adventists. The Southwestern Union, as well as the Texas and Southwest Region conferences, not only collaborated to fund the event, but also administrators, staff, pastors, teachers, church members, and others rolled up their sleeves and came together to be the “hands and feet” of Jesus, doing whatever was necessary to get the job done. Their efforts were a blessing to the patients but also to those who served.

“It’s amazing to see how much need is out there,” said John Page, treasurer of the Southwestern Union. “I’ll never complain again about having to pay a co-pay for my medical or dental bill,” he said. “I’m just glad I could be a part of something that could help.”

Caring About the Community

Pathway to Health made an impact on Fort Worth and its citizens, beyond a shadow of a doubt. “I’m impressed with all the services you are offering — portable x-rays, dental services, a little bit of everything — even haircuts! It’s amazing!” remarked Betsy Price, mayor of Fort Worth. “Thank you for caring about our community,” she said.

Summing up the reason why this ministry exists, Lela Lewis, Pathway to Health president, says the North American Division organization is simply engaging in the healing ministry of Jesus. Plans are already underway to hold the next event in Raleigh, North Carolina, sometime in early 2019, and then in Indianapolis, just prior to the next General Conference Session, where another mega-clinic will take place.

“In April 2020 we hope to have 4,500 volunteers and, by God’s grace, serve 10,000 people in the city of Indianapolis,” Lewis said. Having completed eight events and now on the way to the next, Lewis recognizes that these clinics happen only by God’s intervention and blessing. “Every event is a miracle beyond miracles,” she said. 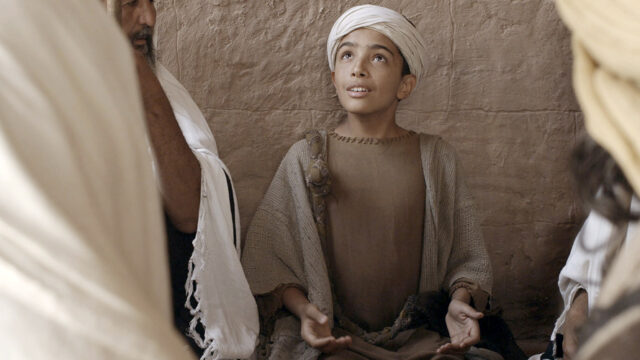 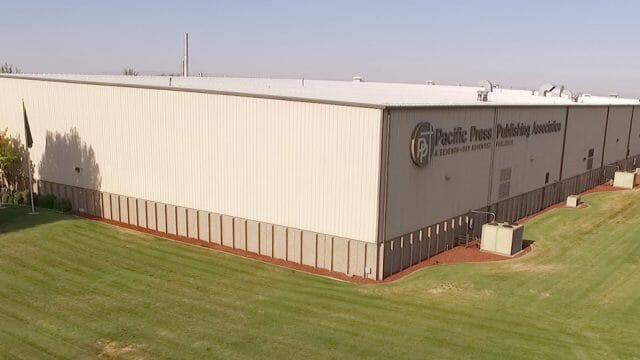 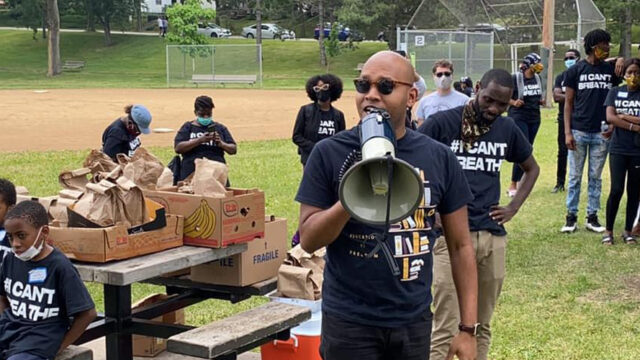 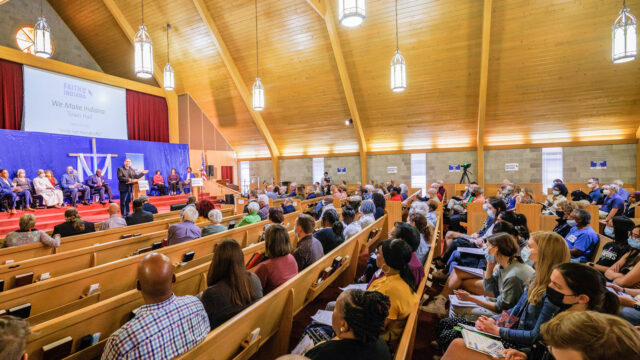 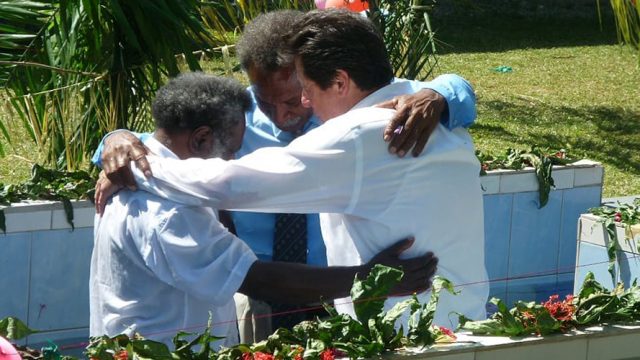 In Papua New Guinea, ‘Adopt a Clinic’ Initiative Results in Dozens of Baptisms 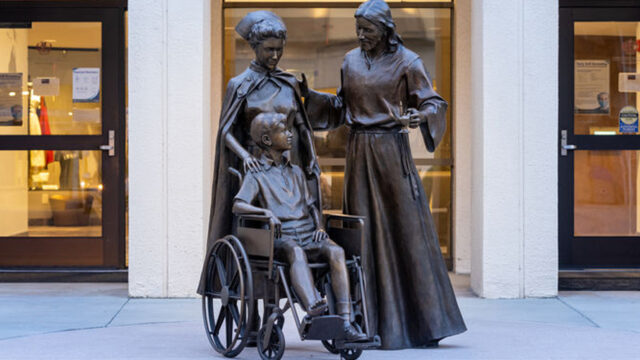