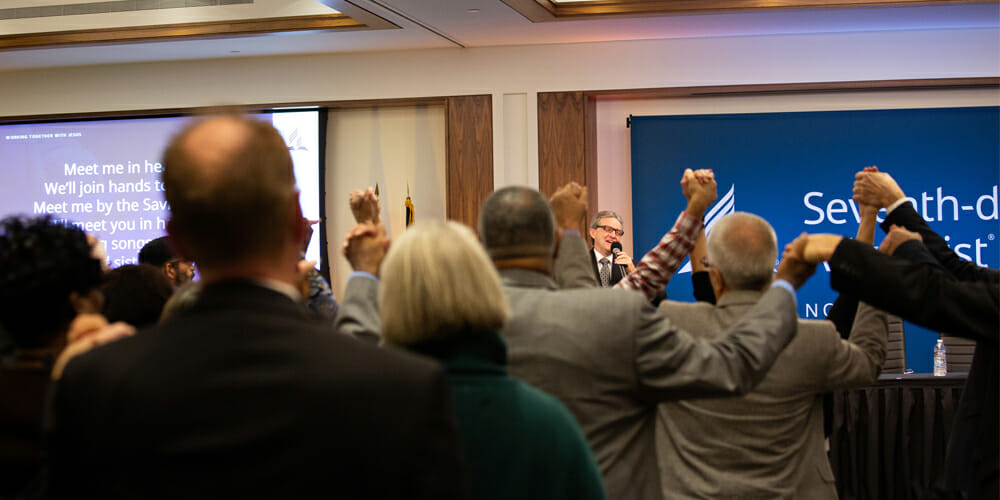 Day 2 of the 2018 North American Division Year-End Meeting begins and ends with thoughts on evangelism and the mission of the church.

Key reports and presentations made for a full business session on Nov. 2, the second day of the 2018 North American Division (NAD) Year-End Meeting (YEM). The morning started with announcements of the work of the YEM nominating committee. Five employment candidates’ names were brought to the floor for discussion and vote. All five names were approved.

Randy Robinson will serve as the NAD treasurer following the retirement of G. Thomas Evans in January 2019, pending a vote by the General Conference executive committee. Robinson has served the denomination for 36 years and is currently the treasurer of the Southern Union Conference, where he has served for 11 years.

Arne Nielsen was voted to serve as the division’s vice president for education, following the retirement of Larry Blackmer. Nielsen is currently the NAD director of secondary education and accreditation.

Carl McRoy was elected to serve as literature ministry director, a position that has been vacant for seven years, according to Daniel Jackson, president of the NAD. McRoy is currently the publishing director of the South Atlantic Conference, where he also serves as an interim pastor.

Ernest Hernandez will serve as the division’s new director of volunteer ministry. In 2018, Hernandez led the team as its interim director. Prior to being in that position, he was the Office of Volunteer Ministry’s processing and communications coordinator.

Bonita Shields was voted as the new director of stewardship ministries, following the retirement of John Matthews, making her the first woman to occupy the role. Shields is currently the associate director of the department.

G. Alexander Bryant, executive secretary for the NAD, opened his report with highlights from departments and initiatives of the division, including the Office of Volunteer Ministries (OVM).

Ernest Hernandez, the new director of OVM, shared that the total number of long-term missionaries serving 1 to 2 years from around the world is 1,708, with 441 of those from the NAD, 1,174 from all other divisions combined, and 93 from Adventist Frontier Missions. Hernandez also reported that two-thirds of volunteers overall are under 30 years old. He urged those in attendance to remember that they should treat their own division as a mission field. “We have a huge number of individuals desiring to serve. They need more opportunities,” Hernandez said.

E. Douglas Venn, director of Urban Missions in the Global Mission department of the General Conference, was invited to share videos and stories about how NAD church leaders and members are helping to change lives through Mission to the Cities by operating centers of influence across the division. Church plants, restaurants, community groups, day-care centers, and tutoring programs are just a few of the ways Adventists in the NAD are reaching out to those in the cities.

“I believe that the brightest days of mission are before us if we continue to uplift Christ in our cities,” Venn said. “But there also is the opportunity to continue our worldwide focus on mission outside of this territory.”

In his report, Bryant said, “The world membership is still exploding. And the Lord is blessing in the [NAD], the church is growing,” as he reported statistics on church membership as of Dec. 2017: 1,249,715 members, 5,561 churches, and 852 companies.

Bryant shared that the nine unions that comprise the division have seen a mix of either growth, steady membership, or a slight decline in the past year. In the NAD’s one mission conference (Guam-Micronesia Mission), membership accession has more than doubled.

In 2017, 36,179 people joined the church through baptism and profession of faith. The growth rate overall in 2017 was 2.92 percent; in 2016 the rate was 2.97 percent. In the past six years, the new membership total is 184,287. But Bryant also said that there have been losses. When losses (deaths, dropped or missing members) are factored in, the numbers shift to 61,982 net gain of members in six years.

“Every nation, kindred, tongue, and people are hearing and receiving the gospel all around, and the Adventist Church is getting stronger and stronger.”

Bryant wrapped up his YEM report with a challenge: “We have a mission field with 59 of those cities, major cities with more than one million people living in them, in our territory. This is a challenge, but there is a promise in meeting that challenge — it’s the promise of the Lord in Joel 2:28.

Paul Brantley, vice president for Strategic Planning and Assessment, provided a status report on how the 49 NAD departments, institutions, and entities are meeting the goals outlined in the division’s “2020 Vision.” Brantley praised the efforts of leaders who incorporated the NAD mission into their ministries’ mission statements.

The mission statement of the North American Division is “To reach North America with the distinctive, Christ-centered Seventh-day Adventist message of Hope and Wholeness.”

“If we’re going to become a great organization for the glory of God, we need to be aware of the mission. [We need] crystal-clear clarity,” said Brantley. “We need to be aligned around mission, all of us working together to do it, and we have to be accountable for accomplishing mission.”

“Being missional is behavior, it’s the things that we do that make us missional,” said Sharon Aka, associate director of Adventist Learning Community. “Mission guides our actions, but our actions are what people actually see in our mission approach.”

Ken Denslow, assistant to the NAD president, shared a report on Native Ministries, telling delegates about the “awesome opportunities the church has to serve the needs of those, our brothers and sisters.” He added, “Everywhere we turn there is openness on the part of tribal leaders to work with them in vital areas of health needs: diabetes, depression, drug and alcohol addiction, suicide are areas of extreme and immediate need on reservations and reserves.”

Denslow went on the talk about the numbers of people in North America who have Native ancestry. He said, “In 2010 there were 2.9 million people in the U.S. who claimed 100 percent Native ancestry, with a total of 5.2 million who were either all or part Native American. In the indigenous population in Canada it’s 1.6 million people. We must not ignore this great number of people here in our land, people who were here before us.”

Monte Church, a widely recognized leader of Native Ministry who created the Native New Day and Native New Life series, addressed the YEM delegates, saying, “The Lord has blessed the Native work. I think a lot of it has to do with being part of a union [North Pacific Union Conference] that allows us to experiment and to do things that might be considered a little bit unorthodox. The Lord has blessed — we started out with 312 Adventist members; we’re pushing 5,000.”

During the presentation, Brian Cladoosby, president of the National Congress of American Indians, and chairman of the Swinomish Indian Tribal Community, and a first-generation Adventist, told the story of his family — and how they’ve broken the cycle of alcoholism and drug abuse. He related that to his role as a tribal leader. “That’s my goal: break the cycle.”

In the Morning and Evening

Although moments of prayer and brief bouts of singing accented the morning and early afternoon business sessions, worship, praise, and thanksgiving were most prominent on the second day of YEM during morning worship and Friday evening vespers.

Steven Poenitz, executive secretary for the Lake Union Conference, offered the devotional thought on Friday morning. Poentiz, who has served as a pastor in churches across the division, spoke on the “Ministry of Presence.” He said that, as Jesus was among others, we are to be among each other — even when we have disagreements. Referencing the Pentecost, Poenitz said, “More than ever, I’m convinced Jesus is at the head of the church.”

Attendees heard stories about dynamic members and leaders, including a chef who operates a vegan restaurant; a local church serving refugees from Syria and Afghanistan; an elderly couple making friends on a Native American reservation; and Hispanic pastors who are on a mission to create 15,000 small groups.

The following are a few standout quotes from the program:

Jose Cortes Jr.: “Compassion is not an event, it is a lifestyle.”

Sergio Quevedo, church planter in the Southern New England Conference: “More important than the community knowing the name of the church, was the church to know the names of the people of the community,”

Julie Lee, vice president of marketing for Maranatha Volunteers International: “Transformative evangelism is a calling that compels us to compassion and generosity, opening our hearts to the joy of service and the exhilaration of a life lived for and in Christ.”

Anthony Wagener-Smith, associate director of the NAD Evangelism Institute: “May we be people who are known not by what we do, but by [whom] we empower, by what we leave behind, and that is only going to happen if we’re fueled with a white-hot faith in the Lord Jesus Christ. May we continue on that journey, and may it not be business as usual but be defined by a legacy of multiplication and a legacy of passion for all that Jesus has done and all that He is.” 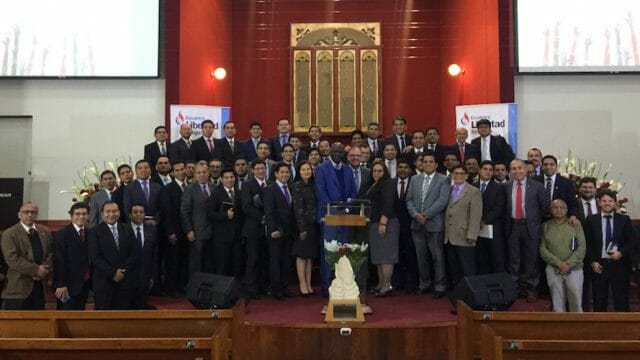 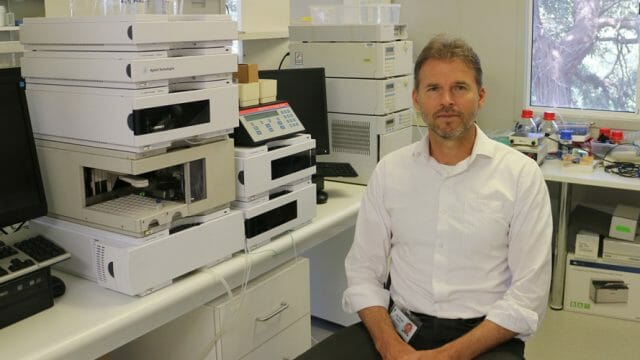 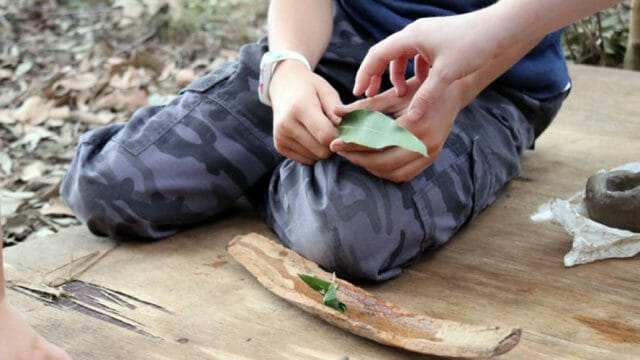