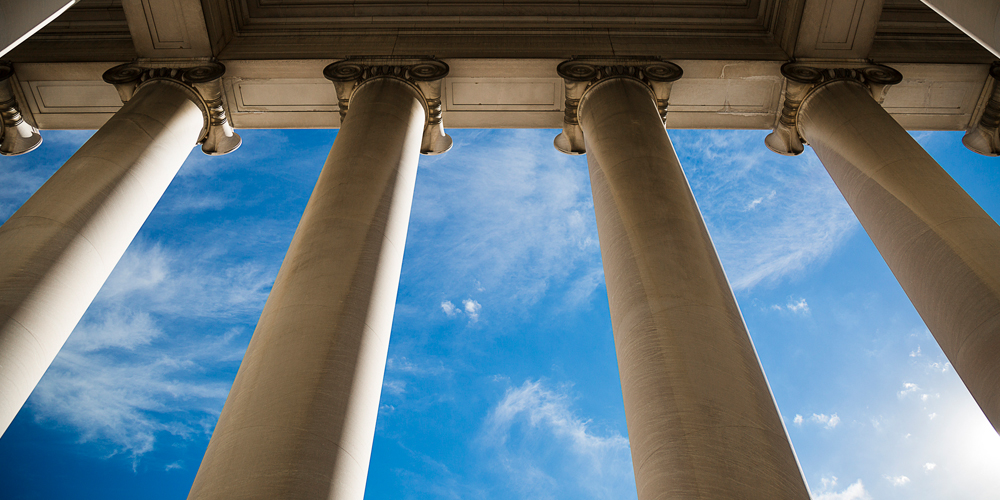 How should Seventh-day Adventists relate to political entanglement and partisanship?

I first came across the unusual but useful adverb “Christianly” in an article published in 2019 about the role of faith in politics. In an interview, Michael Wear, a former director of President Obama’s White House faith-based initiative, said Christians have a special responsibility to speak up about issues of public policy.

“That doesn’t mean that we need pastors speaking on Sunday morning about what they think the marginal tax rate should be,” he said. “What it does mean is that we should be insisting that Christians are thinking ‘Christianly’ about politics.”

So, what exactly does a “Christianly” approach to politics look like? And could we perhaps go even further and try to describe an “Adventistly” way of engaging with politics?

As a worldwide church of more than 21 million members, Seventh-day Adventists are present in some 200 countries, living and worshiping under governments that span the spectrum from authoritarian regimes to well-established democracies and every form of government in between. Each country has its own unique political dynamics and grapples with its own burning questions of public policy.

Given this reality, is it even feasible to try to discover some shared principles that could somehow portray an “Adventistly” approach to politics?

Much has already been written about the way Adventists in North America historically charted the treacherous waters of political engagement.1 Ellen White, through her writings and her example, helped early Adventists develop a balanced, careful approach, which affirmed that church members could, in good conscience, vote in elections and even advocated enthusiastically for issues of public policy while maintaining careful guards on their independence and integrity.2

As you read through this guidance, some of it is clearly directed toward specific situations of her day. A common thread does seem to emerge, however, and it’s a simple, practical idea. It is that while we, as individual church members, have the freedom and responsibility to engage in the civic affairs of our nation, our participation should never be dictated by the collective say-so of a political party and its agenda.3 Rather, our participation should be guided by individual, prayerful consideration of public issues, looking at them through the more nuanced and authoritative lens of our faith and biblical values.

I’d suggest that this key idea — the wholesale rejection of uncritical party loyalty, and all the trappings of partisanship that come with it — should be at the heart of any attempt to define an “Adventistly” approach to politics.

Social scientists have a name for this strong tendency we humans have for “picking a team” in politics and rooting for it, come what may. “Partyism,” as defined by a 2017 Stanford University study, is an ingroup bias. It motivates you, as a supporter of a particular political party, to identify so strongly with your chosen “team” that you reflexively support it. And you do so even when some of its policies may actually run counter to some of your other deeply held values. This fascinating study, conducted in the United States, concluded that often a sense of political affiliation will trump other social identifiers such as gender, race, religion, language, and ethnicity.4

In other words, our political engagement begins to feel more like a game of football, where the prime objective is to score goals and beat the other team. Even worse, our subjective sense of belonging to one side or the other in politics can actually erode our commitment to our spiritual values.

This kind of blind allegiance to a specific political party is dangerous enough, but for Christians, there’s an even more insidious form of “partyism.”

One of the most unsettling concepts in today’s political discourse is the idea of “the Christian vote.” Pollsters and media commentators invoke this phrase in electorates around the world. I’ve come across it recently in news articles from the United Kingdom, the United States, Nigeria, Australia, Canada, and Egypt, where, in different ways, the so-called Christian vote has some significance within each local political context.

It’s a phrase that implies the marriage of one’s religious identity with that of a specific political agenda. It suggests that Christians can be treated as a voting bloc, with political candidates courting their favor and pandering to their perceived interests. It assumes that Christians can, by and large, be factored into political equations and relied on to help advance political interests. In some cases, this is a reality. Consider, for instance, a report by the Barna Group, an independent research organization focused on the intersection of faith and culture, which traced the pivotal impact of Evangelical Christians in a recent U.S. election.5

Recently, I’ve attended a number of events for religious leaders and advocates hosted by politicians, and at times have had an uncomfortable sense that a line was being crossed. The overall tone of these occasions has sometimes carried a sense of quid pro quo, with the faith community giving their tacit blessing to a political leader, while he or she, in turn, declares, “Don’t forget I’m looking out for you.” At one such event, after a politician had talked about his commitment to care for the interests of faith communities, a staffer then urged pastors to use their pulpits to share the message. “Remember, Sunday is coming!” she said. “Sunday is coming, and you’ll have a chance to talk about all this with your members.”

This is an especially seductive form of “partyism.” We like to be “in the room.” We like to be acknowledged. We like to feel that we have visibility and respect. We can even justify this by feeling that our goals are worthy ones and our purpose is pure. But the desire for political influence and access — even if it is in support of important issues that align with our faith values — can sometimes corrupt in precisely the same way as blind allegiance to a political party. It can blunt our moral acuity and lead us to divide our loyalties in ways that White clearly saw when she warned against Adventists as a people being “unequally yoked together with unbelievers in political strife.”6

The political machinery and public policy debates of your country may look vastly different from those of the country where I live and work. But I pray that as we each consider our participation in the civic realm — whether as a voter, an advocate, or even as an elected public official — we’ll remember to “think Adventistly.” That means rejecting blind partisanship and working instead to reflect Christ and the values of His kingdom in the public space.

Bettina Krause is an associate director of the Public Affairs and Religious Liberty (PARL) department of the General Conference of Seventh-day Adventists. She represents the world church in Washington, D.C., engaging with United States institutions as well as with diplomatic, international, and non-governmental organizations headquartered in Washington.

1. See, for instance, the in-depth research of Adventist historian Douglas Morgan in his book, Adventism and the American Republic: Public Involvement of a Major Apocalyptic Movement (Knoxville, TN: University of Tennessee Press, 2001). In terms of practical guidance for individual church members, two especially helpful documents are: “The Right to Vote: Shall I Exercise It?” which is a compilation by the Ellen G. White Estate; and “Church-State Relations,” an official statement adopted by the Council of Interchurch/Interfaith Faith Relations of the General Conference of the Seventh-day Adventist Church in March 2002 and used as a guide by the church’s Department of Public Affairs and Religious Liberty.

3. “The Lord would have His people bury political questions.” “We cannot with safety vote for political parties.” “It is a mistake for you to link your interests with any political party, to cast your vote with them or for them.” Ellen G. White, Gospel Workers (Washington, DC: Review and Herald, 1915), 391-393. 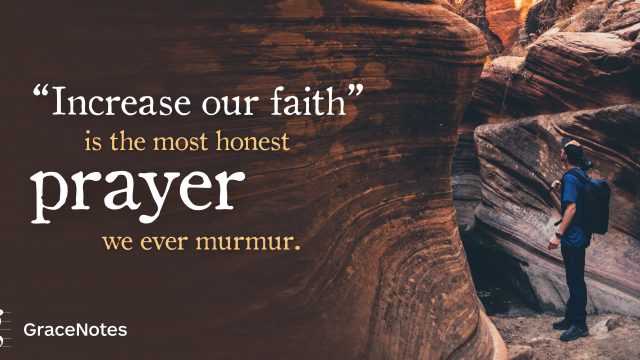 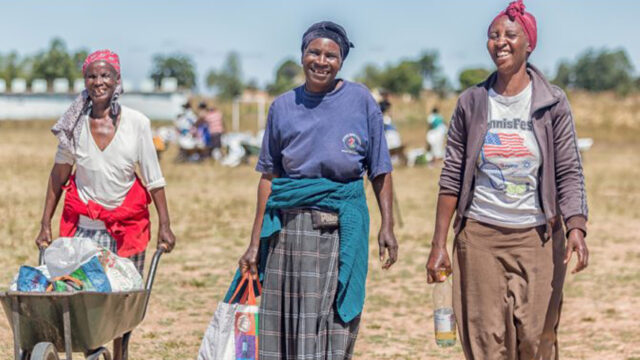 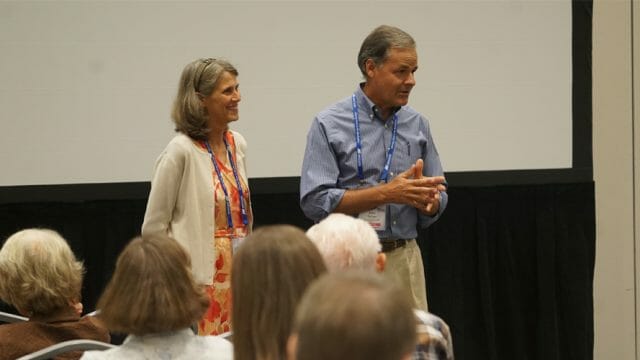 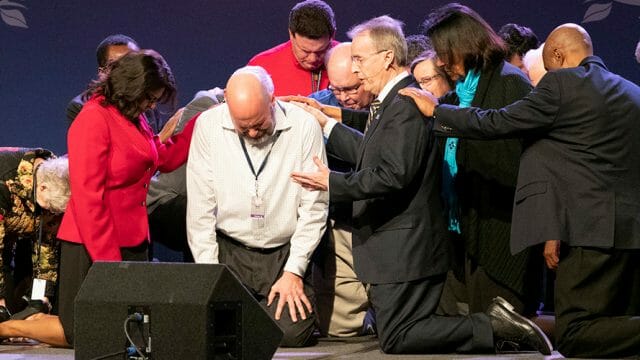