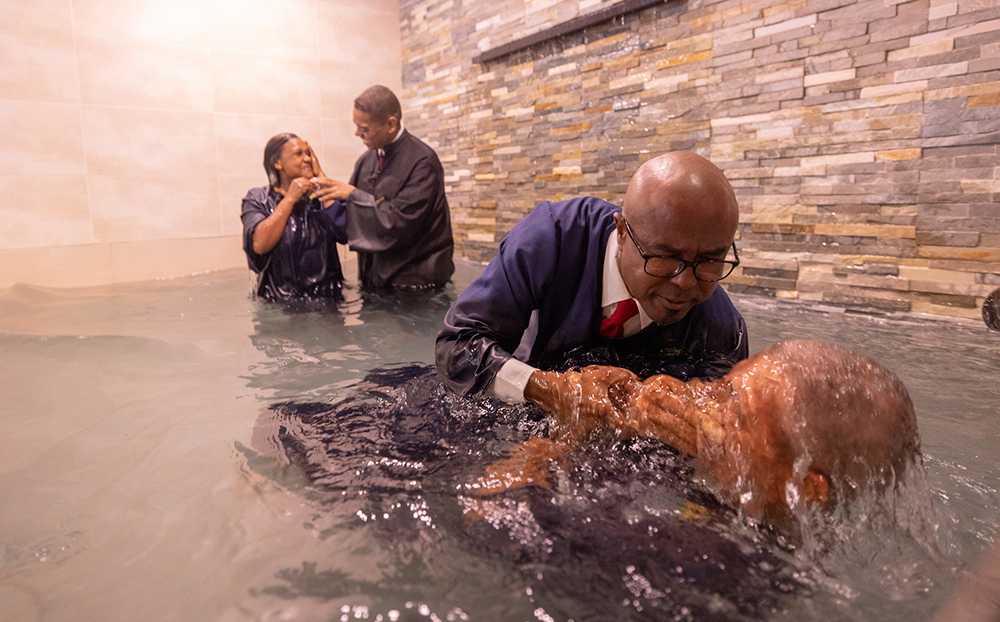 Seventh-day Adventists across the Inter-American Division (IAD) celebrated thousands of baptisms on October 29, 2022, as they closed a special year of evangelistic […]

Seventh-day Adventists across the Inter-American Division (IAD) celebrated thousands of baptisms on October 29, 2022, as they closed a special year of evangelistic campaigns and activities in commemoration of the 100th anniversary of the church’s official organization in that region.

Leaders and members crowded the Central Higüey Seventh-day Adventist Church in Higuey, Dominican Republic — the hub of the territory-wide celebration — to welcome 40 new believers into the congregation as a representation of thousands being baptized across that nation and the rest of the IAD.

The live centennial program streamed online included baptismal prayers given by 24 union presidents as a symbol of evangelistic efforts taking place throughout each IAD church union region. Elsewhere in the Dominican Republic and IAD, many church elders and some pastors baptized more than 12,000 new members into the church.

Church in IAD only stops to baptize

“The church in Inter-America only stops to baptize, like the chorus song says,” IAD president Elie Henry said as he invited the congregation of more than 300 at the Higüey church to sing during the online worship program.

“There’s joy in heaven for each sinner who accepts Christ,” Henry said. But there is much more work to do, he added. “There are many families destroyed who need hope. Too many around us are suffering from hunger, violence is prevalent, social issues keep rising, and it just tells us that this world needs the hope of Jesus, and we must continue to move forward preaching.”

Henry challenged every member present and every viewer online to continue preaching the gospel whether as a newly baptized member or a longstanding church member. “You who were just born into the church today, you become a missionary, you become a messenger, a preacher of the Word of God,” he said.

The special day of celebration was part of coming together to celebrate what God has done, Balvin Braham, IAD vice president and main organizer of the centennial celebrations, said. “Lay members and pastors of the church in Inter-America are on fire for the Lord. We have seen it not only this special year of centennial celebrations but ever since our pioneers began spreading the gospel throughout this great territory.”

Large Efforts in the Dominican Republic

The efforts across the Dominican Republic alone resulted in more than 3,000 people being baptized after intense evangelistic campaigns began this month across 1,250 churches and designated sites to spread the message of the gospel and welcome new members. The national efforts included 90 preachers and evangelists from throughout the IAD and from the General Conference of the Adventist Church and the North American Division, as well as local church elders, Paulino Puello, president of the Adventist Church in the Dominican Republic, reported.

Ramon Canals, ministerial secretary of the General Conference, led evangelistic campaigns on the theme of “Victory in Jesus” to dozens of guests who came to the series. “Every night, about 30 persons responded to the altar call, and many more will be getting baptized in the weeks ahead,” he said.

During a brief message, Canals reminded newly baptized members and those who will soon do so that communion with God is not an option; it’s a necessity to fulfill the mission of the church. “The Holy Spirit will help us to fulfill the mission of discipling others, but we must have spiritual resilience by meditating in the Word of God, and dedicating time to pray every day,” he said.

Sheridania Castillo, 24, was among the group who heard Canals speak while attending the evangelistic series at the Central Higuey church and got baptized. She had been baptized at 11 years old but left the church in her teens. “One night while I listened to Pastor Canals, I was struck by the promise that there is life after death, an eternal life that Jesus offers me, offers us,” she said. “I just wanted to find more purpose in my life, as nothing was really meaningful while I was away from God. So I decided to give my heart to Him and took a stand of commitment through baptism today.”

Castillo said she dreams of becoming a physician but has been undergoing several surgeries. She knows God will guide her as she finishes her basic college courses before applying for medical school. “I don’t know how God is going lead me, but I have faith and peace about my life with Him.” She wants to tell others of what Jesus means to her and how they need to not waste any more time looking for ways to fill their time.

Many evangelistic series throughout the IAD were concluding on Saturday, including the Inter-Oceanic Mexican Union’s efforts, which saw 1,000 baptized on October 29 as a result of evangelistic efforts in hundreds of small groups.

In the South Colombian Union territory, 52 evangelistic campaigns were held in Cali, led by dozens of pastors, laypersons, and Bible workers from throughout the IAD and outside of the territory through an Adventist World Radio initiative. More than 300 were baptized on Saturday. South Colombian Union president Alvaro Niño reported that additional evangelistic campaigns led by local church leaders and lay members outside of Cali will take place November 5-12.

Evangelistic efforts led to more than 800 people being baptized yesterday across the north, south-central, and central parts of Haiti.

Andrea Suzzete and Jarib Méndez were among the hundreds baptized in Chiapas. After listening to several evangelistic campaigns in 2021 and 2022, they decided to enroll in Bible studies led by church elder Wilber Velasco Escubedo over the past few weeks. “From day one we have been blessed in the church, and we felt overjoyed to know that hundreds more were being baptized in other parts of Inter-America,” Suzette said.

In the Caribbean islands, more than 200 members were added during the centennial baptismal celebrations this weekend. “Several young people from our schools in Barbados were baptized, as well as two deaf persons in the East Caribbean territory,” Caribbean Union president Kern Tobias said. More than 200 new members joined the church in Suriname, Guyana, Tortola, St. Maarten, and St. Thomas as well.

The South Central American Union, which is composed of Costa Rica and Nicaragua, saw 347 baptisms during the day’s evangelism celebrations, church leaders reported.

Jamaica also had more than 200 baptisms on October 29, during centennial evangelism efforts throughout the island, church leaders reported.

Elsewhere in the IAD, churches welcomed hundreds of new members into their congregations during the baptismal ceremonies.

Caring for the Lost and the Missing

It’s a joy to see so many giving their lives to Jesus, IAD executive secretary Leonard Johnson said. Just as in the parable of Luke 15, he said, as Christians we need to have concern not only for those who are lost but find those who are missing — who have left the church. “As pastors, lay leaders, and elders, we must take the initiative to care for the members, to keep them in the body of Christ,” Johnson said. “Let’s build relationships, form relationships, and enter into the joy of the Lord celebrating the goodness of God.” 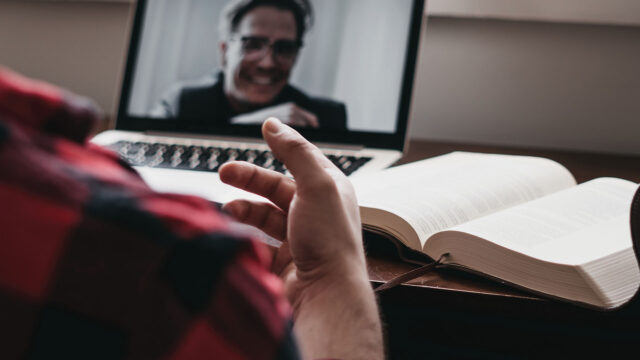 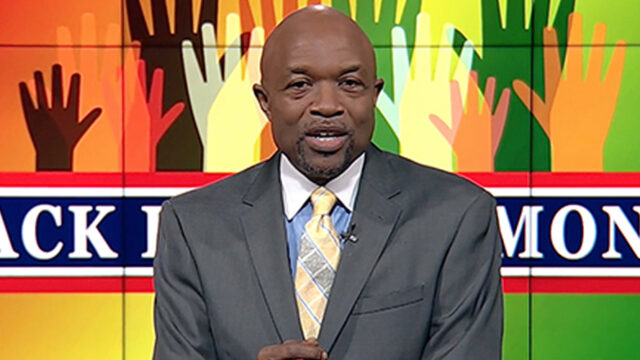 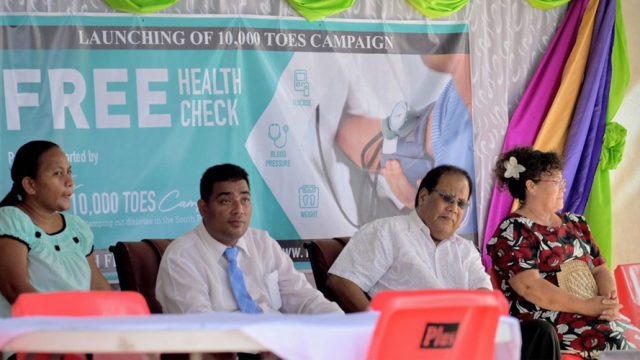 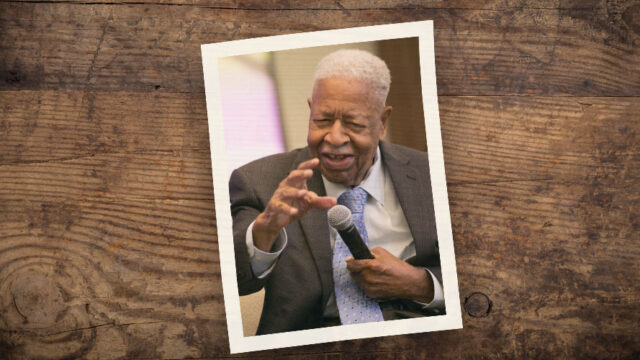 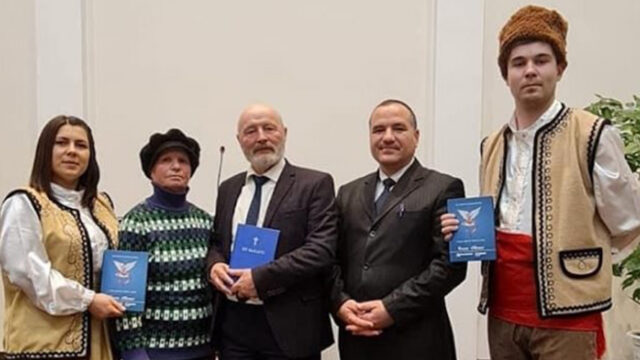 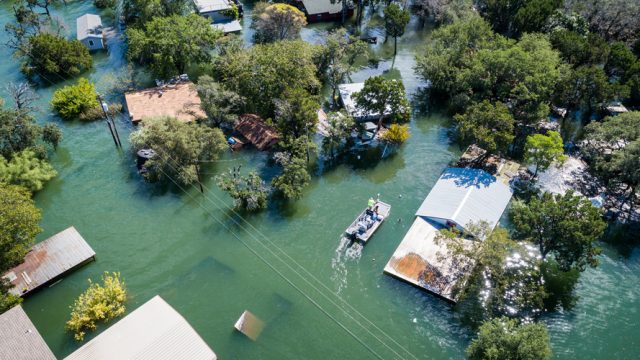