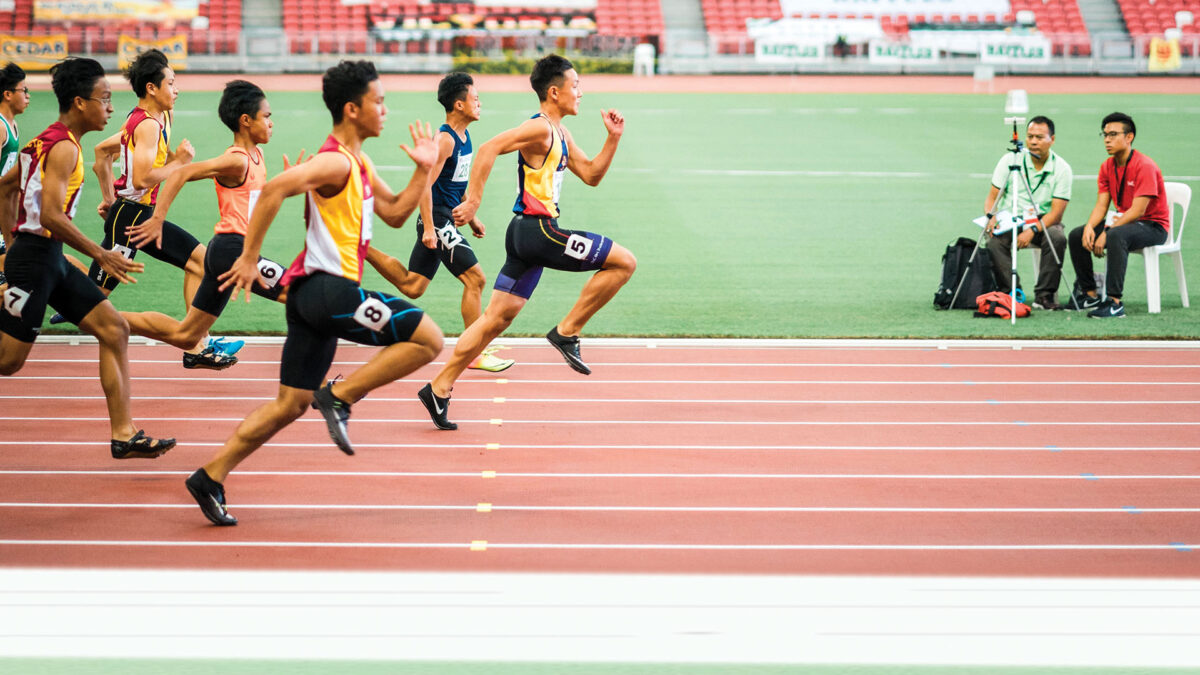 We know how the story ends

It’s a horrible story right now. At the time of this writing, a globally notorious plague, novel coronavirus disease 2019, has killed more than 360,000 people around the world, and produced a level of international disruption thoroughly unimaginable in peacetime.

COVID-19 may miraculously vanish and confound all the expert predictions. Meanwhile, the norms of free society surrender to the tyranny of fear; democratically elected leaders issue emergency orders that meet meek conformity from panicking populations; established social, public health, political, and economic foundations shudder and tremble on a global scale. The whole creation moans through a war with no neutral countries or individuals, and no winners, just survivors.

Not that trouble is new to earth. Indeed, we live with so much trouble that stories of downright wonderful beginnings, all things “very good” (Gen. 1:31), sound alien to us.

In that “very good” time of bliss-filled beginnings, before war broke out on earth, the Creator and His children used to stroll together in the cool glow of evening sun. But one day they didn’t show up for their appointment with Him. Weird. Maybe if He waited they would suddenly spring from the shrubbery, faces aglow with youth and love, and shouting together, “Surprise!” But He already knew why waiting wouldn’t work. Not foliage, but fear, was hiding them: they had ruined the friendship. They had done the one thing He’d told them not to, and that despite the ample graciousness of His order: Eat free! Except from one specific tree that will kill you if you do (see Gen. 2:16, 17).

Devastated as He knew they felt, He wanted them to know He still longed for their company. So He called out to them, “Where are you?” (Gen. 3:9). He could see them wherever they were. And they could hear Him whenever He called. Against our petty conceptions of Eden’s loss, its tragedy was never about blundering between two kinds of fruit—apple versus mango. Eden’s pain is God’s children coming to accept that there was something better to life than His “very good” provisions; agreeing that something God forbids is “good for food,” “pleasant to the eyes,” “desirable” for wisdom (Gen. 3:6). Simply accepting that thinking turned everything on earth bad, even before the first tear or faded leaf; or slaughter of innocent lamb, or crime, or supposed divine appeasement. That thinking gave Satan a battle victory in the war he had started in heaven before God founded life on earth.

Now, instead of joy, Adam felt anxiety about meeting God. Instead of racing Eve into their Father’s arms, he was hiding from the face of love. Agreement with the serpent robbed humans of everything worth anything: self-esteem and personal confidence, sweet matrimonial relations, the compact with nature through which each would bless and serve the other. Most of all, the relationship with God our Creator Father.

Those robberies were Satan’s battle blows, dealt against God through battering His children. His evil, conceived and frustrated in heaven, had advanced on earth, which he claimed now as his territory. With shameless daring he offered its mastery, “power he had usurped,”¹ to Jesus, if He would worship him (Matt. 4:8, 9).

He knew why Jesus had come to earth. It was God’s next move against him in the war he was fighting against God and His goodness. He had heard God’s promise of help to the humans whom Satan had corralled into his POW camp here on earth. He was working multiple strategies, trying, on one hand, “to wear out the forbearance of God, and to extinguish His love for man, so that He would abandon the world to satanic jurisdiction”;² and on the other, to teach his own truth about salvation. “Through heathenism, Satan had for ages turned men away from God; but he won his great triumph in perverting the faith of Israel.”³

How? By establishing within their religion a notion that hallmarks every false religion, namely, “the principle that man can save himself by his own works.”⁴ The concept of self-sufficient salvation makes Jesus redundant, and anything that diminished Jesus would be triumph for Satan. From the day jealousy overran his brain, he has labored to show that Jesus does not deserve the status He enjoys. Sidelining Him furthered that effort: if we don’t acknowledge our absolute need of Jesus, He can never save us.

Would Satan’s strategies work? Would God give up on humans? Would humans make Jesus redundant? Satan came close to achieving both purposes. Within one and a half millennia, God admitted that humanity’s thoughts weren’t on Him; they were “only evil continually” (Gen. 6:5). Had Satan triumphed? Had the height of human evil become greater than God’s love?

On another front, Jesus “came to His own, and His own [people] did not receive Him” (John 1:11). Would blunt rejection turn His heart away?

It would not; could not! God so loved the world that “instead of destroying the world, [He] sent His Son to save it.”⁵

It would be the ultimate battle of love against evil. The inhabitants of sinless worlds looked on, objectively and for their own sake: if Satan won, their security was no longer guaranteed. They saw Jesus’ rejection: no place for His birth but among the animals; no den like the foxes, no nest like the birds, no place to lay His exhausted head (Matt. 8:20); no crown but thorns for their King. Intelligences beyond earth’s clime watched humans fail and sin surge to its raging climax with the Son of God spiked naked to rough-hewn wood and elevated for shameful spectacle.

But even as they gazed, spellbound, they heard a sound arise, erupting from hell’s fathomed depths and love’s inexhaustible fountain—a cry that rocked the whole universe into perfect equilibrium as it ripped hell’s gates out of their sockets: “It is finished!” (John 19:30). Yes: the millennial struggle over Earth’s lordship; the conflict on the rule of infinity; the battle for my heart; finished.

Now everlasting kingdom, power, and glory are His and His alone; now “all dominions shall serve and obey Him” (Dan. 7:27). Yes, in a story that has no ending, Jesus reigns forever, Lord of all—as Bill and Gloria Gaither have told it a thousand times:

It is finished, the battle is over;

It is finished, there’ll be no more war;

It is finished, the end of the conflict;

It is finished and Jesus is Lord!⁶

An associate editor at Adventist World. 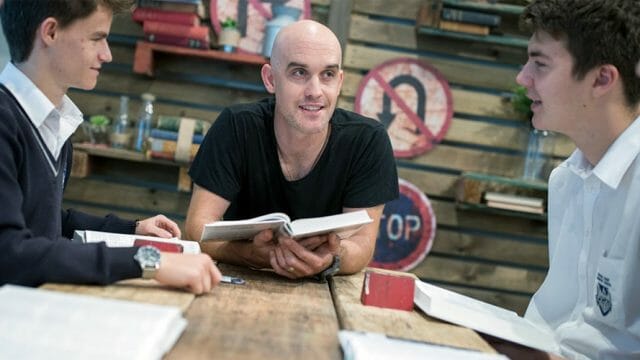 Depressed, Stressed Students to Have Greater Support in Australia 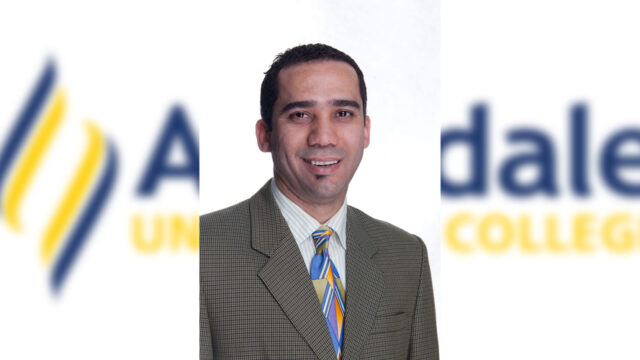 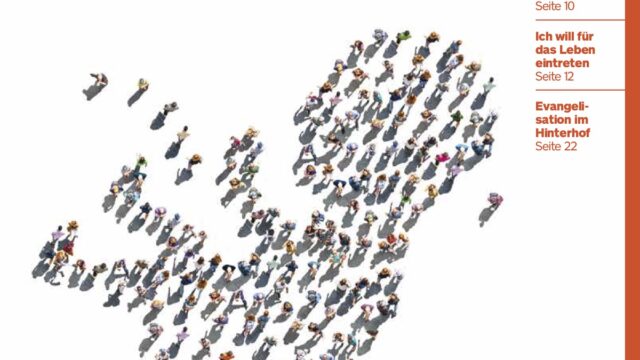 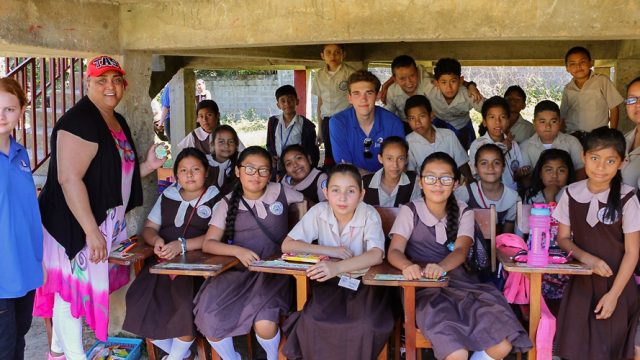