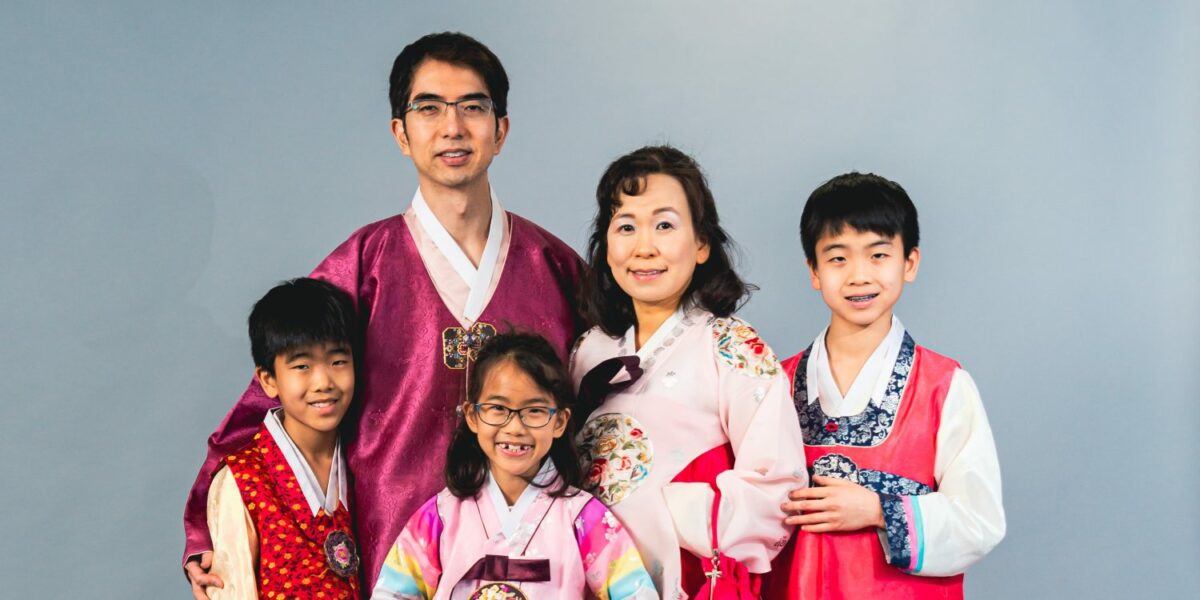 Young Joo Kim was six years old when she first experienced the existence and the abounding love of God for herself.

Kim had certainly heard faith stories since babyhood — about her paternal grandparents’ early work with the Adventist message in Korea; about her grandmother planting churches everywhere she went; about the contagious faith of her own mother with the household workers who had been hired as non-Christians and retired as believers in Christ.

Now it was her turn.

Kim’s father, a successful businessman in Seoul, South Korea, had just given away his income and his inheritance to become a pastor. Instead of having a maid trailing behind her to clean up her messes, carry out her commands and fulfill her whims, Kim now shared her bedroom, her bathroom, and the conference-rented floor of her entire home with church prayer meetings, potlucks, and Sabbath School classes. There may have been only twelve other members in that first church — a number that would swell to two hundred fifty over the course of four years — but that didn’t make the invasions several times a week any easier.

Kim and her brother struggled to accept the fact that their toys often went missing during church socials and they now wore hand-me-downs and thrift-store finds instead of tailor- crafted outfits. When Kim began begging her mother for the extravagant clothes and shoes she used to wear, her mother’s response was both simple and serious: “I can’t give them to you, but you can ask God.”

“Can God really do that?” Kim wondered. At her mother’s suggestion, she chose the fanciest paper she could find. She wrote down everything — specifying the colors, patterns, and styles her wistful heart desired. She then placed the list in the “church room” of her home, on the podium, in that center spot beneath the microphone. Then the daily ritual was established — her tiny shoes were removed to experience the holiness of God’s presence, small knees were bent reverently, dark hair tumbled forward as she bowed, and a little girl’s voice spoke into the stillness of an empty sanctuary.

The Actions of God

A few days passed, and then something peculiar began to occur. “Church members started giving me all of those things,” Kim says. The gifts kept coming, nearly once a week, until she had received all the items on her list, exactly as she had written them. “Then I knew there was a God,” Kim says, and adds, “I think God was trying to save me to enter His Kingdom.”

Beyond even the change in financial status, Kim’s experience as a pastor’s kid was a humbling one that forced her to learn self-sacrifice and surrender. There were lots of moves — to Berrien Springs, Michigan, United States, from South Korea when she was nine, to the Potomac Conference for a part of her elementary and secondary experience, back to Berrien Springs for more high school and several years of college, and eventually out to La Sierra University.

And there were long hours. On many days, Kim’s father picked her up from school on his way to meet with church members. As a bystander on these visits, Kim couldn’t help witnessing the miracles that were a direct result of prayer, as her own had been. But what impacted Kim the most was seeing how even powerful, successful people needed God too.

She remembers the day a church member told her father that life was too hard, and that surely God had abandoned her. Kim’s father responded by sharing the experience found in the famous poem, “Footprints in the Sand,” by Mary Stevenson — that in those toughest moments, in those low, sad, and troublesome times, when only one set of footprints is visible in the sand, Christ is carrying His beloved child. “It really touched me,” Kim says.

This moment proved to be yet another anchor point in Kim’s experience, one that sustained her as she attended Loma Linda University and graduated with a Doctor of Dental Surgery degree in 2004, as she completed a general practitioner residency in Bronx, New York, and a second, pediatric dentistry residency at New York University in 2007. She clung to these foundational moments as she worked in private practice in the San Francisco Bay Area, as she moved to Ann Arbor, Michigan, in 2010 to join the faculty of the University of Michigan School of Dentistry, and later as she began her work with Tree Town Pediatric Dentistry in 2015.

The God of Kim’s grandparents and parents was, and would be forever, her God.

Kim’s own lowest, saddest, and most troublesome time began on Mothers’ Day, 2017, when she collapsed shortly after returning home from seeing an emergency patient. After her oldest son found her and called 911, she was taken to Michigan Medicine, where an angiogram confirmed the diagnosis of a stage IV subarachnoid hemorrhage. The prognosis was not favorable. Her only hope was surgery; even so, there would be no guarantee for her future quality of life, her ability to speak, or the possibility of her ever returning to dentistry. The surgery also would require her to spend a minimum of three months in the ICU as she recovered.

Halfway into Kim’s third week in the ICU, however, her recovery was so unprecedented that she was transferred to a step-down unit. Several days later, she was sent home — nearly two and a half months ahead of schedule. “My memory was perfect, right after the surgery,” Kim says. “I was just fatigued and had to rebuild my stamina.”

When Kim returned to the surgeon’s office for her first follow-up appointment a week later, she brought a two-minute video clip of her playing Wyman’s “Silvery Waves” on the piano the day before. “You won’t be needing any physical therapy,” her surgeon responded after watching the recording, and added a few moments later, “Can I mention your case at a conference?” He promised that he would blur out her face in the video and keep her name anonymous.

But anonymity has not otherwise been a part of Kim’s story. She encounters people who recognize her everywhere — at events in the Ann Arbor and University of Michigan communities, and while checking out her groceries at the supermarket. And the same phrases come out of the mouths of her fellow clinicians, of the doctors at University of Michigan, of her evolution-believing internist, of her non-Christian surgeon, of the believing and non-believing parents of her pediatric patients: “If I did not see you, I would not believe this. You are God’s walking miracle.”

One of Kim’s colleagues in particular, a non-practicing Christian who has now, through the power of the Holy Spirit, committed both to Bible studies and financially supporting the Ann Arbor Korean Seventh-day Adventist Company, told her, simply, “I believe in your God.”

Who is Young Joo Kim’s God — our God?

He’s a God who impresses our parents to sacrifice status and situational comfort for their faith. He’s a God who answers our childhood prayers. He’s a God who allows life-threatening illness so that He can demonstrate His great power in both saving us and carrying us through those trials. He’s a God who can do “exceedingly abundantly above all that we ask or think, according to the power that works in us”(Eph. 3:20, NKJV). And He’s a God who works miracles so that we can walk, like Young Joo Kim, in newness of life(see Rom. 6:4).

The original version of this profile was posted by the Lake Union Herald. 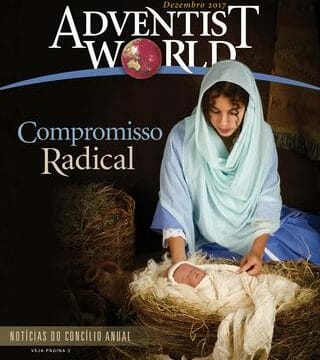 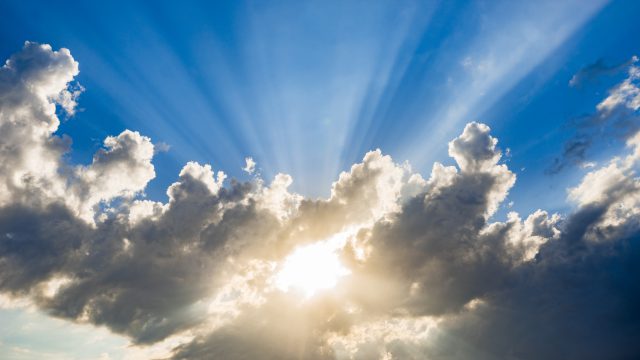 We Shall See Him As He Is 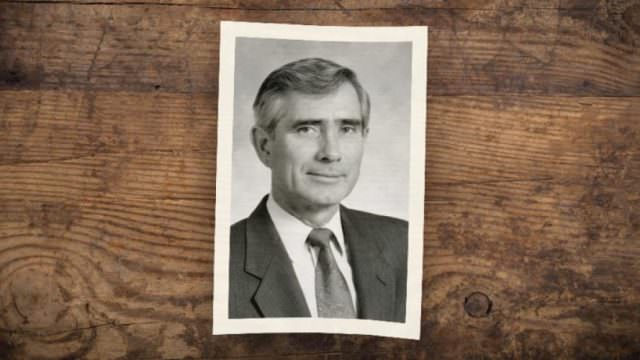 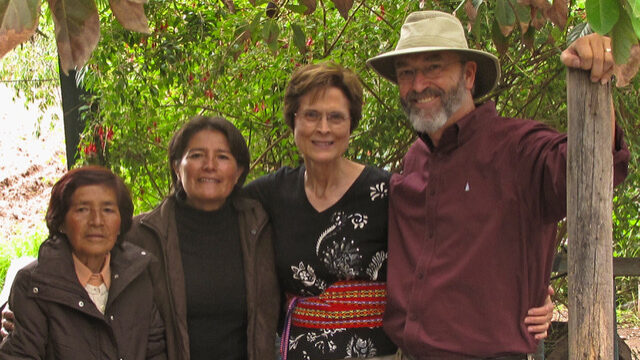 Maria: A Tourist Guide for God 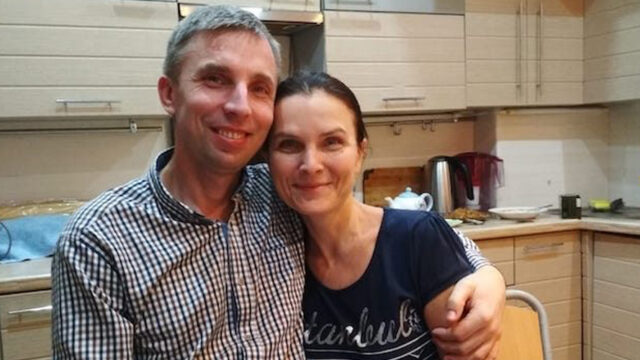 Training and Encouraging Members ‘To the Ends of the Earth’