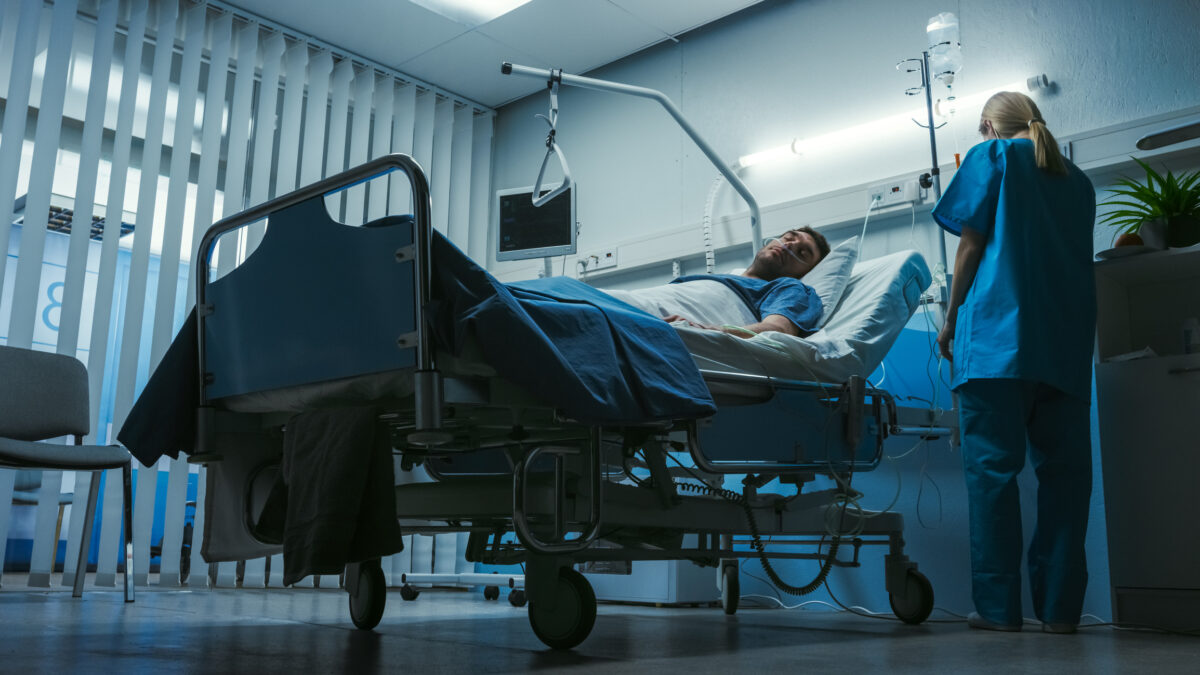 Family and prayer in trying times

Stories of resilience, flexibility, and renewed hope abound during this challenging era of COVID-19. When things get tough, we strengthen our faith by looking beyond limitations and pushing forward with courage and vision.

So last night we grabbed an umbrella, headed for the sidewalk outside Tampa General Hospital, and peered up into the night at the faint outline of a young man looking down from a window on the eighth floor.

When our son Jeff was 17 years old, he was diagnosed with primary sclerosing cholangitis, a rare, incurable autoimmune disorder. Given 10 to 20 years to live, he spent the next decade-and-a-half on a downward spiral. As his body attacked his liver, he became increasingly jaundiced, severely itchy, exhausted, and wracked with pain.

In April 2019, he received a call that changed his life. A middle-aged woman had suffered a stroke and willed her organs to give life to others. Her lungs would enable a man to breathe again; her eyes would provide new sight to another; and her liver would give my son a chance to extend his time on earth past his third decade of life.

The call arrived at 10:30 on a Sabbath morning. Driving to the hospital, we allowed ourselves the smallest sliver of hope. There had been four previous calls. The first resulted in a 16-hour stay in the hospital, only to discover that the donor’s liver was not healthy. The second and third proved to be “at risk” donors, whose organs my son declined. So, we drove, on Easter weekend, not knowing what to fear: another disappointment or a seven-hour surgery to remove and replace the largest organ in the human body.

By 2:00 p.m. Jeff was settled into a hospital bed for the long wait. Afternoon melted into evening. Ten vials of blood and an EKG later, he received word that he had passed the first hurdle. His body was ready to stand up to a major surgery. But would the donor’s liver be healthy enough to be worth transplanting? We would not know the answer to that question for another 30 hours.

In the meantime, we rallied together, speaking of childhood memories, laughing at simple jokes, praying and bonding together in a sweetness experienced only in the most challenging of times. Just as we prepared for our second evening of vigil, a young man stepped into Jeff’s hospital room.

“I’m from transport,” he said. “I’m here to take you up to surgery.” With those words, he spoke hope into our world.

In the waiting room I lined up a group of chairs and attempted to stretch my body into a prone position. Friends texted. Hours ticked by. Somewhere around midnight the hospital phone on the wall rang.

“Is this the Doran family?”

“Your son’s old liver is out of his body. It has taken a bit longer than expected because of the size of the liver and pancreas. But all is going fine. We’re now starting the process of putting in the new liver. It will be several hours before you hear from us.”

Somewhere down the hall footsteps sounded. The clock on the wall ticked. An air conditioner kicked into its cycle. My husband and I took a long breath. Said a prayer. Veered on the edge of hope and fear.

Your son’s old liver is out of his body.

The words hung in the air, just as Jeff’s life hung between the space of two organs, one removed, the other not yet connected. I smashed my sweater into a makeshift pillow for the hundredth time and placed it behind my head, squeezing my body into the chain of chairs that sufficed for a bed.

“We’re finished,” she said. “Your son is fine. We’ll be wheeling him into Intensive Care. You’ll be able to see him in about 30 minutes.”

How do you thank the woman who just saved your son’s life? How do you wrap your mind around the fact that somewhere another family is huddled together, mourning the loss of the one who just gave your son life? We clasped hands. Headed toward the door. Monday morning entered as the sun rose outside, making stripes of light on the corridor that led to the room where our son slept, mended, fragile, and full of promise.

Until the Next Challenge

On May 7, 2019, Jeff walked out of the hospital, determined to forego the wheelchair and make it to the car on his own. In the months that followed, our family learned firsthand the meaning of magnesium transfusions, prograf dosaging, steroid-induced diabetes, fluid retention, and initial organ rejection. We learned, too, the tender bonds that glue family together when nothing is taken for granted, and the unique strength that comes from faith in God.

On April 21, 2020, we celebrated the one-year mark. The first year is the toughest, they told us. Get through that and your chances are good.

Jeff’s spirits began to lift. He mowed his own lawn for the first time. His phone calls were full of words of joy and hope.

Then came his phone call.

“Mom?” the voice on the cell phone sounded shaky. “My bloodwork is not good. The hospital wants me to check in immediately.”

So, in the midst of a pandemic, with the front door of the hospital manned by an armed guard, we do what any parent would do. We park our car, walk down a long sidewalk behind a tall brick building on a dark rainy night, and squint upward into the dark.

A small flashlight directs our eyes to the second window from the left, eight floors up. Faintly, we make out the outline of the young man we call son. We wave; we cry; we hope; we pray. A light breeze blows in from the river. Looking up to the heavens, washed by a light rain, our faith takes on flesh.

Sandra Doran, Ed.D., is curriculum and creative director of Three Angels for Kids.

Apologies, but there are no posts to display.