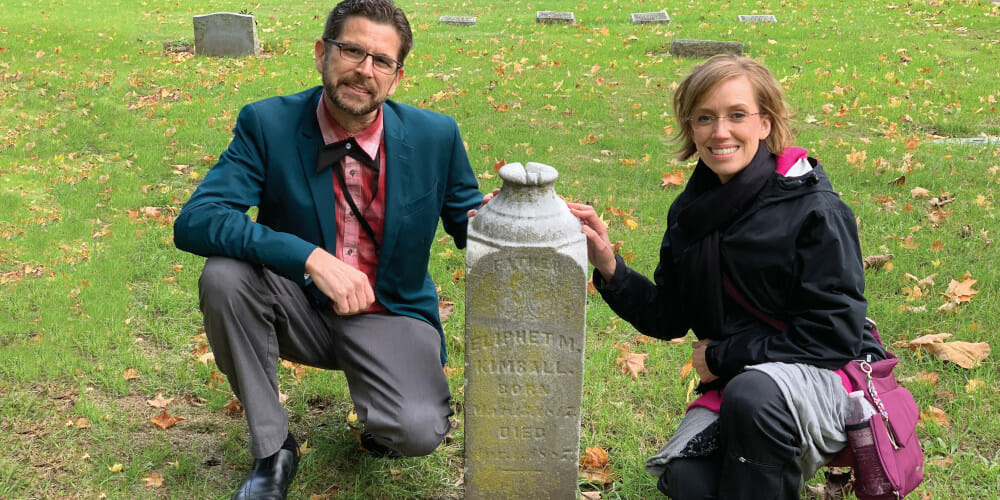 One man’s mission to make a difference

My husband and I attended Annual Council in Battle Creek, Michigan, United States, in October 2018. As we entered the dining area, we joined Jeff Jordan and his wife, Melissa, for what was an interesting and lively meal—interesting for the conversation, and lively because Melissa didn’t get to eat much because she was actively interpreting for Jeff, who is deaf.

Jeff is the pastor of Southern Deaf Fellowship near Collegedale, Tennessee. Jeff’s hands fly as he speaks in American Sign Language, with Melissa interpreting. In 2016 he was appointed associate coordinator (honorary) for deaf ministry within the office of Special Needs Ministries at the General Conference.

As we talked with them that day Jeff and Melissa excitedly told us of a discovery in Battle Creek’s Oak Hill Cemetery.¹ Buried there is Eliphalet M. Kimball, believed to be the first Seventh-day Adventist “missionary” to the Deaf. Intrigued, I did some research and uncovered a fascinating story of a man little known in Adventism.

Eliphalet Morrell Kimball was born March 13, 1816, in Lyme, New Hampshire. He was one of 12 children born to Eliphalet and Betsey Kimball. When he was 4, Eliphalet became sick with spotted fever and as a result lost hearing in both ears.

About the time of Eliphalet’s birth, several men in the northeastern part of the United States who were parents of Deaf children sought a way to educate them. In 1817 they established the Connecticut Asylum for the Education and Instruction of Deaf and Dumb Persons.2 This proved providential for Eliphalet, as it affected the course of his life.

When he was 15 his parents sent him to this school, where there was not only a strong emphasis on reading, writing, and math, but also religious training. The students learned to communicate in sign language—speaking with one’s hands. There he met his future wife, Mary Webster, also described as deaf and mute.3 They married in 1839 and settled in New Hampshire. Two hearing children were born to the couple.

In 1852 the couple decided to move west stopping in Indiana to stay with a “deaf-mute” man. During that visit Eliphalet was given a pamphlet stating that humans do not have immortal souls. A lifelong Baptist and avid Bible student, Eliphalet began to study his Bible, comparing it with the pamphlet. They moved on to Wisconsin where they stayed with his brother and continued to search the Scriptures.

The family was living in Anamosa, Iowa, when Merritt E. Cornell began evangelistic meetings in the winter of 1860. Meeting in the courthouse, Cornell reported enthusiastic attendance and interest. Because of their deafness, the Kimballs did not attend or even know of the meetings, but their children were attracted to the crowds and told them. Eliphalet managed to get some literature on the Sabbath from Cornell and again returned to study the Scriptures. Convinced of the Sabbath, he and his wife began keeping it faithfully, although alone.

Kimball’s daughter married and moved to Missouri, while their son moved to Kansas. In 1867 the Kimballs divided their time with their children—six months with their daughter, during which they kept the Sabbath with her (but not her unbelieving husband), and six months with their son, during which they kept the Sabbath alone. Two years later, Eliphalet’s wife, Mary, died and was buried in Leavenworth, Kansas.

Six months after Mary’s death, Eliphalet’s burning desire to extend the gospel to those with his disability caused him to make the decision to become “homeless,” going wherever the Lord led to teach and preach to “deaf-mutes” wherever they would listen. He moved from place to place, preaching and teaching, living and working with anyone who would take him in. He lived in Kansas, Iowa, Illinois, Massachusetts, New Hampshire, Vermont, Connecticut, and Maine.

Using his hands for teaching and offering pamphlets for reading, Kimball left a trail of converts behind him. “One who visited him in St. Joseph embraced the Sabbath, and two to whom he carried the truth in southern Nebraska. He has since visited New Hampshire, Massachusetts, Connecticut, New Jersey, Rhode Island, and the cities of New York and Brooklyn, being now at work in the state of Maine. Three mutes, in Connecticut, are keeping the Sabbath; and there are two others who desire to keep it. . . . Three in Massachusetts are observing the Sabbath, and others [are] interested to learn more of these views. In New Hampshire there are five now observing the Sabbath.”4

Eliphalet lived in the home of Dr. and Mrs. Hill for six months to teach their “deaf-mute” daughter. He opened up the truths of the Bible to her. Ellen White, who preached at the Indiana camp meeting in August 1877, met the Hills: “A most interesting feature of this meeting was the case of a daughter of Brother and Sister Hill, a mute of sixteen years of age. She united with the supplicating ones, and prayed by signs; it was a most solemn and impressive sight.”5 White goes on to say that the Hills and their daughter were baptized.

Ten days later, at a camp meeting held in Groveland, Massachusetts, three more “deaf-mutes” were baptized, including Benjamin Brown, a “deaf-mute,” and his wife. They were all a result of Eliphalet leading them to the truth.

A year later Ellen White wrote of her encounters with him: “We were interested to meet Brother Kimbal[l], who is a mute and has been a missionary among the mutes. Through his persevering labors, quite a little army have accepted the truth. We meet this faithful brother at our yearly camp meetings surrounded by several of his mute converts. Someone who is interested, who has ears to hear, writes out some portion of the discourse, and he sits surrounded by his mute friends, actively preaching to them with his hands. He has freely used his means to advance the missionary work, thus honoring God with his substance. By and by, if faithful, he will receive a precious reward.”6

Eliphalet continued his missionary endeavors, eventually moving to Battle Creek Sanitarium to recover from a lingering illness. He died at the age of 71. His tombstone marks his grave as he awaits the call of the Life-giver, when he will hear, speak, and sing the truth he loved so well.

What Eliphalet Kimball began so long ago continues. Just as he brought Deaf persons to “hearing” the message through literature and interpretation, there is now an established Adventist ministry for Deaf persons in 12 countries worldwide (www.adventistdeaf.org). What a day of noisy celebration it will be when Jesus returns and “the ears of the deaf [are] unstopped” . . . “and the mute tongue [shouts] for joy!” (Isa. 35:5, 6)

1 The Jordans learned of Eliphalet Kimball after attending a presentation by André Barbosa de Oliveira and Douglas Silva, who did extensive research on this Adventist pioneer.
2 This is now the American School for the Deaf. It was the first school for the Deaf in the United States.
3 Deaf and dumb, deaf and mute, or deaf-mute are terms that were used in the 19th century. They are no longer used. The proper term is “deaf.”
4 In Advent Review and Sabbath Herald, Jan. 28, 1875.
5 In Advent Review and Sabbath Herald, Aug. 23, 1877.
6 In Signs of the Times, Sept. 12, 1878. 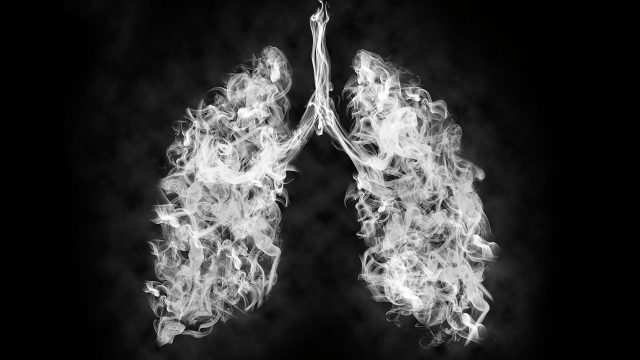 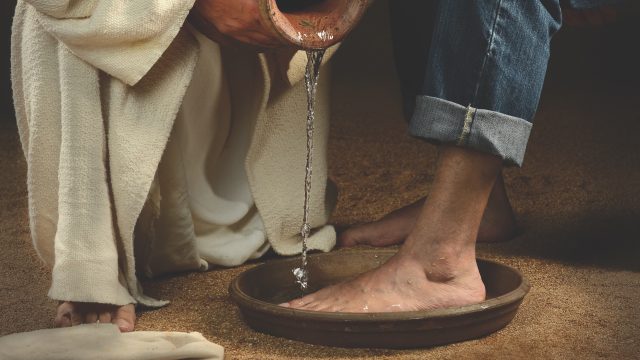 The Ordinance of Humility 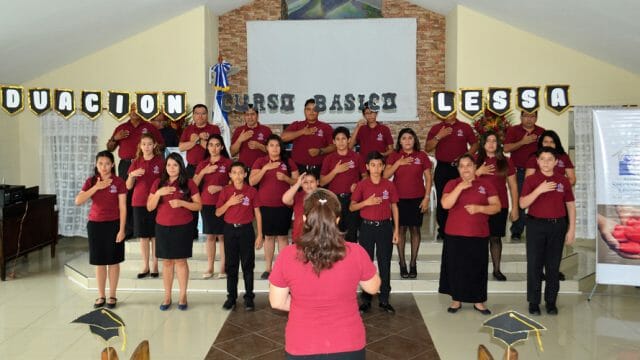 In El Salvador, Young People Prepare to Connect With the Hearing Impaired 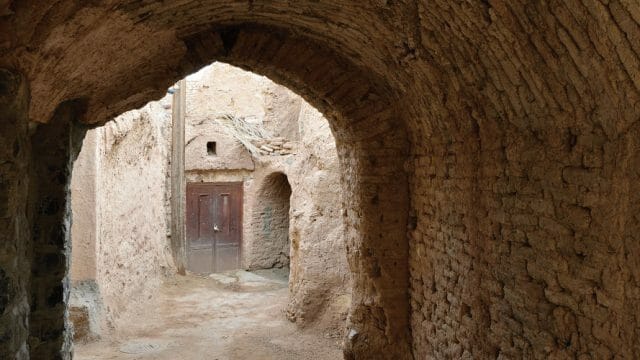 No Matter the Cost 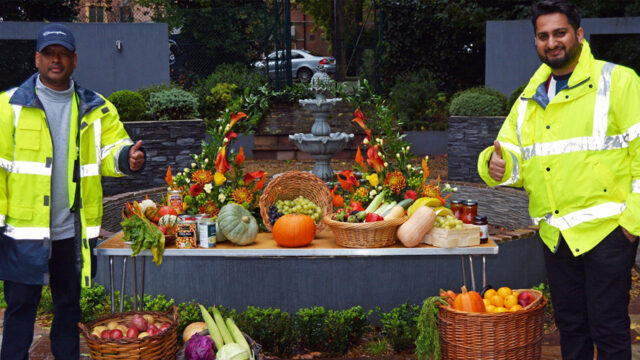