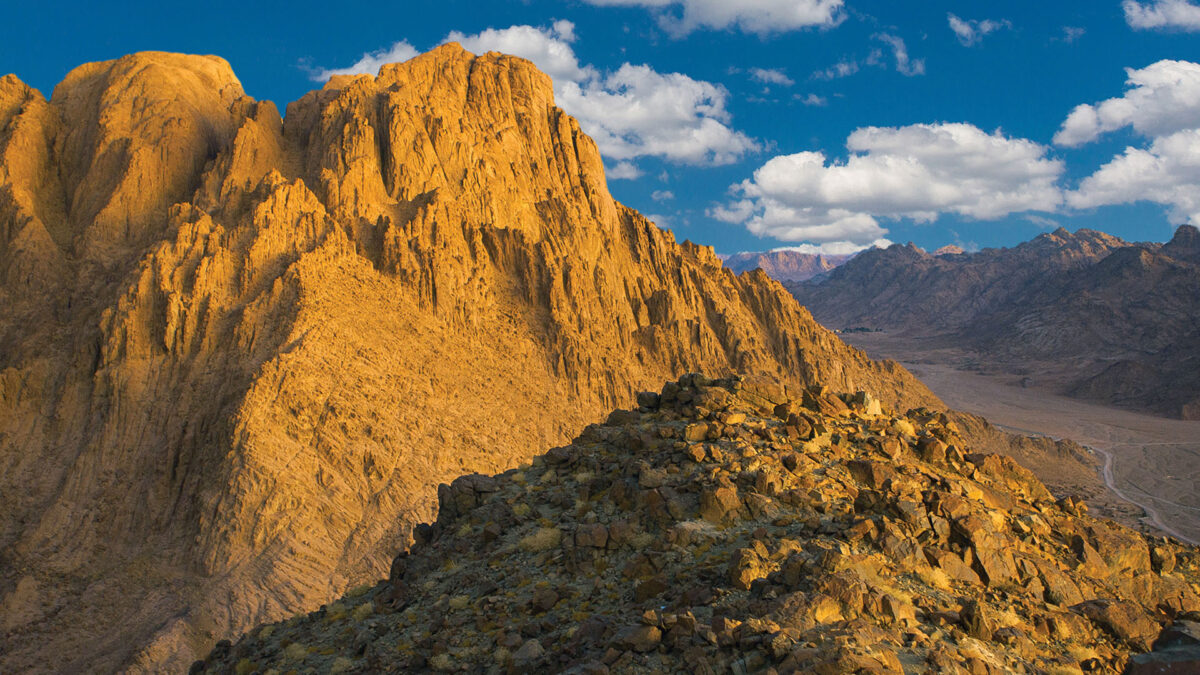 That I May Dwell Among Them

It was an unforgettable night. A night that has come down through the ages as a symbol of deliverance and triumph. The well-known story, recorded in Exodus 14, tells how the newly escaped children of Israel went from horror to ecstasy as God delivered them from the pursuing Egyptian army by parting the Red Sea, bringing them through dry land to the other side, and then drowning their enemies by causing the sea to come crashing down on Pharaoh and all 600 of his finest horsemen and chariots.

Following this incredible experience, the Holy Spirit inspired Moses to lead the children of Israel in one of the most sublime songs in Scripture. Known as the “Song of Moses,” it begins in Exodus 15:1, 2: “I will sing to the Lord, for He has triumphed gloriously! The horse and its rider He have thrown into the sea! The Lord is my strength and song, and He has become my salvation. . . .”

The song tells the story of God’s deliverance and looks forward prophetically to the conquering of Canaan and God bringing His people to “the mountain of Your inheritance, in the place, O Lord, which You have made for Your own dwelling, the sanctuary, O Lord, which Your hands have established” (verse 17).

It is in this prophetic passage that Scripture first speaks of a “sanctuary,” possibly referring here to the holy place of Mount Moriah, later known as Mount Zion. It also looks forward to the time when God’s people will dwell with Him in the Holy City, New Jerusalem.

Until then, however, God still longed to be with His people. So, as recorded in Exodus 25, He invited the people to bring their offerings of “gold, silver, and bronze” (verse 3), along with many other precious items (see verses 4 to 7), and tells Moses, “Let them make Me a sanctuary, that I may dwell among them” (verse 8).

This sanctuary was not to be of any human devising, as God Himself provided the pattern they were to follow, giving very specific details, as recorded in Exodus 25 through 28. This special “dwelling place” became known as the “wilderness sanctuary.” Patterned after the heavenly sanctuary, it served as a vivid illustration of the plan of salvation, with every aspect of its services, every detail of its furnishings, every item of the priests, rich in meaning. It was designed to teach the world of Christ’s death on the cross for our sins and the ultimate transference of sin to the one who deserves it—Satan. Through the initiation of the earthly sanctuary service, God instructed the world as to how Christ would handle the sin problem and care for the judgment.

Hundreds of years after the wilderness sanctuary was established, Asaph, a musician and choir leader for King David, referred to the sanctuary as he proclaimed, “Your way, O God, is in the sanctuary; who is so great a God as our God? You are the God who does wonders” (Ps. 77:13, 14).

The significance of the sanctuary is a theme through many of the psalms. “May the Lord answer you in the day of trouble . . . ; may He send you help from the sanctuary, and strengthen you out of Zion; may He remember all your offerings, and accept your burnt sacrifice,” wrote David (Ps. 20:1-3). And in Psalm 96:6 we read, “Honor and majesty are before Him; strength and beauty are in His sanctuary.”

The services that had been carried out in the wilderness sanctuary continued in Solomon’s temple, and later in what became known as the “second temple,” rebuilt following the Babylonian captivity of 70 years.

It was in this temple complex, greatly enlarged by Herod the Great, where the young Jesus first witnessed the awe-inspiring sanctuary services. “He saw the white-robed priests performing their solemn ministry. He beheld the bleeding victim upon the altar of sacrifice. With the worshipers He bowed in prayer, while the cloud of incense ascended before God. He witnessed the impressive rites of the paschal service. Day by day He saw their meaning more clearly. Every act seemed to be bound up with His own life. . . . The mystery of His mission was opening to the Saviour.”¹

Twenty-one years after that first visit to the temple, Christ Himself was the Passover Lamb. Type met antitype; the temple curtain was torn from top to bottom (see Matt. 27:51), indicating the purpose of the earthly sanctuary services were fulfilled and no longer needed.

After His resurrection Christ ascended to heaven and began His special ministry interceding for us as our high priest. In Hebrews 4:14-16 we read, “Seeing then that we have a great high priest, that is passed into the heavens, Jesus the Son of God, let us hold fast our profession. For we have not an high priest which cannot be touched with the feeling of our infirmities; but was in all points tempted like as we are, yet without sin. Let us therefore come boldly unto the throne of grace, that we may obtain mercy, and find grace to help in time of need” (KJV). This was the lifesaving result of the cross and the nails.

We read in Hebrews 6:19 that Christ entered “into that within the veil” (KJV) in the holy place, doing His work of mediation for 18 centuries. Then, according to the prophecy of Daniel 8:14, “unto two thousand and three hundred days; then shall the sanctuary be cleansed” (KJV), He entered the most holy place to begin His final work of judgment and ministry on our behalf.

“For eighteen centuries this work of ministration continued in the first apartment of the sanctuary. The blood of Christ, pleaded in behalf of penitent believers, secured their pardon and acceptance with the Father, yet their sins still remained upon the books of record. As in the typical service there was a work of atonement at the close of the year, so before Christ’s work for the redemption of men is complete there is a work of atonement for the removal of sin from the sanctuary. This is the service which began when the 2300 days ended. At that time, as foretold by Daniel the prophet, our High Priest entered the most holy, to perform the last division of His solemn work—to cleanse the sanctuary.”²

We are now living during Christ’s final work—sanctuary cleansing, the judgment. The sanctuary doctrine and the judgment are important theological reasons Seventh-day Adventists are engaged in mission. Soon Christ will return and ultimately place the final penalty on Satan. The blood of Jesus Christ, our sacrifice on the cross, and the ministry of Jesus Christ, our high priest in the heavenly sanctuary, have one purpose—that you and I and all who submit to Him confess our sins and accept Him as our Savior, be made right with God, and have eternal life. We do not have to fear the judgment if we know the Lamb, if we know the High Priest, if we know the coming King! 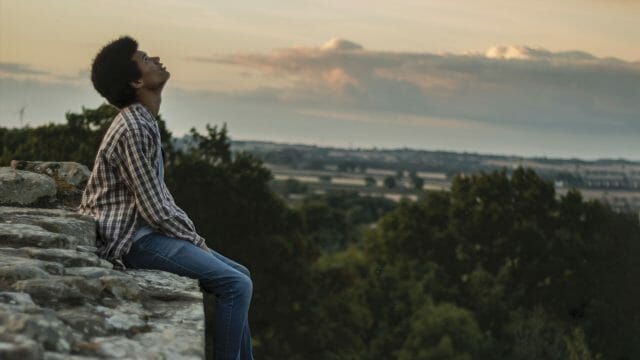 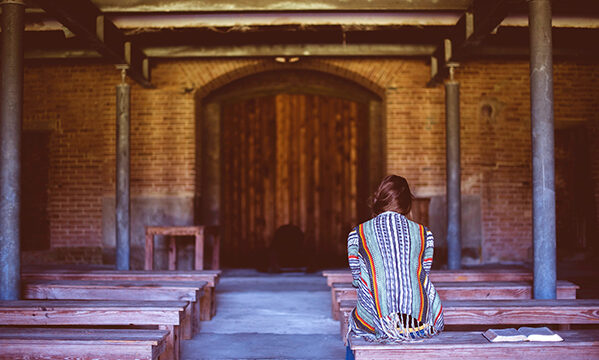 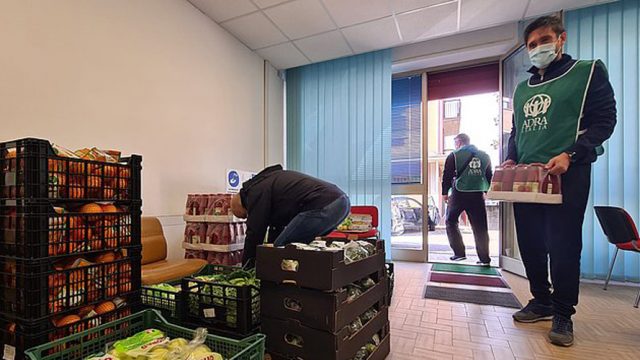 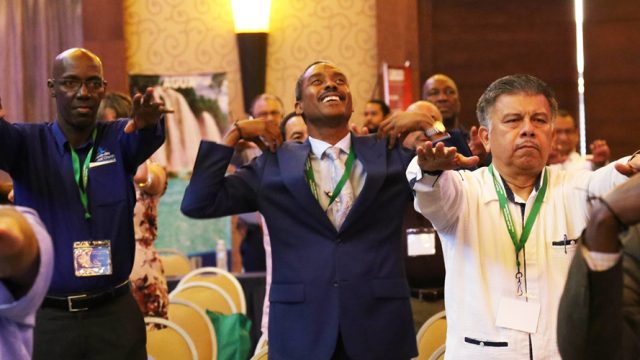 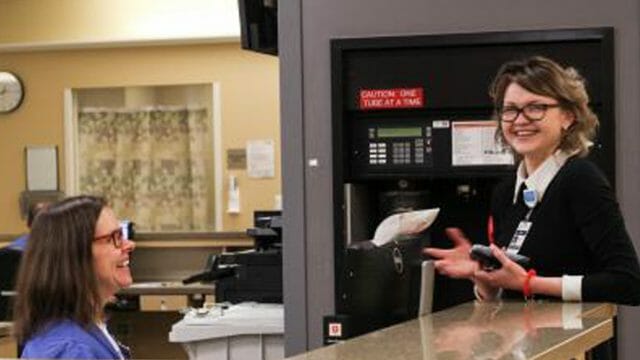