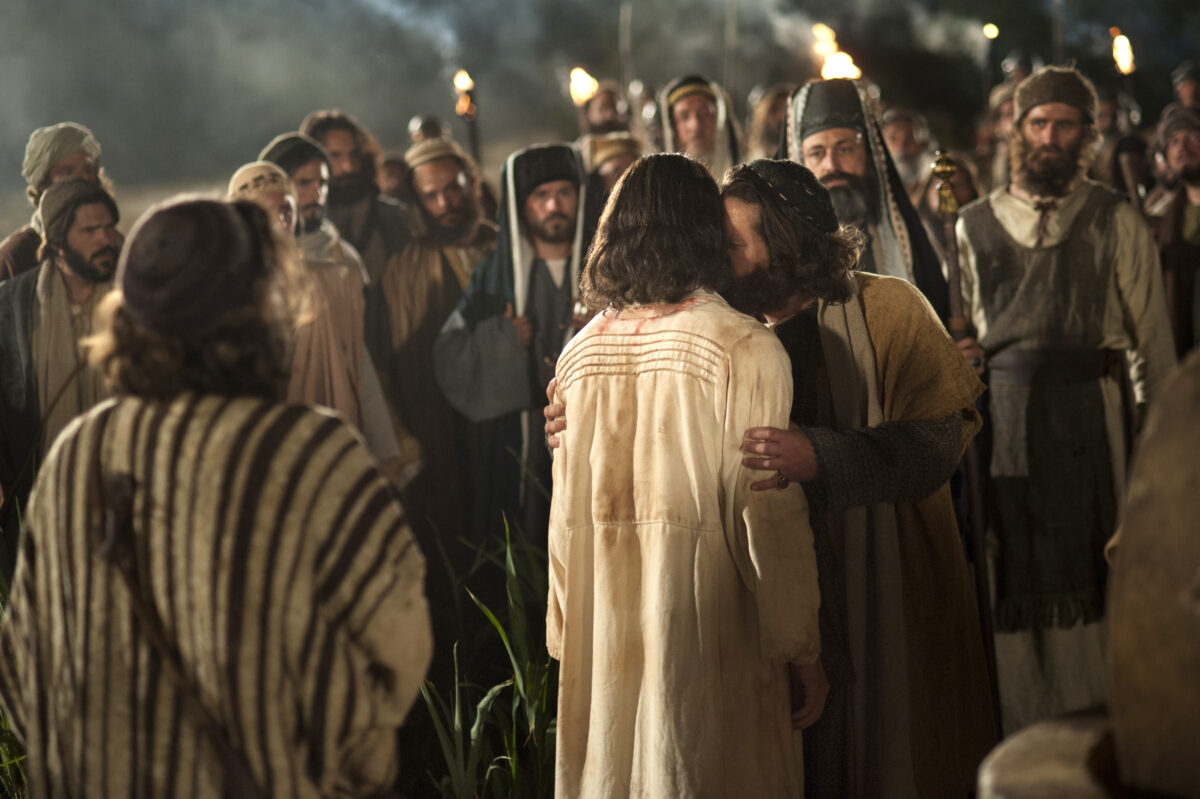 Humans attempt to take care of the problem of Jesus

His presence was causing heartburn for the Sanhedrin. They had maintained their authority through a long chain of traditions from the time of Moses, and now the populace was listening to another. Jerusalem was rife with rumors. Everyone was talking about all the new things this upstart rabbi was preaching and doing. He was not an official rabbi, nor was he authorized by temple leaders.

“Have you heard Him speak? It’s wonderful. He speaks as if He knows what He’s talking about.”

“Did you see what happened when He touched the man with leprosy. It was incredible! I was talking to Joseph; he was actually there!”

“I hear He’ll be at Nazareth; let’s go see for ourselves.”

It was all very troubling. The Sadducees and Pharisees were not sleeping well; they were nervous. He was attracting large crowds, much bigger than those who came to the synagogue. They couldn’t allow self-proclaimed rabbis without a formal education to teach the people.

“The Sanhedrin needs to have some control, or there will be chaos!”

“Things must be done in order. We must bring stability to the population!”

“We can’t have some new zealot upsetting the balance of power.”

The Jews always had to maintain a careful balance with the Romans. Together they were keeping the peace. The peace was in jeopardy if some itinerant rabbi was out there teaching with no supervision. Everything would be better if He would just go away.

“It would be better for the nation.”

“It would be better for the common folk.”

“It’s most important for our relationship with Rome and the delicate balance of power.”

They couldn’t think of anyone for whom it wouldn’t be better, and so they called that committee meeting, and you can imagine the discussion. It was classic Group Think.

“I was talking to someone the other day who is wondering why we aren’t doing anything.”

“I spoke to someone who said that He’s teaching heresy.”

“We had our own people review His teachings. He said He would destroy our temple.”

“I heard Him myself: He called us all hypocrites and whitewashed tombs!”

“All those in favor?”

“The motion is carried.”

It was Thursday, but Sunday is coming.

Under the cover of darkness and the guise of legality, after many speeches about being faithful to the truth, but with the fabrication of false evidence, a death decree is passed. Muffle the message by killing the messenger. Centuries before Machiavelli, they decided that the end justified the means. Their objectives seemed reasonable and logical.

“Protect the relationship with Rome!”

“Preserving the nation justifies some injustice.”

Group Think overtook group thought, and mobocracy ruled the day. Like a snowball collecting more and more momentum, it cascaded into a consensual roar of opinion as almost every committee member embraced the conviction that this Person must go to save all that they stood for.

They became a mob collecting late-night vagrants, rolling out of the committee room through the streets of Jerusalem, through the Kidron Valley, and over to the garden on the Mount of Olives. There in the garden this rabble of radicals rumbled into Jesus.

“Judas, would you betray the Son of man with a kiss?”

A tentative defense by panicked disciples, a flashing sword, a severed then healed ear, and next, the mob picks up riffraff like a hurricane sucking energy from the warm ocean water. They rolled back into Jerusalem, captive in tow, rushing, lemming-like, over the cliff to the high priest.

There the religious leader, dressed in a three-piece suit, meets the itinerant preacher; the uncommon man in common robe.

“We need an accusation!”

“He said we were whitewashed tombs.”

“That won’t carry much weight with the Romans.”

“He broke the Sabbath.”

“The Romans won’t let us kill Him for that.”

He stands silent before His accusers.

“I demand in the name of the living God: Tell us if You are the Messiah, the Son of God.”

“You have said it. In the future, you will see the Son of man seated in power at God’s right hand, coming on the clouds of heaven.”

Priestly shock and feigned dismay is immediately followed by a torn priestly robe and quick judgment. The mob rushes from high priest to Pilate for a quick veneer of judicial approval.

Truth as a Person

There was urgency to all of it. Like breaking into the bank, it must be done quickly before the alarm sounds. It was as if they sought in the rush of activity an anesthetic for the conscience. In the rush of busyness, they found a deadening for the mind. No time for thought or reflection; the decision is made, do it quickly. Let’s get it over with.

In front of Pilate the whirlwind of hatred stumbled momentarily like a hurricane crossing land. Pilate, awakened from sleep, was not so quickly sucked into the vortex of their anger. He paused, he questioned, he reflected, and he sought to protect himself from the tidal pressures that this storm of hate was causing him.

They were looking after their livelihood; he was looking for a future promotion.

They were guarding their turf; he was guarding his reputation.

Everyone was protecting, guarding, and securing:

No one was guarding the truth. No one was speaking out against the torrent of falsehood. And in the eye of the storm the Lamb of God stood calm and unruffled, as the demons of hell circled, inciting the mob ever more.

Pilate, you don’t understand! It’s not a question of reasoned reflection. “What is truth?”

It is not a time of rational inquiry. “I find no basis for a charge against Him.”

It is not a time of calm deliberation. “Don’t You realize I have power either to free You or to crucify You?”

It is an unleashing of hell on earth, and Pilate had no power, for he had yielded his power:

Pilate had yielded his power to others, and was now swept along like a broken reed with the winds of evil that swept into Jerusalem. Pilate, the politician seeking shelter from hurricane winds, tried to get a grip in the storm, tried to gain some control over the circumstances, tried to be the governor in charge. He was thrashing about for an answer as he sees his ship sinking.

He grasps an opportunity.

“Herod Antipas is in town for the feast; Jesus is from Galilee. Galilee is Herod’s territory, so I will send Him to Herod. Yes!”

Nice try, Pilate, but the hurricane winds blew full circle and hit him from the other side.

“Therefore, I will punish Him and release Him.”

Be serious, Pilate; you thought you could get some sympathy from this mob? Rule number one in Roman mob control: “Blood increases a mob’s thirst for blood.”

Another idea: “Barabbas! That’s it! Barabbas! Surely they don’t want Barabbas back in their midst.”

You don’t get it, do you, Pilate? You really don’t understand the forces driving the tempest.

“If you release this Man, you are not Caesar’s friend.”

“To: Tiberius, Emperor of Rome

“From: Caiaphas, High Priest in Jerusalem

“It is apparent from events recently in Jerusalem that Pontius Pilate, procurator appointed over Judea, Idumaea, and Samaria, is not a friend of Caesar, for he is allowing pretenders to the throne to go free. He invites violence by weak leadership.”

Pilate saw the handwriting on the wall, or on the memo: Checkmate, the game is over for compromising politicians who try to save their necks by compromising with evil.

As the storm of screams crescendos to fortissimo, Pilate buckles to the pressure, fortitude blown away like autumn leaves, courage toppled like a rootless tree. He handed Jesus over to be crucified.

Then Pilate quickly called for a basin to wash his hands. He made his hands wet, but the water never touched his heart. Like Lady Macbeth in her sleepwalk:

“What, will these hands ne’er be clean? . . . Here’s the smell of the blood still: all the perfumes of Arabia will not sweeten this little hand.”

Getting their wish didn’t calm the winds of mob violence, it only fed the fire of frenzy, for theirs was a demon-driven lust for blood. And Jesus was led to the Place of the Skull.

The World Turned Upside Down

Everything out of place.

Nails for wood, nailed in a Carpenter.

Blood for living painted on nails.

Feet for walking nailed to wood.

Clothes for wearing divided as spoils.

Hands for healing squired to cross.

Eyes for compassion closed in death.

Knees for children twisted in anguish.

Heart for loving pierced with sword.

Everything was out of place.

It was as if up was down, in was out, white was black, East was West, North was South.

They shared stories of salvation from Egypt with their evening prayers and the Sabbath candle. Enjoy the meal, relax, the storm is over, this too will pass, go to bed.

Forget what you saw!

Forget what you heard!

Forget what you did!

The nation is saved.

The system is in place.

We are all secure.

The leaders know what is right.

Where shall we go for services tomorrow?

It’s Friday, but Sunday is coming.

Sabbath comes, but everything is still out of place.

Soldiers guarding a tomb? Military posted over a grave? What kind of fear appoints guards over the dead? There is the calm of rationalizing on Sabbath. Congratulations were passed around about a purpose accomplished. The satisfaction of jobs that are secure. The confidence that a problem is behind them. The assurance that the nation is in good hands. The hurricane that devastated the landscape on Friday is rationalized on Sabbath.

“It cleared the minds of everyone who is in charge here.”

There were the usual services that Sabbath day. There was the usual, “Good morning, Rabbi Jones.”

“Nice to see you at synagogue today.”

“Nice to see you at church today.”

It was all very usual. There were the usual meals and potlucks. There was the usual conversation:

“The Rabbi had a strong voice this morning.”

“The pastor was in unusual form this morning.”

After dinner, conversations included the events of yesterday.

“I don’t think we will have any religious zealots to worry about for a while.”

“Who do you think will be the next high priest?”

It was business as usual on Sabbath, but Sunday is coming.

The soldiers were the last ones to expect it. Hardened Romans had seen it all. Demons were there with the soldiers, guarding the tomb with their spiritual incantations, tightening the seal, locking the door, shutting the tomb.

Then a flash; an earthquake; a broken seal; panic and running. There were quickly called meetings and fabricated stories.

Women get the news!

Peter gets the news!

Disciples get the news!

Pilate gets the news!

Priests get the news!

We get the news!

Gordon Bietz was president of Southern Adventist University from 1998 to 2016. He now serves as an associate director of higher education for the North American Division.

Gordon Bietz serves as an associate director of higher education for the North American Division. • USA 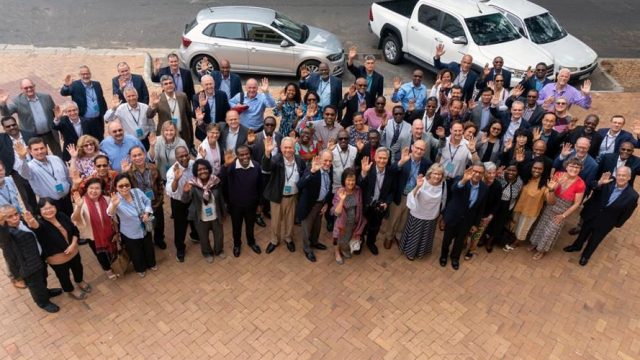 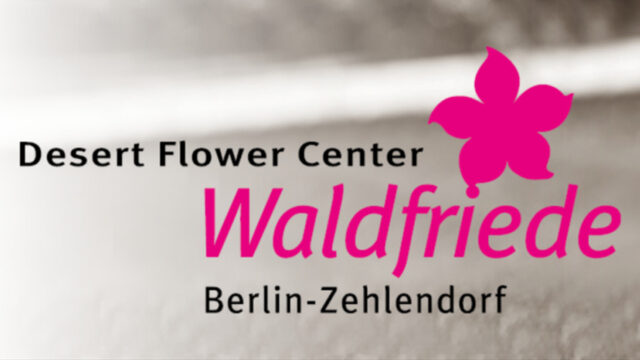 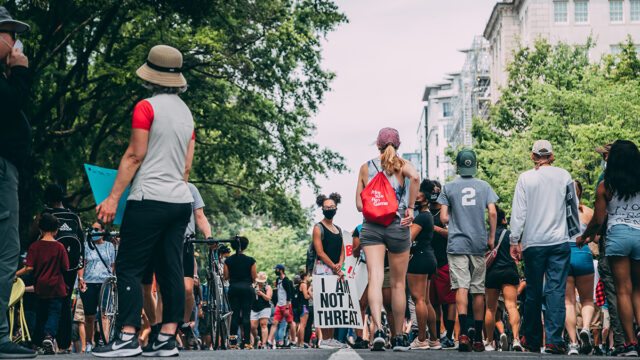 Marching Down Pennsylvania Avenue With Jesus 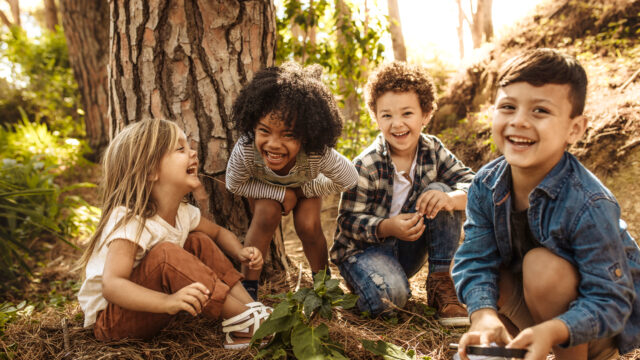