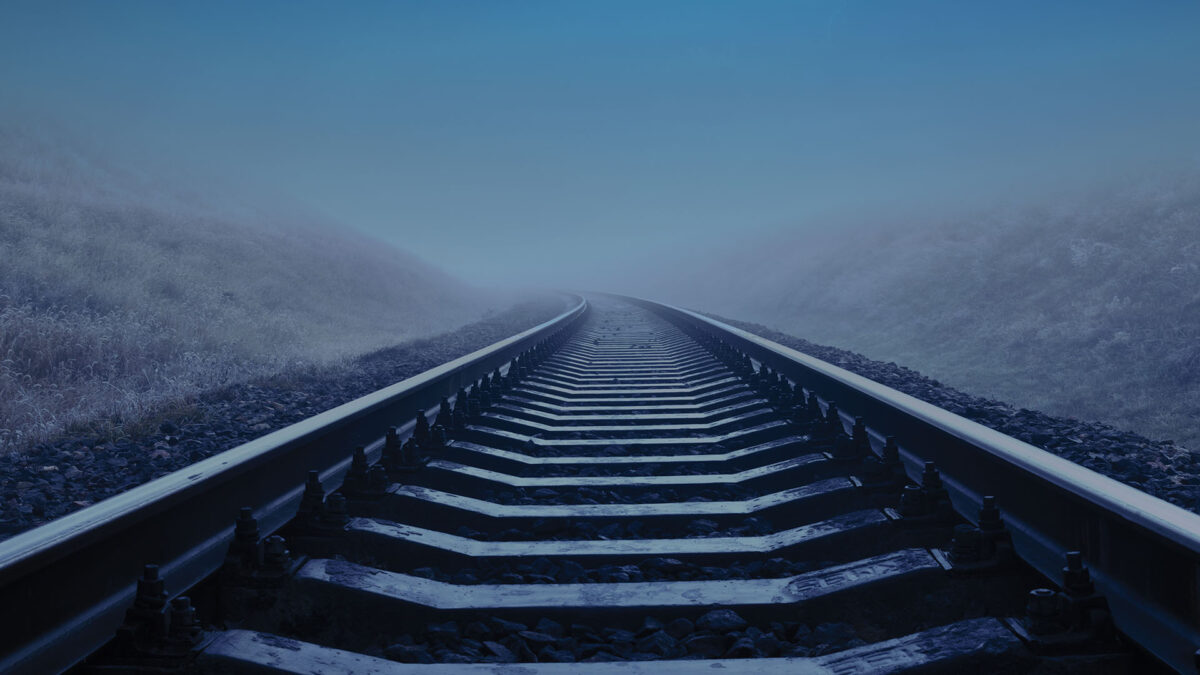 “It would be special to spend Christmas in Jerusalem,” he told his friends, “but for years I have dreamed of being in Bethlehem, the city where Jesus was born, on Christmas Eve.”

It was winter during World War II, and the troop train carrying Major Victor was racing north through the Sinai desert. The weather was wet and freezing, and the train cars had no glass in their windows. That meant the seats were covered with thickening ice, so the men had climbed into the luggage racks, where it was a few degrees warmer. Even there, huddled together, they were freezing.

U.S. Army Major Victor and his two companions, Sergeant Eaton and Sergeant Brennon, were traveling to Jerusalem and then on through the desert to Iraq. The major, a Seventh-day Adventist medical officer, was praying for God to provide enough heat to keep them alive till they got to Jerusalem.

When the train stopped for water and coal on a desert siding, Sergeant Eaton said, “Grab your gear and come with me.”

The two soldiers followed Eaton along the tracks toward the engine, where he stopped, took out his canteen cup, reached behind one of the huge wheels, opened a tap, and filled his cup with hot water. When he had filled his friends’ cups as well, he climbed up the ladder into the cab.

The engineer and fireman, busily checking the water and coal, had left their seats empty in the hot engine. Sergeant Eaton smiled, motioned for the others to join him, and sat down in the engineer’s chair.

Hot air blasted away the cold as they hit the top rung and stepped inside. “Prayer answered,” Major Victor breathed. “At least until the engineer throws us off his seat!”

Sergeant Eaton was playing with the controls, checking the gauges, feeling the brake levers, and testing the throttle. Waiting for the track signal to change. Smiling.

Before they could relax, the “real” engineer came up the ladder and began shouting loudly.

Sergeant Eaton waved for the engineer to come over to his seat. He came, still shouting and waving wildly.

Major Victor was praying, as was his habit whenever things got out of hand. He knew God was going to have to perform a miracle to get them through, so this prayer was fast and simple. Help! was all he could pray.

Sergeant Eaton, all six feet six inches of him, stood beside the steel seat and pointed to the name stitched onto his uniform and then to the steel wall behind the seat. “Eaton,” he said, pointing to his name and the wall again.

The “real” engineer looked at Eaton’s uniform and then at the wall where a name was scratched into the steel. “Eaton,” it read. The same as the man now sitting in his chair. “How can this be?” he asked in a sign language both men understood.

“The American government shipped several of these engines over here to help carry troops to the battlefields,” Eaton explained. “The engines came from the mountains where they had been pulling long trains of logs down to the ports. One of those engines was mine, and as engineer I scratched my name into the wall beside this chair. This was my engine!”

The “real” engineer bowed, blew the train’s whistle, and watched as Sergeant Eaton drove the troop train on toward Jerusalem. Two “real” engineers were now sharing duties in the engine, where everyone was toasty warm.

The train pulled into Jerusalem early in the morning of December 24. Major Victor thanked everyone for the warm ride, and then beckoned for the sergeants to follow him into the ancient city.

“It would be special to spend Christmas in Jerusalem,” he told his friends, “but for years I have dreamed of being in Bethlehem, the city where Jesus was born, on Christmas Eve. Do you think we might be able to do that?”

The sergeants knew how to make dreams come true. Brennon made sure their gear was secure while Eaton worked on transportation. Major Victor prayed. “It may not be an urgent need in heaven,” he whispered, “but it would be nice if we could be at the Church of the Nativity as the stars come out tonight.” Then he listed all the reasons he hoped God would answer his prayer.

Eaton returned with a taxi, and Brennon tossed their gear into the trunk. Christmas traffic was terrible, making Eaton wish they had stayed on the train, but just before sunset they drove through the crowd at the entrance to Bethlehem.

“Bethlehem on Christmas Eve,” Major Victor remembers. “Yes, I knew the date was probably wrong, and the manger a poor imitation of the one Mary used for Jesus, but it was still Bethlehem. A city packed with visitors. Filled with music and expectation. Eager to welcome the Messiah.”

“We left the car near the gate,” the major says, “and moved slowly through the crowd of people and sheep. Three American soldiers, walking lightly as if on holy ground, listening to children’s choirs proclaiming the birth of God’s Son, singing songs that made us homesick for home—and for heaven.”

Entering the Church of the Nativity requires that you bow low to slip through the small doorway. The only light comes from flickering candles. The only sounds are whispered prayers and soft carols.

Major Victor made his way through the tiny sanctuary to the small back room that housed the manger.

“Beloved Jesus,” the major prayed, tears of thanksgiving salting his words. “I am here, near the very spot where You came into this world. I have come to worship, but I have no gifts. Nothing to give You except myself. But since I am already Your property, I simply ask You to fill me with Your presence and power. Give me the strength to stand for You, and the heart to love for You.”

Silence flowed softly through the manger, lightly replaced by the voices of children singing angel songs.

“That night God answered my prayer,” Major Victor says. “I knelt in the high and holy atmosphere of God’s presence, and my life was forever changed. The rich current of His love flowed through my soul. I am His. I belong.” 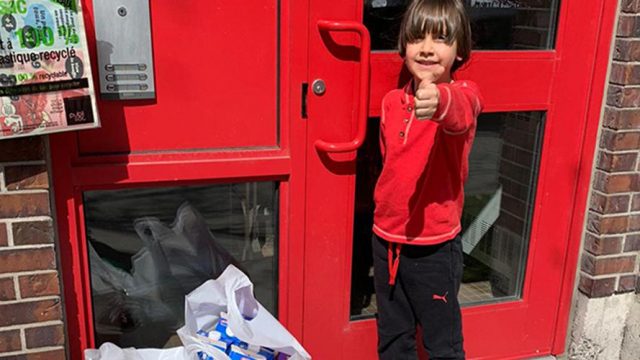 Acts of Kindness in the Canadian Arctic and All Around 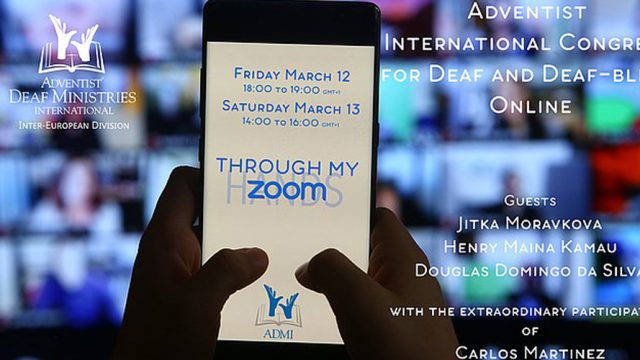 Adventist International Event for the Deaf and Deaf-Blind Connects Hundreds 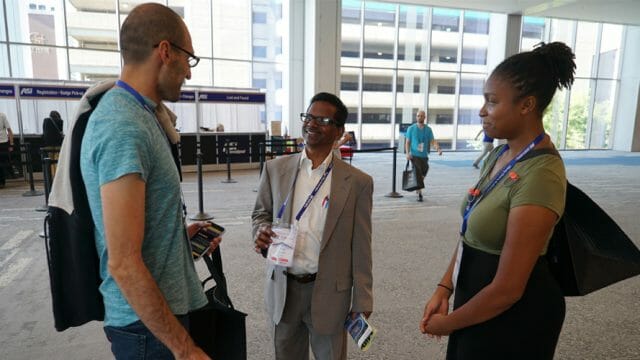 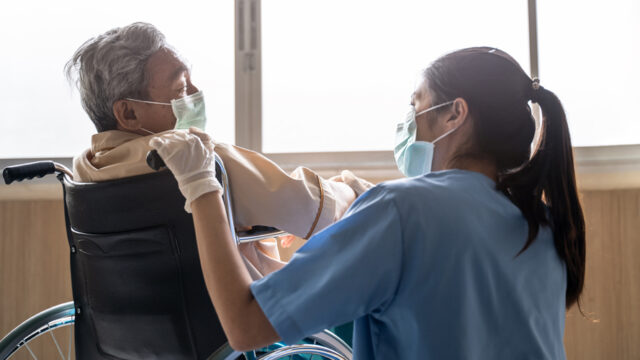 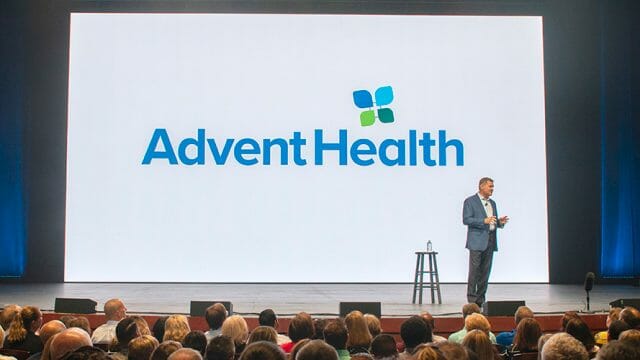