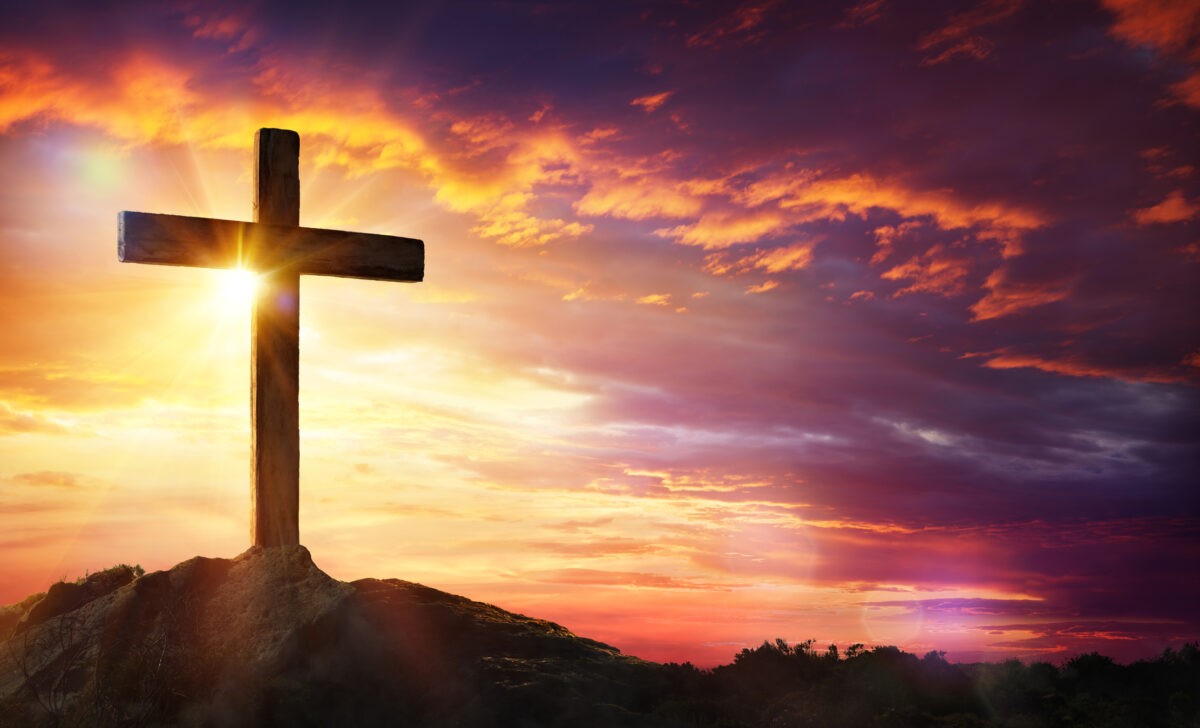 Do Christians make too much of the Resurrection?

Not in the opinion of the apostle Paul, who finds little value in any Christianity apart from the fact of the Resurrection. If Christ did not burst the bonds of death, then our faith, salvation, and sermons about His Passion are all invalid. We continue to flounder in sin’s pit of despair (see 1 Cor. 15). Besides, we must admit to being nothing but liars to ourselves and the world. God is certainly mocked by our lie, for we attribute to Him a miracle He never performed.

Worse yet, women and men and children have died fools for believing that they will rise again, as they surely will not, if Christ is not risen. Misery of miseries is our lot, we who “are alive and remain” in the deception that because of Christ there is a resurrection of the dead. Of all      humanity, we are the most to be pitied (see 1 Cor. 15:14-19).

Does Paul exaggerate? I think not. By way of example, here are seven negative lessons to be learned, absent the biblical truth of the Resurrection.

Seven Negative Lessons
1. Those who reject faith in Christ’s resurrection live at the mercy of humanity’s logic. Finite reasoning controls their emotions and destiny.

After Jesus’ death, desperation led two of His followers down the road to Emmaus lamenting the tragedy they’d witnessed. “We were hoping,” they grieved, “that it was He who was going to redeem Israel” (Luke 24:21).* Human understanding could take them no further than this. Today’s disciples, clerical or secular, who choose the master of logic and imagination over the God of biblical revelation subject themselves to the same imprisonment. In the end, they rob themselves of the joy that faith and spiritual freedom would provide, and scramble for a hold among futile options, ranging from a destiny of oblivion to the restlessness of nearly interminable reincarnations.

2. Without the Resurrection, our answer to the tomb’s misery is hopeless mourning (1 Thess. 4:13). Those hurting disciples of Emmaus, despite the distance and duration of their journey, progressed neither a millimeter nor a millisecond beyond the internment of Christ’s body in Joseph’s sepulcher. Within the puny logic that controlled them, they could conceive of no emotional equilibrium in the face of destabilizing death.

3. Without the Resurrection, prophecy becomes a lie. That memorable Emmaus road Bible study would have been a web of lies. Christ always insisted that from Moses to its end, all of Scripture testified about Him (John 5:39). This is why He called His deceived friends “foolish” and “slow of heart to believe” (Luke 24:25), the argument being that the death of the One who, now risen, spoke with them confirmed all the truths of that Word. But if there is no Resurrection, that Word lacks credibility. The Bible’s predictions are utter falsehood.

4. If there is no Resurrection, Jesus has already abandoned us. The One who thought of Himself as the Messiah left us when He died. He is not coming back. Neither is He with us. He cannot give rest to all the weary as He promised in Matthew 11:28. You must carry your burdens yourself. If the weight of their distress threatens to break your spine tomorrow morning when you awake, you must carry them anyway. There is no one to call on, no Resurrection, no Jesus. He may have deceived you with all those promises, but when all is said and done, you are abandoned. And so am I. Come weep with me.

5. If there is no Resurrection, the priests were right from the start. “Do not say Jesus rose again,” they ordered the Roman soldiers. “Say that people stole the body.” If Jesus did not rise from the now-empty grave, their insistence is warranted. Nor would it have been necessary to further their goals with money. Truth does not depend on bribery to come to light.

6. Resurrection denied, death becomes life’s chief expectation. For humanity without faith in Jesus, death seems an inevitable coda, a drudgery intensified by the multiplication of reincarnation doctrines. There is much sorrow and little hope.

7. We learn this seventh lesson from those who, against all we have said so far, picture death as something desirable. But in truth, death is no delight. Despite “fun” with Ouija boards, ghost stories, and imaginings about UFOs by the lunatic fringe, the phenomenon of contact and communication with the dead is serious business, having become increasingly popular since 1848, when some girls heard weird knocking on the wall of their home in Hydesville, New York, and undertook to converse with Mr. Splitfoot, as they called their the invisible communicator. Today celebrated scholars continue this mysterious engagement with that little-understood world of unseen spirits.

Dr. Melvin Morse, pediatrician and neuroscientist, states that at death we attain to physical and spiritual knowledge we cannot reach at other moments in life. For Morse, death actually improves one’s life.

Another famous researcher, Dr. Elizabeth Kübler-Ross, insists that death does not exist. She tells of how a Mrs. Schwartz, about 10 months buried, one day brought her an important message in an elevator in which she thought she’d been riding alone. Rather than verbally reporting her encounter and being thought sick in the head, she insisted on a signed note as confirmation of her meeting.

Philosopher and psychiatrist Raymond Moody teaches in his book Reunions that anyone can make deceased loved ones appear. And because of his work and that of others such as Kübler-Ross and Morse, death is for many no longer an obstacle and a Resurrection doctrine no more a necessity.

Strikingly enough, this blending of the realms of the dead and the living does not always require the rejection of biblical authority. In September 1998, born-again Christian Michael Sabom published a new book (Light and Death) about his studies on the theme of near-death experiences. Many of his clients tell of deceased loved ones who sent them back to the land of the living. For Dr. Sabom, this attitude of the dead has helped in the recovery of his patients. It also strengthens them in whatever faith they previously held, be it Buddhist, Christian, or New Age.

Seven Positive Lessons
Does Scripture’s insistence on the message of the Resurrection offer something better than the witness of Sabom and company? Here are seven points, this time in solid affirmation of this great historical doctrine.

1. As at Christ’s birth, God shows us in Christ’s resurrection a reality that transcends our thought and feeling. Bible accounts do not depict the Resurrection as anything ordinary: “A severe earthquake had occurred, for an angel of the Lord descended from heaven and came and rolled away the stone and sat upon it” (Matt. 28:2). Heaven’s one-angel invasion reduced the machismo of the Roman military to an impotence as virile as death (1 Cor. 15:4). Any attempt after that to explain the Resurrection by human logic or conventional analogy is doomed to failure. The Resurrection convincingly declares that God is much more than the minuscule horizons, brave science, and naive speculation of sin-warped humanity (see John 20:30, 31; 21:25).

2. The Resurrection is one more proof of God’s triumph over evil. It occurs as evidence that Christ first conquered the evils that beset life on earth. The merest blemish of His virtue—one single insignificant failure—would have made Him an interminable prisoner of Satan’s clutches. But He broke free because in life His purity had conquered the filth of sin. In the cosmic struggle between God’s Son and that great dragon called the devil, the latter was irreversibly routed, setting us free today to celebrate our own freedom in Christ from the tyranny of vice and mortality. His love for us takes away our sin. And our faith in Him takes away our punishment of death.

Left to the priests, we would never know this. Thanks to the soldiers, we do! As the Roman soldiers stumbled into the city to spread their astonishing eyewitness news, the priests forestalled them. “You are to say, ‘His disciples . . . stole Him away while we were asleep’” (Matt. 28:13).

It made no sense, of course. Fifty days later no one dared contradict Peter’s testimony: “This Jesus God raised up again, to which we are all witnesses” (Acts 2:32). The immediate result? In a single day, 3,000 sinners personalized the mighty victory of the cross over habits of vice and death, to be born again to more abundant life in Jesus Christ.

4. In respect to this truth, doubt is neither necessary nor appropriate. Christ’s judgment is stern: Thomas would not believe without sight and touch (John 20:25). And today’s Thomases are scientific models.

Christ is unimpressed. His view differs widely. He expects Mary’s report to suffice to confirm that He is alive. When He finally appeared to the 11, He rebuked their unbelief and hard-heartedness because they had not believed those who had seen His resurrected person (Mark 16:14). “Blessed are they,” He said, “who did not see, and yet believed” (John 20:29).

5. Christ cares about you. Because He has risen, you need not fear (Matt. 28:5, 6). He is with you, whether you realize it or not. Even when sunken in sadness (John 20:14) and when blind fear makes you flee trembling before the very miracle that would transport you to ecstasy (Mark 16:8). Grief can destroy you, but Christ understands. And He ministers with a touch as tender as the depth of your pain. He knows our need better than we do, and His grace will satisfy. See how, in His last appearance in the Gospels, He prepares breakfast for fishermen tired after working all night without success. He invites them to eat (John 21:1-13). He has not abandoned you. You can trust Him to be with you until the world’s end (Matt. 28:18-20).

6. The dead are dead. Never doubt that this is a positive rather than negative reality, for it draws back the veil that conceals the sinister world of spiritism. It helps us to understand that it is not our loved ones who appear to us as described by Drs. Morse, Kübler-Ross, Moody, and Sabom. Rather, they are spirits of miracle-working, world-deceiving demons (Rev. 16:14).

Christ’s resurrection teaches that the dead stay unconscious until God calls them. He will call twice: those who died believing in Him will be resurrected to life eternal (John 5:29). Michael will shout His command as He comes down the sky, spurred on by the love of His soul and the peal of God’s trumpet, to gather to Himself those who have lived and died believing in His resurrection power. He will take them away to His Father’s home for a millennium of glory (1 Thess. 4:13-18).

7. The Resurrection teaches us that we have hope. Doubt is swallowed up in faith. Because He lives, we shall live also (John 14:19). In the depths of our grief, before unimaginable disasters, lacking all human consolation, we have hope. Death is not final. There is something more, unknown to those who have no hope (1 Thess. 4:13). There is the resurrection of life.

We have this hope that has sustained us through past crises, that shines on our way today, that flings bright beams of light onto the darkness of the future, that ever burns within our hearts, and never dies. We have this hope, born of resurrection power, hope in the coming of the Lord. He who rules over death and hell has gone to prepare us a place, that where He is, we all may also be (Rev. 1:17, 18; John 14:1-3).

See you in glory!

Lael Caesar is an associate editor of Adventist Review and Adventist World.

Lael Caesar is an associate editor of Adventist Review and Adventist World. • USA 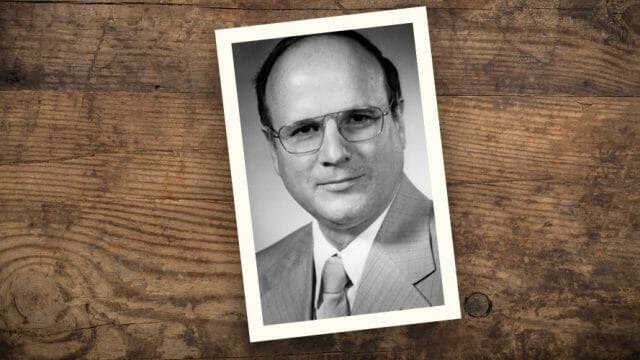 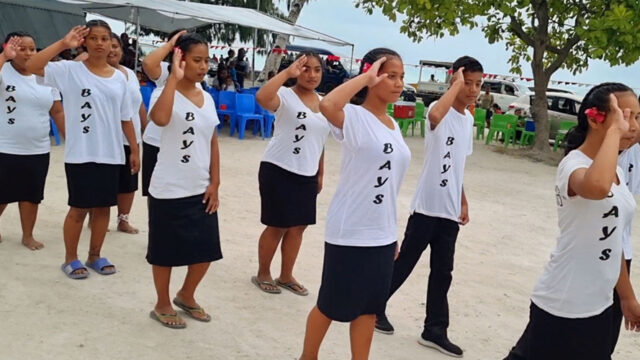 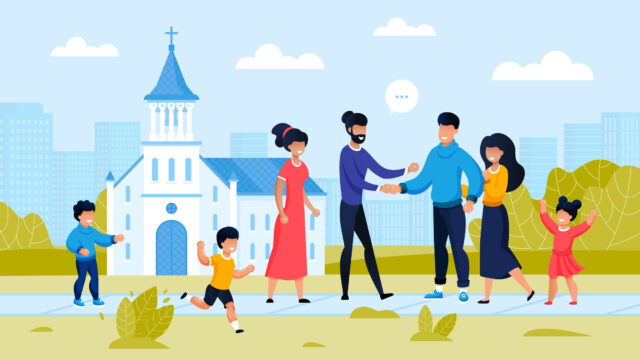 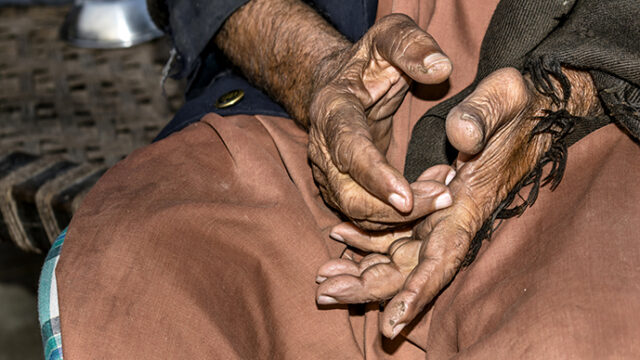 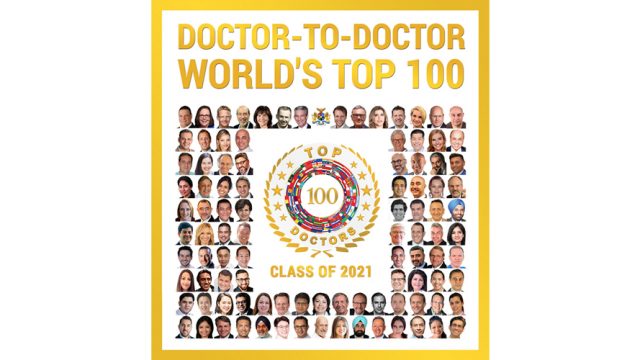