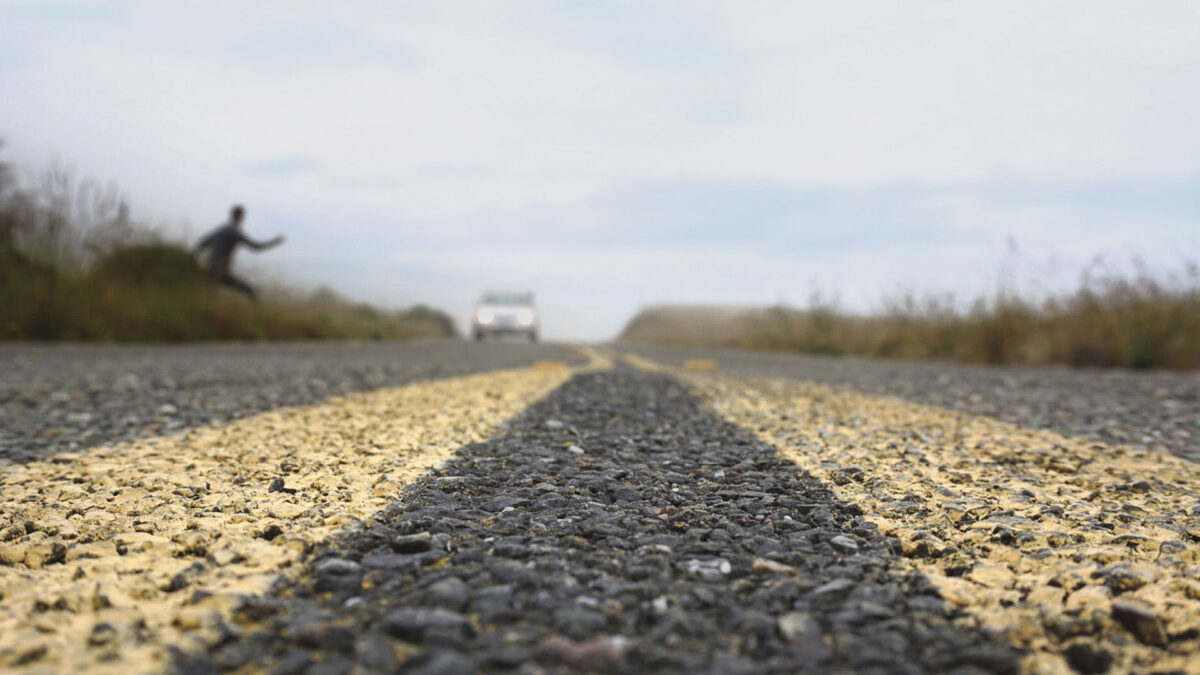 The driver got out of the car, looked at them curiously, then asked, “Are you getting in or not?”

On a warm summer day in 2012, Misha Kovach took his wife, Oksana, on a day trip from their border hometown of Uzhhorod, Ukraine, to Nyíregyháza, Hungary. “It was like a special date,” Misha says, “We went to do some shopping.”

Misha had recently become a Christian, but Oksana had refused the idea, thinking that Misha had lost his mind believing in such fantasies.

Misha parked their car at the train station, and they boarded a train in the nearby city of Chop in western Ukraine near the borders of Slovakia and Hungary. Chop is just across the river Tisza from the Hungarian town of Záhony, and there are very strict border checkpoints on either side of the bridge crossing the river.

The train took Oksana and Misha through Záhony, and then 65 more kilometers (41 miles) to their destination, Nyíregyháza, Hungary, where they spent the warm summer day walking all over the city, and shopping in various stores. For Oksana, this was no small task since Ukrainian culture dictates that she needed to be dressed up and in high heels. Before long, they were both exhausted.

When they had finished their shopping, they took the train from Nyíregyháza back to Záhony, where they faced a major scheduling challenge. The train that was to take them across the river and the remaining six kilometers (four miles) to where they had left their car in Chop was late and would not arrive for more than four hours.

The delay would be a major problem, because they had left their two young girls, 10-year-old Anastasia and 3-year- old Sophia, home alone. They needed to get back quickly and were desperate to get home as soon as possible.

Oksana, exhausted and anxious to get home to her girls, did not want to wait four hours for the next train!

“How far away is our car?” she asked Misha.

“It’s about 1.5 kilometers [one mile] to the border, then five kilometers [three miles] more to the car,” he answered. Oksana was determined, worried, tired, stressed, and a bit grumpy. Besides, the summer heat was still intense, hovering around 30 degrees Celsius (85 degrees Fahrenheit).

Oksana went from grumpy to downright unhappy. The nicely planned date wasn’t fun anymore. “Why did you plan this date?” she shouted at Misha. “Now we have to walk 1.5 kilometers to the border, find someone who will drive us across, then walk five more kilometers!”

They walked a tense 1.5 kilometers together to the border, where they began asking for a ride across the river. But every driver said, “No, I can’t pick you up,” afraid that they might have drugs or other illegal contraband that would send them all to prison.

When none of their attempts worked, Misha turned to his wife and said, “Oksana, we have a God who knows our problems. We can just pray to Him, and He will stop a car for us.”

“You’re crazy,” Oksana said. “I don’t want any part in your delusion that a God would do anything about stopping a car for us. But let’s see who can stop a car first, me, or you with your God!”

With that said, Oksana walked about 15 meters (49 feet) away to the other side of the road, determined to “show Misha.” “Father,” Misha prayed, loud enough so Oksana could hear, “You know that we need a car to stop and give us a ride across the border so we can get home to our children. Please send us a car. In Jesus’ name, Amen.”

Neither Oksana or Misha waved down the next oncoming car, but about 60 seconds after Misha prayed, a car slowed to a stop between Misha and Oksana. The driver got out of the car, looked at them curiously, then asked, “Are you getting in or not?”

“Do you know this man?” Misha asked Oksana.

“No! I’ve never seen him before. Do you know him?”

“Are you inviting us to get into your car?” Misha asked the driver.

After the Hungarian checkpoint, and still on the bridge, the driver turned to the couple that sat in the back seat of his car and said, “I must tell you something. I’ve never stopped for anyone before because it’s very dangerous. But as I was approaching the border, I heard a voice telling me to stop now and pick up these people. You probably think I’m crazy, hearing this voice, but . . .”

“You’re not crazy,” Misha said quickly. “I know you heard that voice, because 60 seconds before you stopped, I asked God to find you and have you stop for me and my wife.”

The driver was shocked that God spoke directly with two different yet interconnected people. “It must have been God answering your prayer,” he said. “Only He could make connections like that.”

The driver, still in shock, drove Misha and Oksana directly to their car in Chop, Ukraine. Upon arrival, he got out of his car and bought them each something to drink. Misha protested, saying, “You should not buy us anything; we should buy you something to drink.”

“Oh, no,” the driver said. “Absolutely not. I am buying, for today, for the very first time in my life, I know 100 percent that my God talks to me!”

Looking back on the day, both Oksana and Misha remember it as one of their best dates ever. Oksana later became a Christian, citing this event and her husband’s faith as her first experience in knowing that God is real and that He genuinely cares about each one of His children. 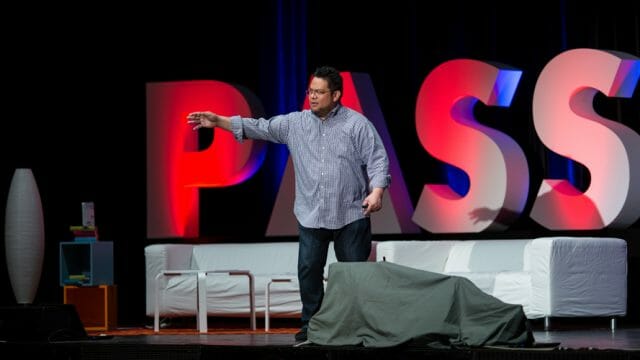 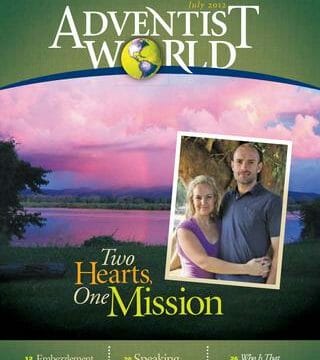 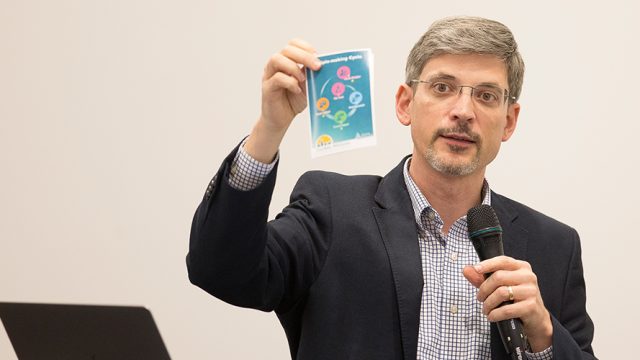 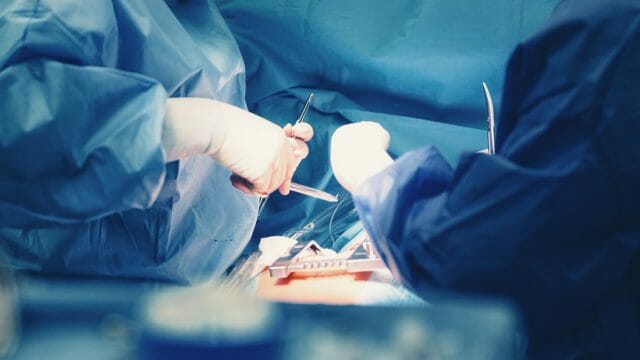 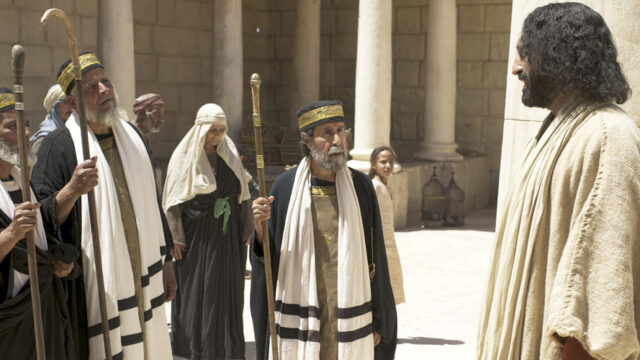