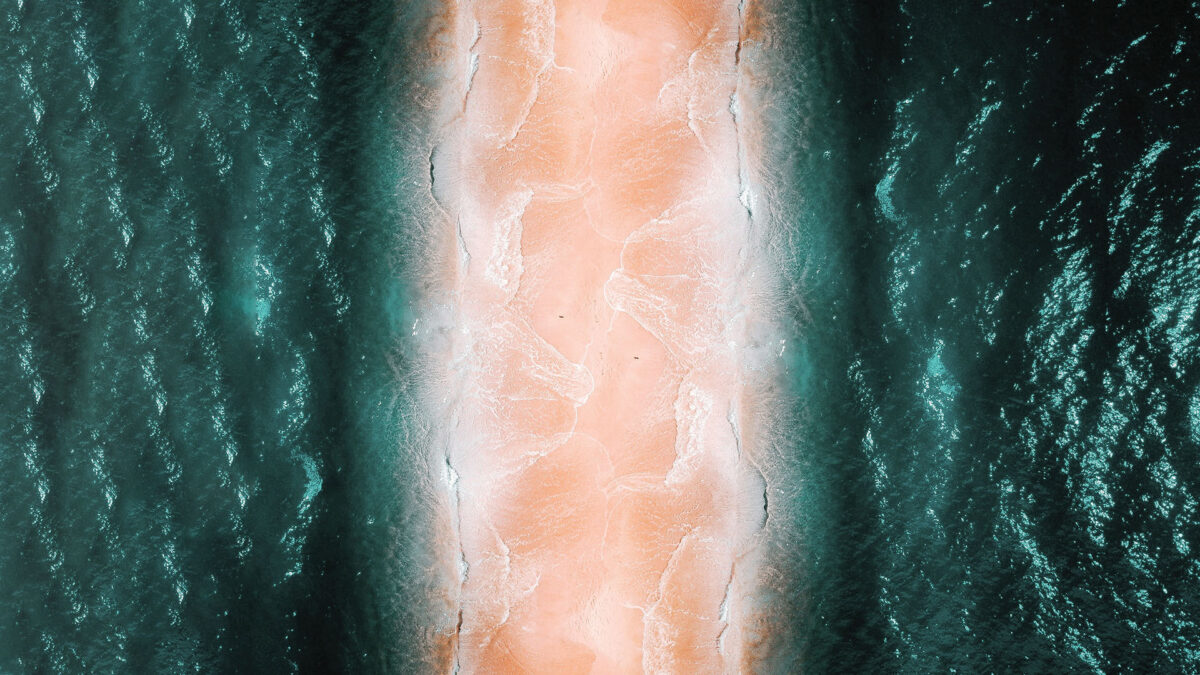 I felt my heart thumping. Where had that come from? I thought.

It wasn’t what we wanted to hear. The specialist physician was discussing another treatment plan, for the first treatment had been unsuccessful. He described a new plan of attack to get to the bottom of the many unknown causes of the health challenges I had been battling for the past two years. He was purposeful but gentle in his eye contact as he confidently articulated the new plan. By all accounts he had an impeccable bedside manner—an unspoken language all its own that I unconsciously reciprocated.

As he left the room, directing us to the administrative desks to make a follow-up appointment, I couldn’t hide my discouragement. Fear crept into my heart. I had been unwell for two years, and we had still found no answers. Instinctively, my wife squeezed my hand and told me to go ahead and make the follow-up appointment. It was her quiet encouragement to keep pushing through.

I hurriedly walked to an empty chair along the row of administrative desks, longing to wrap up the appointment. As I sat down, a woman behind the desk smiled broadly and began inquiring about the best dates for my follow-up visit. As she looked through the schedule on her computer, I noticed a small Bible tucked away to the right of her workspace.

Forgetting the discussion of dates, I inquired about the Bible—mentioning that it was comforting to see it on her desk. She smiled again, then paused and pulled out a notecard from underneath the papers on her desk. She told me that she had brought her Bible to work because she was writing a card to her son, who was in a drug rehabilitation program, but couldn’t find the verse she had on her mind. She believed the verse was in the New Testament, and just as she was about to describe the sentiment of the text on her mind, I impulsively blurted out: “It’s Philippians 4:19. ‘And my God shall supply all your need according to His riches in glory by Christ Jesus.’ Is that the verse you’re looking for?”

I felt my heart thumping. Where had that come from? I thought. She stared at me in utter surprise, a look I will never forget, and quietly said, “Yes. How did you know?” I saw tears roll down her face. I felt my own tears welling up in my eyes. We both knew that this was no coincidence—God had spoken to us in a very special way.

At that very moment I sensed God’s blessing through a palpable peace that swept my heart and mind. The fear of the unknown was gone. Sure, there was a new treatment plan I would have to embark upon, but I knew the burden of this battle was not mine to carry.

Fear of the unknown can be crippling. King Jehoshaphat, one of Judah’s good kings, knew that too. The joint forces of Moab, Ammon, and Edom were amassing their armies on the eastern side of the Dead Sea, ready to attack. Scripture tells us that “Jehoshaphat feared” (2 Chron. 20:3). In response to this fear, he turned his attention to God and prayed an emotionally raw prayer, claiming God’s past promises of leading His people to safety (cf. verses 5-12).

He didn’t pray in vain. God heard his anguished plea for help and spoke through an ordinary Levite named Jahaziel.¹ Through Jahaziel God gave a promise to King Jehoshaphat and his people that would silence their fears: “Do not be afraid nor dismayed because of this great multitude, for the battle is not yours, but God’s” (verse 15).

God told His people “not to be afraid” before declaring that the battle itself—that which they feared the most—was not actually theirs. Notice, God did not say that His people would not have to face the enemy. King Jehoshaphat still had to meet the combined armies, but, crucially, Israel would not have to fight the battle. God lovingly took away the most harrowing part of the experience, the battle itself, and carried it squarely on His own shoulders.

A GOD WHO FIGHTS FOR US

This promise is echoed loudly throughout Scripture. There is perhaps no more powerful articulation of this promise than when it was spoken to the Israelites trying to flee the suffocating suppression of Egyptian tyranny. The early moments of release into freedom seemed fleeting as their hearts quickened to the all-too-familiar sound of the unchained chariots of Egypt’s fiercest warriors eagerly pursuing them. Israel’s fear was further compounded when they realized that their path forward was blocked by the Red Sea. They felt trapped. Moses, however, was unshaken. With a rallying cry he rose up, and boldly told the Israelites not to be afraid, for “the Lord will fight for you” (Ex. 14:14).

God’s promise, given through Moses to the Israelites during the Exodus, is no different from the promise God gave to King Jehoshaphat. God would bear the burden of the battle. It’s a promise we can confidently claim in our own lives today as we face COVID-19.

But there is something deeply personal in the way Moses articulated this promise. Read carefully the words again: “The Lord will fight for you.” The statement illustrates a choice. Our heavenly Father chooses to fight for us. This provides a powerful glimpse into His character and His undeniable love for us. God goes to any length to fight for us. The cross is the best evidence.

Let this thought sink in for a moment. There are no more profound words of assurance in our walk with God than to know that He is willing to fight any battle necessary to bring us back to His heart.

Whatever fear we may hold, whatever battle we may be trying to fight alone, we are invited to claim the promise that the burden of the battle is not ours to carry, because God fights for us. Ellen White put this magnificently: “Do not be troubled. Jesus loves you, and will care for and bless you. The active, aggressive battle you can no more fight, but you can let Jesus fight it for you.”²

Takes care of creative strategy and branding at Adventist Review Ministries. He and his wife, Sierra, and their recently born daughter, Adelaide, live near Atlanta, Georgia, United States. 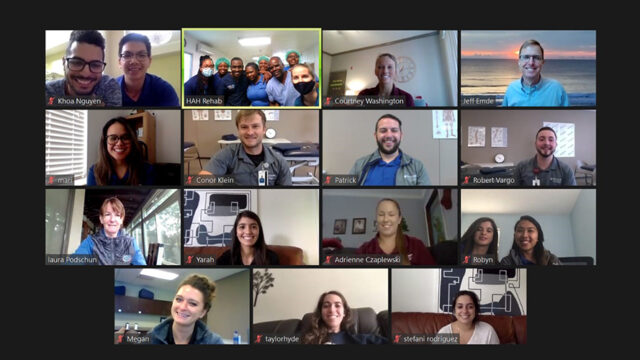 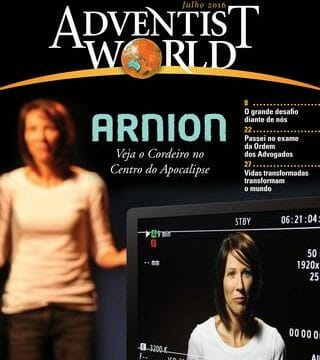 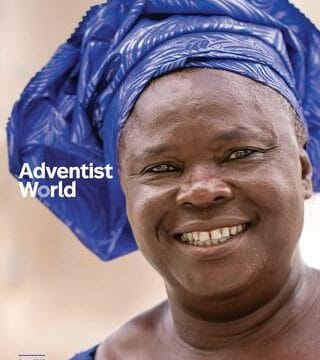 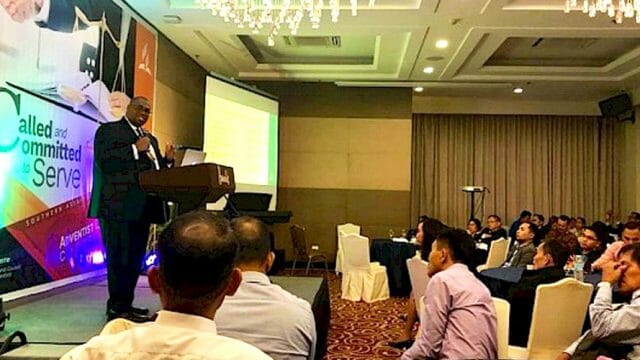