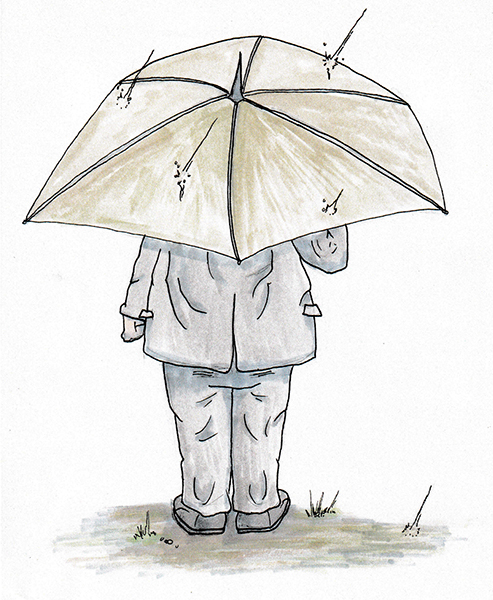 How kindness is the best witness of Jesus Christ

Once upon a time, a long time ago, there was a little family. They were very happy together, but they felt like something was missing. Momma knew just what it was, but she tried hard to forget about it. She knew that they needed to be with other church families who loved Jesus, but she was afraid. Even Daddy was afraid. Going to a new church where they didn’t know anyone was a scary thing to do. This fear had kept them away for far too long.

One Friday night Momma watched her baby boy as he cooed at her. The Holy Spirit kept nudging her to go to Sabbath School the next morning, but she wasn’t convinced. Oh, I can teach him everything he needs to know right here. We don’t have to be around scary strangers. They may not like us. They may not want to get to know us. They may . . .Momma had a very wild imagination.

That night, like almost every other night in the baby’s life, was a sleepless one. Baby hardly slept, which meant that Momma didn’t sleep. So, she had plenty of time to think about what she should do. As the sun came up, sleepy Momma thought, I’m just too tired to wrestle over it anymore. I guess we might as well try out that little church.

Courage to Go to Church

Baby boy didn’t seem to mind. He was always happy to go anywhere with Momma. So, Momma nervously got ready for church. She dressed her boy in his most handsome set of clothes and slicked down his hair with a wet washcloth. He is so beautiful, she thought. Even if they don’t like me, they can’t be too unkind to a mother carrying such a sweet baby!

As Momma drove down the road it started to rain, and then it poured. She began thinking that maybe this was not a good day to go to church. And, of course, the car ride in the rain was the perfect combination for her baby to drift into a deep slumber.

No, I don’t think this is a good day to go on such an adventure, she decided as she turned into the mud pit of a parking lot at the church. She purposely pulled into a faraway spot, not wanting to be noticed before she could put her car into reverse to make the return journey home.

She was looking in the rearview mirror, trying to see through the pouring rain whether it was safe to back up, when she heard Tap! Tap! Tap! on her passenger window. Stunned, she turned to see a man with a big smile and a giant umbrella. She rolled the window down. “Yes?” she asked, with a frightened smile, unsure of what the man was doing.

“Good morning!” the man said with a voice that sounded like a warm hug. He had a soft twinkle in his eye, and it seemed like he already knew them. “Can I give you a hand with your baby?”

The man with the giant umbrella was already opening the car door. In one quick motion, the man reached into the car and unlatched the baby’s seatbelt and lifted the carrier out. Momma sat there shocked, trying to form the words to explain that she had changed her mind about going to church that day, but it was too late now. The man with the giant umbrella was now walking toward the front door of the church, carrying her sweet child under his protective umbrella. He paused as she grabbed the diaper bag and tried to keep up with him.

Splashing through the mud, Momma was overwhelmed with the kind of fear that makes your stomach hurt and your knees go wobbly. She made a firm decision there in the mud. As soon as we reach the door of this place, I’m going to get my baby and find a backdoor and get out of here!

The man with the giant umbrella safely guided them to the porch and handed off his canopy to another man as he carried the baby inside. Momma politely thanked the man and reached for the handle of the baby carrier. But the man didn’t offer to release it, forcing Momma to take a long look into his eyes. What an overzealous door greeter! She thought. What have I gotten myself into?

As she looked for answers in his eyes, she saw a gentle soul looking back at her. He had the look of love and acceptance, almost as if he could feel her pain. His eyes were soft and his voice so gentle. He took a deep breath and paused a long time, never breaking the kind, welcoming embrace he now had on both Momma and baby.

He asked for her name, and she managed to stammer it out just barely loud enough to be heard. “Well, I’m certainly glad you came today!” He said to her softly and warmly, which was surprisingly believable. He asked if she knew where Cradle Roll class was, and she shook her head no. She still planned on finding the backdoor despite the enthusiastic welcome.

Without hesitating, the man with the giant umbrella handed the baby off to a woman who happened to be standing close by and asked her to show them to the classroom around the corner.

When will these church people give me my baby back? she wondered, now feeling cold, wet, and desperate. Momma plopped down next to where the woman sat. She expected the woman would leave as soon as they had found their seats and made the appropriate number of introductions—but no luck. The woman stayed, and stayed, and stayed. She stayed right next to her “captives” for the entire class. There would be no escape.

A Message Just for Her

When Sabbath School was over, Momma decided that since nothing had harmed her so far, she might as well stay for church. She found the darkest, quietest corner she could and sat down with her little boy. She knew the routine from childhood: stand up, sing, sit down, pray, stand up, sing, sit down, listen. Nothing much had changed since the last time she had attended church. But what she saw next surprised her: standing up at the podium was the man with the giant umbrella. He was the preacher!

He spoke with a voice that was soft and velvety, and he smiled often as he talked about the grace of Jesus. It was as if the message was meant specifically for her. He said that the Good Shepard never stops looking for His lost sheep. He explained that the father of the prodigal son didn’t scold him for being away; instead, he rejoiced that his son had returned. He added that all heaven celebrates when even one person comes back to Jesus.

Momma knew he was speaking to her.

Momma was the brave one in her home. Daddy needed a little bit more convincing, comforting, and coaxing. But the next Sabbath, Daddy went to church too.

As they sat down to hear the sermon, Daddy was not amused. He just knew that nobody there would ever want to relate to a guy like him. Nobody there had ever gotten their hands dirty, broken any of the sacred Ten Commandments, or ever would admit to it if they had.

But when the sermon began, Daddy’s ears perked up when this same man with the giant umbrella told a story about being tempted to jump a barbed-wire fence to steal parts off a car he was restoring. Then he switched gears and shared a story about a friend who used to race cars on the same back roads of Keene, Texas, that Daddy raced on when he was younger. And then he wrapped up his “old car sermon” with a Bible verse about how we can all be made into “a new creation.” Daddy had found a friend. A fellow enthusiast of all things rare and rusty!

The Gospel Is Kind

The man with the giant umbrella has brought many things into the family’s life since then. Momma and Daddy were so thankful that those lovely, “crazy church people” never did let go of their babies, but continued to love them in Sabbath School, Adventurers, Pathfinders, and school. This wonderful umbrella-toting pastor dedicated their baby boy and his two sisters to Jesus. He taught them about the true love of Christ and gave them a sense of what real Christians should be like. Baby boy and his sisters were very blessed indeed. In time, the pastor baptized the children just in time for them to go to the Philippines and teach other children about the love of Jesus. This baby boy learned to play the guitar and sing with the children because he wanted to grow up to be just like the man with the giant umbrella.

A few years later, with a voice strong and full of hope and promise, the boy—who was now a man—preached in Africa to more than 500 people. He retold the stories that the pastor with the giant umbrella had told him. He shared the same passion for forgiveness and love that he had heard from the pulpit in his childhood. Many people gave their hearts to Jesus and were baptized.

This one very short story from among probably thousands shows the impact of simple acts of love and acceptance that the man with a giant umbrella showed during his lifetime. One man, with a humble and quiet spirit, could reach the unreachable with just kindness and peace. One man who had walked down many paths could understand the pain and provide a way for healing to begin. Through his honest and genuine acceptance, his love for Jesus was multiplied and refracted again and again. Many have given their hearts to Jesus because of the simple act of kindness of a man with a giant heart. And a giant umbrella. 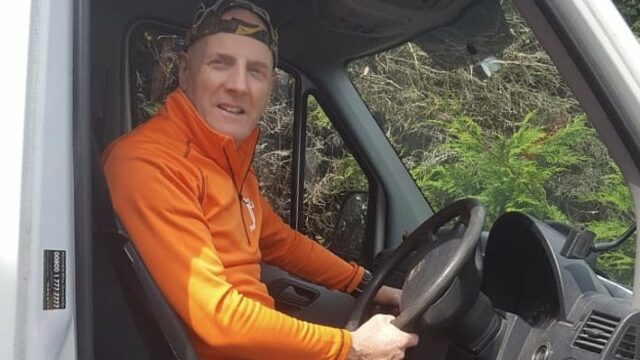 Locked Down But Not Locked Out

Let’s Focus on What Unites Us